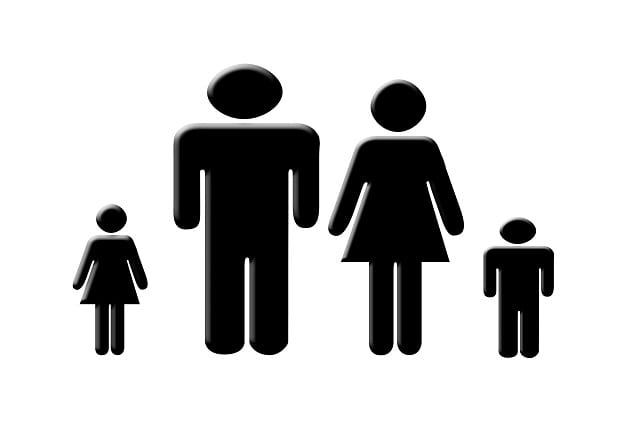 This exchange with an atheist took place in one of my blog comboxes. The words of Humanist_Activist will be in blue.

Thanks for your articulate input [on another issue] . Not much here that I haven’t already addressed. It just goes round and round. But at least you haven’t called me a bigot. :-) That’s refreshing.

Interesting that you didn’t address the inaccuracies you continue to post about transgenderism. I looked at your previous post with the conversation you had with the transgender atheist. You seem to have little interest in actually advocating for what is best for transgender people based on the best available evidence because said evidence seems to contradict your interpretation of your religion.

I didn’t call you a bigot due to trying to remain polite, but I’ll be honest and say that, from what I can tell from your posts, your religion has negatively colored your views of LGBT people. You display classic signs of confirmation bias in what evidence you would accept regarding LGBT people. For example, in your previous post regarding the Orlando shooting, you made claims that the children of same sex parents are somehow harmed by having same sex parents. Where is your evidence for this assertion?

Is there a distinction between disagreeing with a particular lifestyle and having a dim view of “people”? So, e.g., say one of my sons becomes an alcoholic. Do I now despise and hate my son because he has a problem with drinking, or do I simply say, “I hate alcoholism because of how it ruins people’s lives, including the life of my son: whom I love dearly”?

You want to apply the disagreement with non-personal things to supposed hostility to the people themselves. This is what doesn’t follow. I grant that it may in many cases of those who oppose gender fluidity or homosexual acts themselves, but it doesn’t with me in fact, and it doesn’t follow logically. We all love people with whom we disagree on something or other.

Yes I did, but you take my thought out of its context, making it look like I was talking only about LGBT. I was not. I stated:

And I would argue that when children are raised with parents of only one gender, it is harmful to their development, just as it is for children in one-parent homes, due to divorce or death. They need the role models of both biological genders. If that makes me a hater and a bigot, so be it (in terms of the false charges). I am not. This is simply Christian teaching, and backed up by secular sociological studies.

Obviously, the central point there was saying that whenever parents of one gender only are present, the children suffer, which applies also to scenarios of divorce or death or an unmarried heterosexual couple where the father splits (single moms).

You remarkably transform that from a concern about the well-being of children, to somehow being “anti-LGBT.”

My major in college was sociology. Here are some of the many hundreds of secular studies in social science, on the impact of the absence of a father in child development (which would be the case with two lesbians raising a child):

Given the fact that these and other social problems correlate more strongly with fatherlessness than with any other factor, surpassing race, social class and poverty, father absence may well be the most critical social issue of our time. In Fatherless America, David Blankenhorn calls the crisis of fatherless children “the most destructive trend of our generation.”

A recent British report from the University of Birmingham, Dad and Me, confirms Blankenhorn’s claims, concluding that the need for a father is on an epidemic scale, and “father deficit” should be treated as a public health issue.”We ignore the problem of father absence to our peril. Of perhaps greatest concern is the lack of response from our lawmakers and policymakers, who pay lip service to the paramount importance of the “best interests of the child,” yet turn a blind eye to father absence, ignoring the vast body of research on the dire consequences to children’s well-being.

6) “Statistics of a Fatherless America” (Photius.com; scores and scores of scientific studies and their conclusions listed)

7) “Are Children Raised With Absent Fathers Worse Off?” (Brookings Institution, 7-15-14)

I could go on and on all day. Here is the Google search I did, if readers want to find many more studies along these lines:

I simply changed the search from “father” to “mother” and this produced a host of articles about the absence of a mother on children, too:

Now, in the past, all of this would have been patently obvious: children need both their mothers and fathers, and it’s better for them to have both than to not have one or the other. Probably not one in a hundred people would disagree with that. But today it is (ridiculously) controversial.

Again with the inaccuracies, you are citing studies that study, almost exclusively, single parent homes. There are loads of reasons why differences in outcomes can occur, from additional financial stress, lack of emotional availability, lack of availability in general for the single parent, etc. You automatically assume that the issue is the gender of the parent, not the fact that they are the only one.

This isn’t comparable to two-parent, same sex households that are stable and long term. There are studies that show that children is said households have equal or better outcomes as those in more traditional two-parent, two-sex households. [link to studies]

So it would seem that the mitigating factor is stability and availability of the parents, not their gender. I will say though, that its more likely that homosexual couples will adopt or purposely conceive a child than heterosexual parents, so that may explain why, in some instances, their children outperform other household’s children in certain aspects. The parents are more likely to be involved in their child’s development when they have to put in a lot of effort to have the child.

Also, and I’ll be frank, you more or less confirmed the point I made about having a negative view of homosexuals in general, because you are going to disregard the evidence I presented in the link above, probably under the guise that the professional organizations are being “politically correct” or something along those lines.

Oh, and comparing homosexuality with alcoholism? Why is this comparison valid? There’s no comparison, there’s no negative cost to society being a homosexual who starts a family, nor is there an individual cost. You can’t say the same for alcoholism.

The studies prove or suggest what they prove (or suggest), no matter how much you protest. The absence of a father (speaking generally or sociological) is very harmful on child development, as is the absence of a mother. This would be the case with both two lesbian parents and two homosexual male parents.

Obviously, overall, having two parents of the same sex would be better than having one parent of either (primarily due to economics, which is also a very prominent indicator of later functionality and development), but that doesn’t overcome the overwhelming force of the social science data regarding what I (not you) was talking about: absence of one gender in the parents in a home.

As to my analogy with alcoholism, it was misunderstood, just as analogies so often are. It seems to be a lost form of argument these days. The analogy had nothing to do with a direct comparison of alcoholism and homosexuals, because the analogy demonstrated the (categorically much larger) false notion that one must equate persons with some aspects of those persons. So I came up with an alcoholic son as an argument against it, showing that the parent continues to love the son, despite his alcoholism. They despise the alcoholism, not the son. Likewise, one need not have any personally negative view of homosexuals, simply because one disagrees with what is entailed with the lifestyle.

But apparently, that is beyond your comprehension. For you, anyone who thinks heterosexuality is a norm in society, must necessarily have “a negative view of homosexuals.” You don’t seem to be able to grasp the crucial distinctions between persons and actions.

But many millions of people think in those terms today, in our relativistic, secular, subjective, anti-traditional society. A person’s idea and/or actions equal him or her. This is clearly and obviously false.

Then you put on your [false] prophet hat, predicting confidently that I am “going to disregard the evidence I presented in the link above”.

I don’t at all. It looks like valid social science studies to me, in credentialed journals (minus two [25%], that look like advocacy magazines). It is technically two different issues, and studies like this are tightly controlled as to causation. I produced many more studies for the point of view I am arguing, and you can’t simply dismiss those, as you have done. All of the data has to be considered together. I have not dismissed yours. I simply noted that two out of eight appear to be less than objective, by the journal title (Journal of GLBT Family Studies).

Likewise, I didn’t produce studies by Christian groups (which would — almost always — immediately be dismissed by atheists and secularists and humanists). I produced (to my knowledge) all secular social science studies. And sociology is an overwhelmingly secular field; believe me, I know from my own college experience majoring in it, and subsequent study. So if there is any bias there, it is towards your views, not mine. 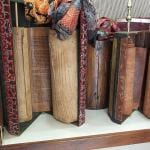 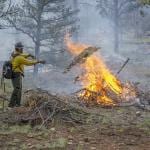 September 19, 2019 Vs. James White #4: Eternal Security of Believers?
Recent Comments
0 | Leave a Comment
Browse Our Archives
get the latest from
Biblical Evidence for Catholicism
Sign up for our newsletter
POPULAR AT PATHEOS Catholic
1