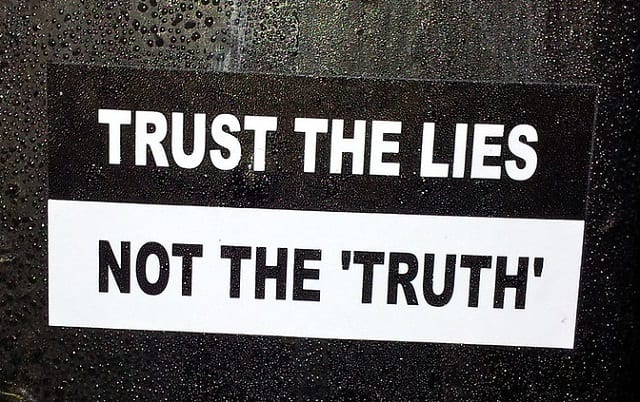 [Introduction: This is what is called a “jeremiad” and one particular form of expression that I resort to (along with sarcasm and satire) when I am almost completely fed up with a topic, and when recourse to reason and fact seem to be accomplishing exactly nothing. So then one engages in this sort of “prophetic”-type rant or jeremiad, and (hopefully) righteous indignation.]

The continuing controversies about the pope’s supposed lousy teachings or phrases simply reinforce the world’s and Protestants’ perceptions that Catholics are kind o’ “dumb.” What a shame.

If we can’t even read words intelligently and rationally in grammatical and theological context, then we’re no better than fundamentalists who take everything literally in the Bible, when some of it is not literal, and who interpret in a foolish, relentlessly anti-intellectual, “wooden” manner.

Those who do this interpret the pope’s words the way anti-Catholics cynically interpret our entire theology. It’s pathetic and pitiful and disgraceful. It’s scandalous and the sin of calumny and slander.

There is all this bull hockey and hogwash running down the pope and making out that he is some kind of idiot or imbecile. I think if those terms apply to anyone, they fit those who can’t learn how to read his sentences and comprehend what they mean.

Obviously, I have become completely fed up with, and completely lost patience with all this nonsense. There is no excuse for it. The ones who want to perpetuate this are making Catholics and the Church a laughingstock.

Give the devil his due. I think Satan has been extremely clever in bringing about this state of affairs where the Holy Father is relentlessly trashed and made an object of suspicion and disdain even from otherwise perfectly orthodox Catholics.

And we Catholics are equally stupid, dumb, and imbecilic in falling for this tactic and strategy; enthusiastically volunteering to be dupes and pawns and useful idiots of the devil in his design of mocking and weakening the Catholic Church and its witness to the world, and message of hope.

Pope Francis is a straight shooter. He’s not some kind of  remote, super-pious figure. He speaks in normal, vernacular terms, so people can better relate to him. This is what St. Paul taught: “I have become all things to all men,” and what Vatican II urged all Catholics to do.

The twin evils of modernism and relativism pervade the thought processes of even those who claim to be conservative or traditional Catholics. I see how quick people judge every word of the Pope based on mere “political” perceptions without any real effort to place them within the context of magisterial Catholic teaching or within the context of his overall thought or even in the context of a whole conversation or statement, and it breaks my heart at the lack of humility, deference, or respect shown.

There is no consideration that it is possible that news outlets are misquoting his statements, despite the fact that you and others have shown time and time again that he was misquoted. There is no effort to reconcile his teaching against prior teaching of the Church. The mere fact that he says things in a way we are not used to does not mean that he is teaching something different than what orthodox teaching reveals.

Never once has anyone been able to show that his teaching contradicts what previous popes have said or written, yet some folks still presume that he is teaching something contrary to Church teaching. That is presumptive and sinful.

There is no deference shown in regards to the fact that nuances of language are being lost in translation or need to be viewed from the standpoint of his cultural upbringing. The maxim that ‘the translator is a traitor’ is still as true today as it was when it was first uttered, and we Americans do not consider that Pope Francis was not raised in a Western European setting, nor do we show any understanding that the Pope came from an economically and socially developing country.

We simply have no frame of reference to understand how that would color his remarks. We are so quick to judge his words against our perceptions of Church teaching according to our conservative or liberal mindsets. We fail to humbly acknowledge the possibility that our perceptions of what the Church teaches may be actually wrong or incomplete and that it is our view that needs amendment rather than the Pope’s teaching.

If I understand the Pope’s words [about Catholics reproducing like “rabbits”]  in context, he did not say that people should not have children or that it is now okay to use artificial birth control or abortion to regulate the size of one’s family. Rather, we as Christians have an obligation to be responsible in using the gifts and grace of our sexuality and ability to imitate Our heavenly Father by procreating.

March 28, 2020
Why Has Italy Suffered the Most from Coronavirus?
Next Post

March 30, 2020 Pope Francis: 7 C-Sections is "Irresponsible" (Group Discussion)
Recent Comments
0 | Leave a Comment
"You have written well about Erasmus. But, I don't think that is the view that ..."
Prasanth Erasmus-Luther Correspondence: 1517 to 1534
"Thanks for letting me know. I will stop following them from now on."
Prasanth Did Moses Exist? No Absolute Proof, ..."
"Sorry, I just wanted you to react with that. Never expected it to be such ..."
Prasanth Did Moses Exist? No Absolute Proof, ..."
"We didn't but Gnu Atheists need their argumentum ad hominem. Cheers brother."
Jim the Scott Did Moses Exist? No Absolute Proof, ..."
Browse Our Archives
get the latest from
Biblical Evidence for Catholicism
Sign up for our newsletter
POPULAR AT PATHEOS Catholic
1