Why Has Italy Suffered the Most from Coronavirus?

Why Has Italy Suffered the Most from Coronavirus? March 28, 2020 Dave Armstrong

+ Reflections on the Propriety of Using the Term, “Chinese Flu” / Condemnation of Anti-Chinese Prejudice 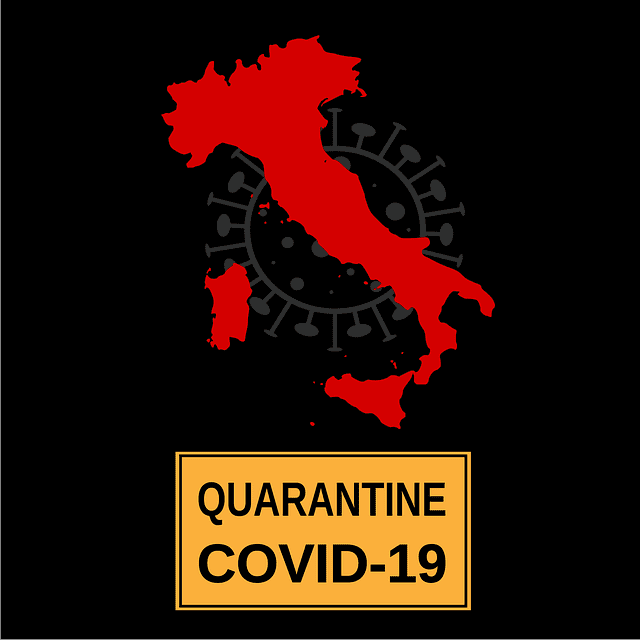 More Chinese tourists have visited Italy this year than any other European country, with many seeking out the country’s villages and hamlets. . . .

Forget about France, Germany or Greece – Italy is now the most popular European destination for Chinese tourists.. . .

According to Italian tourism authorities, roughly 3.5 million Chinese travellers had visited Italy this year by the end of October [2019], . . .

Dr. Anthony Fauci, chief medical adviser to the Trump administration’s coronavirus task force, and expert on epidemics, agrees with this assessment as a big factor in the spread of the virus, stating:

Italy got hit very badly because they had a large number of importations from China by Chinese tourists . . . Before they even knew what was going on, there was enough baseline people spreading that it essentially got out of hand, . . .

I think this can explain much of it, in and of itself. Of course, it obviously isn’t the fault of these tourists: that many were carrying a virus that originated in China; therefore, Europeans would not have built up any immunity to it. It’s similar to Europeans bringing various diseases to the New World after 1492. The Native Americans and other indigenous people dropped like flies because they had no immunity.

That wasn’t the Europeans’ fault (many other things were); likewise, this isn’t the Chinese people’s fault. It’s their terrible government that covered up the epidemic in its beginning stages, who bear the blame (I think, the most blame in this whole tragedy). No one knows better than the Chinese how oppressive and evil their Communist government is. A government is not the same as the people the government governs.

I will take this opportunity to utterly condemn and abhor any and all acts of prejudice or bigotry against Chinese people, or Chinese-Americans (and other Asian-Americans: to the extent that they may be also affected to some degree). It’s a terrible American trait to look down on ethnic groups different from one’s own. Our original sin was slavery. Even after we abolished that, it took another hundred years to get rid of institutionalized racism, enshrined in law.

Though racism is without question grotesquely exaggerated and made the topic of constant demagoguery by Democrats, for political purposes, it doesn’t follow that it doesn’t exist at all. It does, and those who are the recipients of it know this full well. One can discuss how prevalent it is, but anyone with two brain cells wouldn’t deny that it still does.

I understand why President Trump has been using the term, “Chinese flu.” His point is that it originated there (just as the term “Spanish flu” has been used for over a hundred years to name the terrible flu pandemic of 1918). As I understand it, he is also protesting the claim by the Chinese government that the coronavirus was introduced there by American soldiers. So, typically, it’s his provocative way of sticking a finger in the eye of the Chinese dictator and his lackeys. It does not imply at all (in his mind) that there is anything wrong or inferior about Chinese people.

The New York Times addressed the “American soldiers” fiction in an article dated 3-13-20:

China is pushing a new theory about the origins of the coronavirus: It is an American disease that might have been introduced by members of the United States Army who visited Wuhan in October.

There is not a shred of evidence to support that, but the notion received an official endorsement from China’s Ministry of Foreign Affairs, whose spokesman accused American officials of not coming clean about what they know about the disease.

The intentional spreading of an unfounded conspiracy theory — which recirculated on China’s tightly controlled internet on Friday — punctuated a downward spiral in relations between the two countries . . .

The circulation of disinformation is not a new tactic for the Communist Party state. The United States, in particular, is often a foil of Chinese propaganda efforts.

That said, I agree that — especially in the present tense situation –, the term “Chinese flu” can cause repercussions among unsavory people inclined towards racism and bigotry, who take it out on innocent victims. Benjamin Tong is a Facebook friend of mine, and he wrote on my page:

I agree that it could have been worse without restricting travelers from China entering the US. And a Democrat president could have handled it worse. As a Chinese descendant, I’m okay with President Trump not being PC in these precautions, however, not likely to forgive him for calling the disease “Chinese virus”. Now in America and Europe, many Chinese and Asians are facing discrimination and some even suffer from hate crimes everyday because of this disease. And I think that President Trump is making it worse by using the term “Chinese virus”.

I basically agree with him. I don’t think it’s racist per se, or that Trump is, but I take his point, which is a valid one.

Likewise, my friend Dr. Christopher Atwood, a professional historian who specializes in Mongolian Studies, wrote on my Facebook page:

Reality check: most Asians I know who go out have experienced at the very least occasional strange looks, muttered comments, ostentatious distancing, and similar things in public if not worse. Pretty much every Asian I know would like to wear a mask to protect themselves and others, but is scared to do it because they worry it will provoke hostility. That’s the reality. If Trump really wanted to address this, he would do a news conference in a mask.

I myself (having written several articles about the virus) have always — from the beginning — used the word “coronavirus.” I even checked just now to make sure. I’ve been an observer (and condemner) of racism and prejudice literally for 53 years. It started as a result of the Detroit Riots in 1967. Then I majored in sociology at Wayne State University in Detroit. I’ve always been very passionate about the great wrongness and immorality of it.

Accordingly, I have written articles condemning names of sports teams like Cleveland Indians or Atlanta Braves or Washington Redskins. For the record, I received very vigorous opposition in taking that stand. I grant that there may be a legitimate case to be made (and indeed, many Native Americans: maybe even a majority, as I recall, say that they don’t care). In any event, I think it shows that I am sensitive to labeling aspects like this concerning ethnic groups other than my own (Anglo-Saxon / Celtic-, Scottish-, and Canadian-American) and how it affects minority groups in America. So I “get it.”

Sara Belligoni wrote a very insightful article entitled, “5 reasons the coronavirus hit Italy so hard” (The Conversation, 3-26-20). None of her five reasons included the great number of Chinese tourists. She observed:

Italians have the sixth-longest life expectancy in the world – 84 years old. That means lots of Italians are elderly: In 2018, 22.6% of its population was 65 or over, among the highest proportions in Europe.

Medical researchers have said the coronavirus poses a more serious threat to older people than to younger ones. . . .

Italians aren’t used to social distancing. They are very physically affectionate people: Hugs and cheek-kisses are common not just among family members but also friends and even work colleagues.

Even when they’re just chatting, Italians are closer together than many other people, because their culture’s psychological perception of personal space is smaller than in other countries. . . .

4. Northern Italy is a business hub

Milan, in northern Italy, is the country’s financial capital, and has close trade and educational connections with China. The whole region of northern Italy is home to offices for many multinational corporations.

This is obviously bad news for Italy, but encouraging to the rest of the world insofar as it shows that circumstances leading to the great tragedy there are fairly unique and wouldn’t be replicated in their entirety elsewhere. In other words, other countries are not likely at all to have their experience. The US has the most cases anywhere now, but a far lower death rate than Italy. And even in Italy there are already signs that the plague is starting to decrease.

Review of 2021 Remix of The...
Biblical Evidence for Catholicism
Books by This Author Books by Dave Armstrong