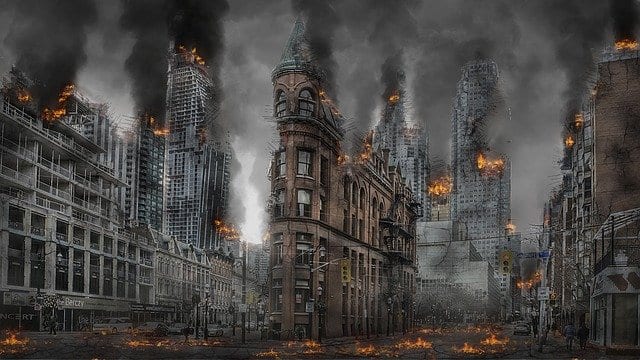 This continues the discussion that took place in the previous installment, with Paul Connors. His words will be in blue. My words from last time that he cites, will be in green and indented.

Thanks for your continuing replies. I love opportunities to clarify and counter-reply. It helps everyone clarify their own views.

This is precisely the problem in many of the ‘apocalyptic’ models and predictions: they assume we will sit on our butts and do nothing whatever, which is utterly naive and unrealistic.

Models? What you say about the models is false. Of the two scientific models that have come under your criticism, neither does any such thing. Each of them presents a range of possible actions and their estimated effects.

I haven’t named any models that I think are “apocalyptic.” You have simply assumed it. I never said that the famous Ferguson model was that. Nor have I even classified him as politically “left” (I have no idea what political inclinations he has; and don’t care). Quite the contrary; I praised him to the skies:

[E]veryone’s talking about Dr. Neil Ferguson: and well they should. He’s an important figure, and deserves high praise for likely having saved many millions of lives. How many people can say that they have done that? It’s extraordinary.

Thus, in absence of specifically naming any, it’s reasonable to assume that I was referring to the hysterical ruminations of Mary P. and Rebecca Hamilton, which I was. Anyone can see that I think their predictions and claims are absurd, and therefore, fall into the category that I am excoriating as leftish “apocalypticism” and doom-and-gloom, etc.

I recognize the importance of worst-case scenarios. They have their place to make people realize real possibilities of what could actually happen. But then the media and the leftish doom-and-gloom outlook take that and present it as if no one could possibly disagree with it.

Exactly what you mean by “disagree with it” is not at all clear.

What I mean is that it tends to become (at least in the media and the usual left-dominated venues: academia, Hollywood et al) some unquestioned quasi-dogma, and anyone who thinks differently is summarily dismissed as “anti-science.” It’s a variation of the climate change canard: “99.99999% of scientists accept climate change in its full doom-and-gloom Al Gore sense.” Neither thing is true. And this is what I was critiquing. I am not anti-science if I happen to believe that there won’t be 100 million deaths from coronavirus.

If it was gonna be the worst-case scenario, China would have been the obvious place for that to happen. As it is, they only have had 3,296 deaths, which is nothing compared to the annual flu epidemic that I believe every nation experiences. Italy can be said to be the worst-case scenario (9,134 deaths out of 86,948 cases), but even that — terrible and tragic as it is — is pretty small compared to other outbreaks and catastrophes. So, for example, one scientific study from 2018 summarized about the 1918 influenza epidemic in Italy:

Judging from past responses, you’d probably say, “well, this ain’t over yet . . .” Granted, but again I say, as I have, so far there is no comparison in the statistics (9,134 is 2.2% of 410,000), and time will tell what the final result will be. There are indications that the crisis in Italy has hit its peak and is stating to decline; though it is more of a jagged graph curve. A CNBC article noted three days ago:

The number of deaths rose by 601 on Monday, the smallest increase in four days, according to data from the Italian authorities. The number of new confirmed cases also slowed Monday. These figures have raised expectations that the worse could be over for the country with the highest number of deaths from the virus worldwide.

I’m tracking the same sort of thing in the US: it is a general decline in the rate of increase over the last week. That’s the top of the curve, and may not be the “beginning of the end” but likely is the “end of the beginning,” as a friend of mine stated. Bottom line: if Italy is the very worst scenario we can observe so far, and even there it looks like it is (thank God) slowly starting to decline and decrease, then the absolute nightmare scenario for the whole word seems to be considerably less plausible, at least prima facie (as a best guesstimate).

I have just explained what my view is. I’m all for the standard quarantine and social distancing precautions being recommended and observed, and do so myself. I’m talking about the overall picture, which incorporates action being taken by nations: precisely as is happening on a wide scale. These in turn bring the numbers way down, which is why Neil Ferguson said that the death toll in England will be lower than 20,000 rather than 500,000 (because they followed his advice).

I fail to see how all of these observable facts add up to a nightmare / worst-case scenario. They just don’t. If estimated deaths in England are now 25 times less (96% less) than they could have been, how is that a worst-case scenario?

Israeli Nobel Prize winner and Stanford biophysicist Michael Levitt … Why is it that we’re talking a lot less about the person who has made such accurate and stunning predictions?

What Levitt is doing is plotting a graph of the death numbers versus time, and then extrapolating a short distance into the future. That’s not a model. It’s simply an observation of the effects of whatever health measures have been put in place. It’s utterly useless for predicting what will happen when those measures are removed, or when different measures are put in place — and thus it is useless for guiding what to do.

You can call it whatever you like. He accurately predicted what happened in China. It wasn’t Ferguson or anyone else. Yet all you can do is blow that off and act as if it is useless information. It should be highly encouraging to all of us and give us great hope that the whole crisis will be far shorter and much less severe than it could have been if we responded stupidly.

I do notice that Levitt has previously said “I will be surprised if the number of deaths in Israel surpasses 10”. The number is currently 12. So far.

So this is your big counter-argument? He was off by two deaths in a total of 3,035 cases, and you think this is a bad prediction? What a joke . . . Now, to my knowledge, he hasn’t made any such definite prediction for the US, but if he does, I will take it very seriously. 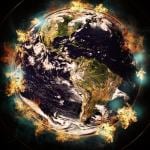 March 28, 2020 Why Has Italy Suffered the Most from Coronavirus?
Recent Comments
0 | Leave a Comment
Browse Our Archives
Related posts from Biblical Evidence for Catholicism