Will US Coronavirus Deaths Be Far Less than Predicted?

Will US Coronavirus Deaths Be Far Less than Predicted? April 7, 2020 Dave Armstrong 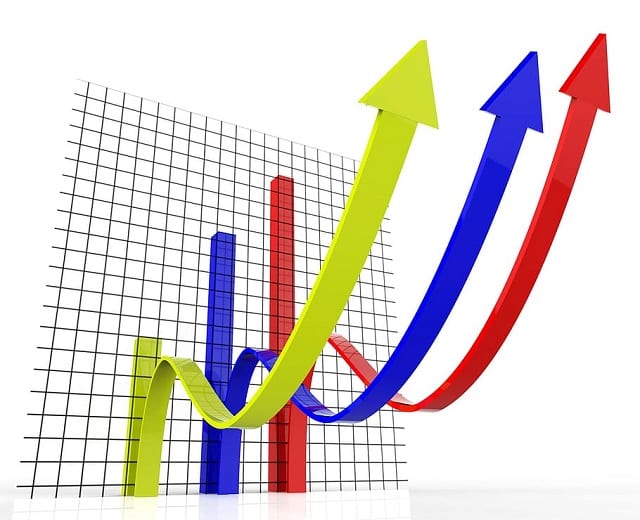 Dr. Anthony Fauci has been saying all along that models regarding coronavirus and epidemics in general are only as good as the starting assumptions they begin with. Nevertheless, he has been following the prominent ones (especially the Imperial College / Neil Ferguson model) and they formed the basis for his statements of estimated total casualties.  The Imperial College model predicted (on whatever basis it established) 2.2 million deaths in the US, and 500,000 in the UK.

Ferguson later downgraded the UK figure to 20,000 or lower, if proper social distancing continues, which means that the original prediction was off by a factor of 25 times too high. The current death toll in the UK is 6,171 and the peak is likely to occur soon, as in the US. I haven’t heard what Ferguson thinks the final toll in the US might be.

Now, granted, the predictions in the model are self-consciously dependent or contingent upon the actual behavior of a population, and it turns out that people (in the US, certainly) have been remarkably observant of the social distancing and quarantine guidelines. I understand that, and have explained it to critics who don’t get that.

But I still maintain that the original figures thrown out to the public were grotesquely excessive and irresponsible and had the effect of creating mass hysteria (often on the left of the political spectrum) and also conspiratorialism (which is usually on the far right). Anyone readily surveying their Facebook feeds will readily see much of both extremes.

Dr. Fauci and Dr. Deborah Birx keep downgrading their predictions. They have to, because the data increasingly do not support the original fantastically inflated models. At what point, however, does this continual revising deserve any legitimate [scientific / logical, not personal]  criticism? Last week Dr. Fauci was talking about 100,000-200,000 in the US alone (right now we stand at 12,021 deaths, with the peak before the descent on the famous graph curve thought to be within a week).

Now (latest update) they say it may be as low as 40,000, according to the models being analyzed by Dr. Birx (with the average of all of them being 93,000). I think that’s much more like it, but that even the lowest figure will more likely than not be too high for the US.

Director of the Centers for Disease Control, Robert Redfield, thinks a lot more like how I have been thinking about this whole thing (as of an article yesterday at ABC News):

One of the nation’s top public health officials suggested Monday that because Americans are taking social distancing recommendations “to heart,” the death toll from the novel coronavirus will be “much, much, much lower” than models have projected.

“I think you’re going to see the numbers are, in fact, going to be much less than what would have been predicted by the models,” he said. . . .

“Models are only as good as their assumptions, obviously there are a lot of unknowns about the virus” he said. “A model should never be used to assume that we have a number.”

I basically called it eleven days ago in an article of mine, dated 3-27-20:

This is precisely the problem in many of the “apocalyptic” models and predictions: they assume we will sit on our butts and do nothing whatever, which is utterly naive and unrealistic. Of course, we will do all kinds of things to oppose the spread of a deadly virus: as we observe all over the place.

Lots of folks are working on vaccines and treatments and masks and ventilators and ways to get by in quarantine; four hospitals are being built in New York City; Congress passed a $2 trillion bill to help folks survive during this emergency period [see an article and a follow-up on the many positive things that are happening in response to the virus]. But predictive “warning” models seem to so often assume a “static” non-response: as if human action and intervention are not even factors in outcomes and reasonable predictions.

I recognize the importance of worst-case scenarios. They have their place to make people realize real possibilities of what could actually happen. But then the media and the leftish doom-and-gloom outlook take that and present it as if no one could possibly disagree with it (i.e., have any alternate predictive model), in turn creating public hysteria and a fertile breeding-ground for all kinds of conspiracy theories right and left. . . .

I appear to have much more faith in human ingenuity and resolve and the power of science and reason to proactively fight against coronavirus and conquer it: including a big dose of good old “can do” American pragmatism.

There will still be great tragedy and human cost, but (I submit) far less than the left has imagined and set forth, in its pessimistic apocalypticism.

Robert Redfield essentially stated the same notion on 6 April 2020, as reported in his Wikipedia entry:

[T]hose models that were done, they assume only about 50 percent of the American public would pay attention to the recommendations. In fact, what we’re seeing is a large majority of the American public are taking the social distancing recommendations to heart. And I think that’s the direct consequence of why you’re seeing the numbers are going to be much, much, much lower than would have been predicted by the models.

The day before I had written about the hysteria among several leftish Patheos Catholic writers (the same place which hosts my blog):

[T]hree hundred ninety-two thousand are predicted to die. 342,000 of those people marked for death might be saved if the whole state remains sheltering in place and if we’re very fortunate.

Really? The current death toll in New York (unarguably the worst place in the country right now, for infection) is 366. But Mary thinks up to 392,000 may die there alone? That’s 17.67 times the number for the entire world right now. She lives in an alternate universe.

I think we can say (now, 15 days later) with an extremely high level of certainty that there will not be 392,000 deaths in New York state alone, when the toll for the whole country now stands at 12,021, and with the peak of the graph likely coming very soon. But this is the sort of hysteria that was rampant on March 23rd. I exposed it for what it was, and I think I have identified why the scientific models (that, sadly, promoted reactions like this) were so wildly wrong; again, as I wrote on 3-27-20:  “[T]hey assume we will sit on our butts and do nothing whatever.”

That assumption is doubly naive, I would contend, in light of the historical fact, that Americans have been quite willing to do social distancing in order to combat a virus, as was shown during the terrible flu pandemic of 1918 (as I documented in my other article today). If the scientists (and historians of such things) have come to realize that, then it seems to me that they should have been more realistic in their models, about how human reaction and compliance would be a huge factor in how deadly this virus would eventually be.

I have been an “equal opportunity” critic in my articles about coronavirus, having written three concerning the errors of the far theological / political right (#1, 2, and 8 below), and five (including this one), about errors generally on the theological / political left (#3-5, 7 below), along with a sociological / historical survey of the situation in Italy (#6), that didn’t get into these left /right discussions, and also condemned anti-Chinese prejudice, which the left usually emphasizes relatively more than the right.

6. Why Has Italy Suffered the Most from Coronavirus? (+ Reflections on the Propriety of Using the Term, “Chinese Flu” / Condemnation of Anti-Chinese Prejudice) [3-28-20]

8. Coronavirus: Chris Ferrara vs. Science & Historical Precedent (Social Distancing Was Used in the 1918 Flu Pandemic and Has Been Shown Again and Again to be Highly Effective) [4-7-20]