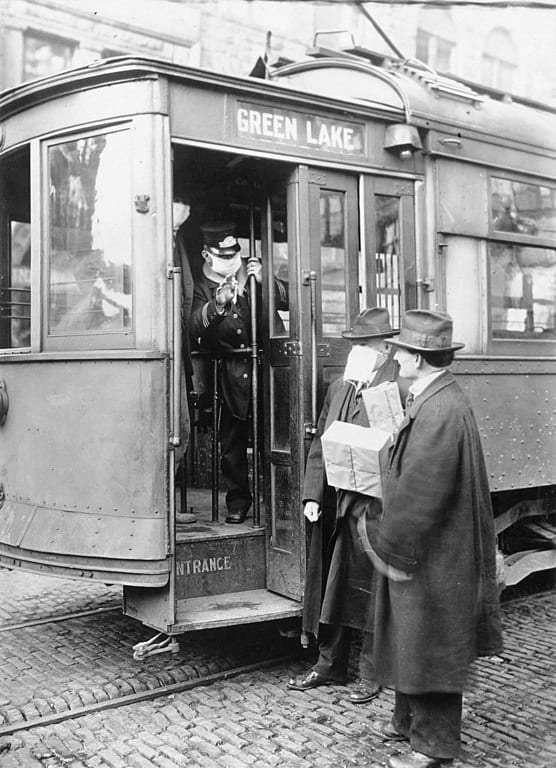 Chris Ferrara writes for the radical Catholic reactionary site, The Remnant. Predictable as the sunrise, the current coronavirus crisis has immediately brought out the incipient wacko conspiratorialist paranoia that this group of quasi-schismatics has been specializing in for over fifty years. Writing on 4-6-20, Ferrara pulls out all the stops in characterizing the crisis and the prescribed societal treatment as a manufactured left-wing hoax:

[I]t is time to call this fiasco what it is: Coronagate. In my view, Coronagate will go down as the single biggest fraud in the fraud-ridden history of American politics . . .

. . . the credo of panic that is the only way to keep this whole scam going.

Chris (a lawyer, not a scientist, by the way) is not one to mince words . . . I’d like to concentrate on one claim in particular that he makes:

[T]his ongoing National Quarantine Theatre of the Absurd, of which he [Dr. Fauci] is one of the principal directors, has no precedent in epidemiological history. And with good reason. This kind of “mitigation” was never deemed necessary or conceivable during even the worst pandemics of previous years. And it should not have been attempted in this case either, . . .

This is manifestly and simply untrue. It’s a falsehood. Abundant proof of that exists in the article, “How some cities ‘flattened the curve’ during the 1918 flu pandemic” (Nina Strochlic & Riley D. Champline, National Geographic, 3-27-20). Sub-title: “Social distancing isn’t a new idea—it saved thousands of American lives during the last great pandemic. Here’s how it worked.” It is a goldmine of fascinating historical information about the catastrophic flu pandemic of 1918-1920: complete with lots of easily understood graphs. I now cite it at length:

The 1918 flu, also known as the Spanish Flu, lasted until 1920 and is considered the deadliest pandemic in modern history. Today, as the world grinds to a halt in response to the coronavirus, scientists and historians are studying the 1918 outbreak for clues to the most effective way to stop a global pandemic. . . .

From its first known U.S. case, at a Kansas military base in March 1918, the flu spread across the country. Shortly after health measures were put in place in Philadelphia, a case popped up in St. Louis. Two days later, the city shut down most public gatherings and quarantined victims in their homes. The cases slowed. By the end of the pandemic, between 50 and 100 million people were dead worldwide, including more than 500,000 Americans—but the death rate in St. Louis was less than half of the rate in Philadelphia. The deaths due to the virus were estimated to be about 358 people per 100,000 in St Louis, compared to 807 per 100,000 in Philadelphia during the first six months—the deadliest period—of the pandemic. . . .

After implementing a multitude of strict closures and controls on public gatherings, St. Louis, San Francisco, Milwaukee, and Kansas City responded fastest and most effectively: Interventions there were credited with cutting transmission rates by 30 to 50 percent. New York City, which reacted earliest to the crisis with mandatory quarantines and staggered business hours, experienced the lowest death rate on the Eastern seaboard.

In 2007, a study in the Journal of the American Medial Association analyzed health data from the U.S. census that experienced the 1918 pandemic, and charted the death rates of 43 U.S. cities. That same year, two studies published in the Proceedings of the National Academy of Sciences sought to understand how responses influenced the disease’s spread in different cities. By comparing fatality rates, timing, and public health interventions, they found death rates were around 50 percent lower in cities that implemented preventative measures early on, versus those that did so late or not at all. The most effective efforts had simultaneously closed schools, churches, and theaters, and banned public gatherings. This would allow time for vaccine development (though a flu vaccine was not used until the 1940s) and lessened the strain on health care systems.

The studies reached another important conclusion: That relaxing intervention measures too early could cause an otherwise stabilized city to relapse. St. Louis, for example, was so emboldened by its low death rate that the city lifted restrictions on public gatherings less than two months after the outbreak began. A rash of new cases soon followed. Of the cities that kept interventions in place, none experienced a second wave of high death rates.

These findings exactly confirm why New York has the biggest problem right now. It was very late to implement social distancing, as I have copiously documented elsewhere. Places like Washington and California have done much better in that regard, and the effect is plainly evident in a much flatter graph curve. Internationally, we also know that much stricter quarantine measures (perhaps not practically or culturally possible in America) stopped the virus in its tracks in places like South Korea and Singapore.

There are other historical examples as well: from Wikipedia: “Social Distancing” (see further specific bibliographic references there, by following the footnotes provided below):

During the 1916 New York City polio epidemic, when there were more than 27000 cases and more than 6000 deaths due to polio in the United States, with more than 2000 deaths in New York City alone, movie theatres were closed, meetings were cancelled, public gatherings were almost non-existent, and children were warned not to drink from water fountains, and told to avoid amusement parks, swimming pools and beaches. [56][57] . . .

School closures were shown to reduce morbidity from the Asian flu by 90% during the 1957–1958 outbreak,[63] and up to 50% in controlling influenza in the U.S., 2004–2008.[64] Similarly, mandatory school closures and other social distancing measures were associated with a 29% to 37% reduction in influenza transmission rates during the 2009 flu epidemic in Mexico.

During the swine flu outbreak in 2009 in the UK, in an article titled “Closure of schools during an influenza pandemic” published in the The Lancet Infectious Diseases, a group of epidemiologists endorsed the closure of schools in order to interrupt the course of the infection, slow further spread and buy time to research and produce a vaccine.[66] Having studied previous influenza pandemics including the 1918 flu pandemic, the influenza pandemic of 1957 and the 1968 flu pandemic, they reported on the economic and workforce effect school closure would have, particularly with a large percentage of doctors and nurses being women, of whom half had children under the age of 16. They also looked at the dynamics of the spread of influenza in France during French school holidays and noted that cases of flu dropped when schools closed and re-emerged when they re-opened. They noted that when teachers in Israel went on strike during the flu season of 1999–2000, visits to doctors and the number of respiratory infections dropped by more than a fifth and more than two fifths respectively.

Social distancing interventions were not always trusted, . . . they were widely ignored during flu pandemics in 1957 and 1968. But in the 2000s, several papers . . . reanalyzed Spanish flu data to show the efficacy of distancing measures—and the US Centers for Disease Control and Prevention later incorporated them into their outbreak guidance. . . .

“You can compare the outcomes in Hong Kong, Singapore, and Taiwan, which used such interventions aggressively from the very start, with what happened in Wuhan and what is happening now in Iran and Italy,” wrote Hatchett. “There is no reason to expect the virus to behave differently in Europe and the US than it has in Asia.” . . .

But social distancing doesn’t have to be draconian. South Korea has adopted a modern version of the St. Louis [1918] model; the country never locked its citizens down or quarantined entire cities, but has still managed to slow the spread of the new coronavirus. In recent days, new infections have leveled off thanks in part to thousands of free daily tests and a coordinated government effort that closed schools, canceled public events, and supported flexible working arrangements.

So for Ferrara to make blanket claims that social distancing and mitigation haven’t been done before, do not work, and are unwarranted at present (let alone his view that the present US policy is a deliberate fraud and a scam) is ignorant and clueless, both scientifically and in light of past and recent history. I guess he feels safe in making such ridiculous statements because he knows most of his readers are as conspiratorial and paranoid in their mentality (and gullible) as he is himself, and so won’t bother to check and verify his claims: as I was able to do by spending five minutes in a Google Search.

Note: I let Chris Ferrara know in the comments under his article [link] that I have responded, and I provided the link: at 2:17 PM ET, 4-7-20. The comments are moderated, so I’ll let you know if it is allowed or not. I predict that it won’t be.

Indeed, by 2:25 it was already removed. The Comment Guidelines for the site do not forbid posting a URL. Very well. He has been informed. Will he defend his position? Again, I predict not. Or he might come back with a post containing merely mockery and slander and no substantive reply (which he has done in the past). His choice . . .

Photo credit: Precautions taken in Seattle, Washington during the “Spanish Influenza” pandemic would not permit anyone to ride on the street cars without wearing a mask. 1918. [source] [public domain / Wikimedia Commons]