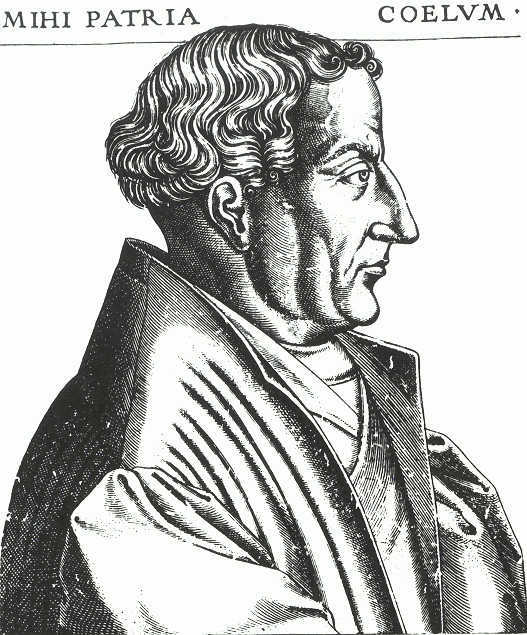 I just put up earlier today, a paper dealing with an attempt in 2015 of anti-Catholic Calvinist apologist James Swan, to belittle a mistake regarding Luther’s successor Philip Melanchthon that I made in my research, that actually originates from an erroneous citation made by secular historian Will Durant. I noted in it that this was his frequent methodology, and cited another paper of mine on the Anabaptists, which caused Swan to make a very embarrassing citation error (mistaking a 16th century Anabaptist for a modern editor). In this earlier article I observed:

Now, this may seem like my nitpicking or piling on, in a case of a simple mistake or human error. Readers may wonder why I am making such a “big deal” about it. I do precisely because Swan is always pointing out human errors in Catholic works (he’s noted real or — usually — falsely alleged — ones in my writings for seventeen years). If a Catholic had made such an embarrassing error like this, we can be sure Swan would have trumpeted it from the rooftops as yet more evidence that we don’t know how to properly cite a source, and that we’re always trying to lie about and misrepresent Luther; that we’re, well, kind of dumb, and that we know nothing about context in reading and citing sources.

Curious, after completing this revised upload today, I wandered over to Swan’s blog, Boor’s All, to see what he was up to lately. And lo and behold, I discovered that in his latest offering (5-3-20) he is going after an old citation of mine from a 1991 paper. It’s classic Swan dubious “research” / polemical tactics all-around:

1) Citing my words and references without noting that they were from me.

2) Not mentioning the name of my article, so folks can examine it in context.

3) Not providing a URL / link to my old paper, even though he has obviously tracked it down — or if not is certainly capable of it — (and provides links all over the place to everything else he mentions).

4) Not bothering to mention that in subsequent revisions of my old 1991 paper (as far back as 10-31-03), I removed the alleged citation. And of course it would be unthinkable to actually commend me for doing so (since I am a lowly, unregenerate, idolater, Pelagian Catholic).

5) Acting as if this mistake is proof of a general tendency of Catholic apologists (with the implication that Protestant apologists are above ever making such mistakes).

He had done almost all this in his 2015 analysis of Will Durant’s mistake, that I unfortunately unknowingly perpetuated. At the end, however, he actually gave a title of one of my books (without naming me). At least someone could look that up . . .

The alleged citation is as follows (with my introduction):

Despite theological affinities, [Martin] Bucer had quite a low opinion of [John] Calvin: “Calvin is a true mad dog. The man is wicked, and he judges of people according as he loves or hates them.”

Bucer (1491-1551) was a fairly prominent early Protestant leader. Swan wrote about these words:

This quote popped on my radar recently when it was presented in an on-line discussion group focusing on “debate” between Rome’s defenders and the Reformation. The quote has traveled around the Internet for a number of years (at least twenty). Previous to that, it was very popular in nineteenth-century Roman Catholic polemical writings. . . .

Rome’s defenders have once again, not gone deep into history. . . . The documentation I was provided with was “113;v.1:467.” A basic Google search leads to the probable cyber-source: a Roman Catholic apologetics web-page documenting, in part, the sixteenth century “intolerance” aspect of the Reformers against each other.  “113” corresponds to an entry in a web-page bibliography:  “Spalding, Martin J. {Archbishop of Baltimore}, The History of the Protestant Reformation, 2 vols., Baltimore: John Murphy, 1876.” This information is accurate, as far as it goes, but unfortunately, it doesn’t go that far to the actual primary source. . . .

I’m confident that Roman Catholic polemicists are those ultimately responsible to substantiate the claim that “Bucer had quite a low opinion of Calvin.” The proof they’ve used thus far, a spurious quote devoid of context, put forth by Calvin’s known enemy, fails as evidence.

The citation came from a book chapter originally intended for the original massively larger version of what became my first (1996) book, A Biblical Defense of Catholicism, completed on 3 June 1991: just under three months after I was received into the Catholic Church. Back then there was no Internet. I typed it on an electric typewriter.

There were also, of course, no links or cutting-and-pasting like today, and no Google Books and Internet Archive and wondrous search tools that Swan utilizes to save scores and scores of hours of research time in his relentless effort to undermine, embarrass, and discredit Catholic apologists. I had whatever books I managed to amass in my personal library, and a few photocopies of portions of Catholic works obtained from the massive library at the Jesuit University of Detroit.

Fresh upon conversion, and one which to a significant degree was based on having read about the so-called “Reformation” from a Catholic viewpoint, I was eager to find more Catholic historical sources. One of these was this work mentioned above by Archbishop Martin Spalding. I assumed he could be trusted in his scholarship, being a bishop, but this is not always the case. The temptation of anti-Protestantism in those days (1876) was often too strong and led to shoddy research.

I didn’t know that yet, in 1991, but I would eventually come to see that it was true. I probably could have figured it out if I thought about it very much (based on the analogy of Protestant anti-Catholic bias), but this is one of the usual flaws of the young zealous convert. I was simply using whatever Catholic sources on early Protestantism that I could get my hands on.

Starting in February 1997 when I began my website: Biblical Evidence for Catholicism (still called that today), this paper went online, entitled, “The Protestant Inquisition (‘Reformation’ Intolerance and Persecution).” One can see the dubious citation in question in the first version of the paper: scanned on 13 August 2001.

This was also true of another work that was greatly discredited by anti-Protestant bias and inaccuracies, The Facts About Luther: a 1916 volume by Patrick O’Hare that I found in a local Catholic bookstore and used quite a bit when I first converted. There was very little Catholic material critical of Luther available in those pre-Internet days. In due course, I discovered that both were untrustworthy sources, and I purged them from any online papers of mine (and even from my personal library). We live and learn.

Now, what is particularly dishonest and unethical / underhanded about Swan, when he is dealing with anything to do with me, is how he will deliberately ignore the fact that I often have revised my early papers (or in some cases removed them altogether). We know this to be true without a doubt, because I have seen him make note of revisions of my papers, when it suits his cynical purpose. To him, it appears to be some big joke, and (as he fancies) my attempting to cover up my tracks when caught, so no one will know what an atrocious researcher I am.

In actuality, it is the process of ongoing learning and revision and growth in particular knowledge that every honest, truth-seeking researcher / apologist / thinker goes through. The more I learn, I revise, because my writing is influencing others, and I want it to be as accurate as it possibly can.

So here we have a case of Swan troubling himself to write about this one bogus citation, drawn from my 1991 paper (online since 1997), which I had removed by 31 October 2003 (that’s over 16 years ago), and still trying to rub my face in it. It’s simply dishonest. The honest, fair researcher would never have mentioned it in connection with me (which could be deduced — even without my name being mentioned — if someone dug deeply enough).

Swan has literally been writing about me since 2002: often virtually obsessed with my work (though he later deliberately removed my name from almost every reference), and his readers know full well that I am often in the picture with regard to posts like this from him (i.e., things having to do with Luther, Calvin et al).

So the honest thing to do would have been to either not mention my connection with ongoing use of this “citation” at all, or if I am brought up (and he should do so fairly with my name and a link or links), make it plain that I have removed this citation over 16 years ago, and that if someone is drawing it from my work, it is from an outdated earlier version, that I myself have in effect renounced.

Swan habitually avoids doing things like that, out of his extreme personal derision towards me. He thinks the sky would fall down if he recognized anything good in myself or my work. I must (as a hideous Catholic, and an apologist for the Beast) be demonized, caricatured, and dismissed. And I think that stinks and gives a bad name to not just Protestant anti-Catholic polemical apologetics, but all apologetics. We apologists have a responsibility to do much better than this. James Swan falls far short in living up to the Christian ethical standard and ideal. And that reflects (however remotely) on my own work, and makes it harder to do legitimate, constructive apologetics. 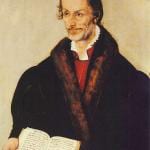 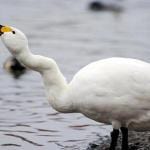 May 6, 2020 Ultra-Hypocritical James Swan Insultapalooza Post
Recent Comments
0 | Leave a Comment
Browse Our Archives
get the latest from
Biblical Evidence for Catholicism
Sign up for our newsletter
POPULAR AT PATHEOS Catholic
1