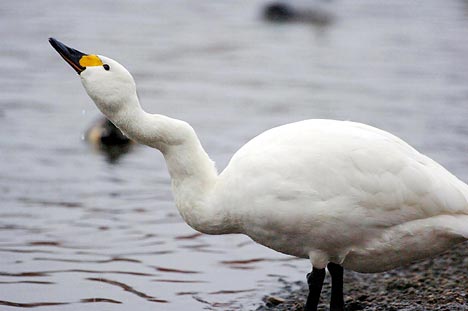 [photo source]
***
Anti-Catholic Reformed Protestant polemicist James Swan put up “The Beggars All Insultapalooza Post” which documents some insults (and true statements) made about him. He included four of my comments (all of which are quite true and easily able to be massively defended and documented):

James Swan Bolsters His Reputation as a Dense Amateur Church Historian and Hypocritical Nitpicker Yet Again.

So let Swan play his games and spend his time on trifles and stupid stuff.
But a raving anti-Catholic like Swan has no such interest in unity and finding common ground. He can”t even figure out that Catholics are fellow Christians.
*
Occasionally I expose him for what he is: an inveterate liar when it comes to Catholicism and Catholic apologists.

As per his usual policy, I am not named, because on his site I am He Who Shall Never Be Named. Yet in “code” in comments, oblique reference is made to me by “Austin”: “Some of my favorite insults have come from our mutual friend (Mr. Socrates himself). I actually wish he would self publish a quote book of his own insults. Now THAT would sell.”
The “Socrates” thing comes from part of the former URL for my website: “socrates58”. Then Swan gives his opinion: “Austin, those statements aren’t insults, they’re ‘apologetics.’ The statements are meant to demonstrate creative wit- like Chesterton.”
Now, one would have to know the background to recognize the huge, massive hypocrisy in all this. I’ve been dealing off and on with this guy since 2002. Swan talking about charitable and substantive discourse (as if he does this) is sort of like, say, Don Rickles condemning the comedic insult, or a giraffe condemning long necks, or a pig going after mud.
I (and many other Catholics and Catholic apologists) have been the recipient of mountains of insults from this guy, just as I have from many active anti-Catholics. This is largely how they argue; hence, I document their tactics to show them for what they are (just as one of my comments about Swan above stated). I’ve explained why I do this, here and many other times.
Don’t even start in with the criticisms (that always are made in threads like this) about “why do you pay him attention?” etc. I am explaining why. There is always a purpose to everything I do, and it’s reflected upon and thought-out, believe me. I compiled a lengthy post documenting Swan’s infinite number of lies and insults about me through the years. Here are just the categories of the insults (with many entries under each one):

1. Charges of My Allegedly Lousy, Incompetent, Dishonest, or Nonexistent “Research”

2. Claims of My Supposed Butchering of, or Complete Neglect of Context
3. Swan Doesn’t Take Me “Seriously” (Despite His Obsessive 150 Papers or So About My Work)
4. Accusation of My Allegedly Unethical, Cynical Editing of Opponents’ Words
5. My Alleged Profound Narcissism
6. Accusation of Constant Dishonest Tampering With My Own Blog Posts
7. Charge That I Am Dishonest and/or Cynically Revise Past History
8. Accusation That I Am Unethically Motivated by Filthy Lucre, Without Principle

9. Insinuation That I Am Not a Legitimate Catholic Apologist (I Simply “Proclaimed” Myself to Be One)

And note that this paper was a shortened version of a longer one that I had removed. But Swan kept up his hypocritical, sanctimonious lying, and so I brought it back again in an abridged form, to set the record straight (for any of you serious students of anti-Catholic integrity and discussion “method” out there).
I did precisely the same regarding my documentation of his most famous and notorious insult of yours truly: that I am literally mentally ill; entitled, “Am I a Psychotic Madman? Diagnoses from Reformed Protestant Anti-Catholic Polemicist James Swan.” I put it up, later took it down, then because he continued the insults and acted as if he had made none, I put it up again (and now it will remain up, indefinitely).
I won’t bother to quote that. Go read it if you don’t believe me. I just wanted to note that these statements are out there as a matter of record. Some remain to this day online in various places. Others were removed for butt-covering purposes, without the slightest hint of true repentance.
Even here there has to be additional hypocrisy. It’s Swan’s stock-in-trade. If anyone dares merely state that Martin Luther (whom he writes about a lot) suffered from serious depression, or possibly was bipolar, Swan throws a fit and makes out as if this is the most outrageous thing in the history of the world, and perfectly irrelevant. Yet many good Luther historians (of all stripes) make the same claim, as I have documented:
*
Luther’s Projection of His Depression & Crises Onto St. Paul [6-1-06]
*
Did Luther Suffer from Recurring Depression? [7-4-07]
*
Was Luther a Neurotic? Protestant Biographers Say Yes [4-28-10]
*
But say that ol’ Dave Armstrong is a “psychotic” and “not quite right” and that I am supposedly a profound “narcissist” and all the other sewer scum lies that Swan and his fellow anti-Catholic cronies throw out regularly, in public, with regard for neither charity nor truth; well, that’s perfectly acceptable!
I will always note the double standard and document how anti-Catholics “argue.” Don’t follow these guys. They show their true stripes by their low ethical standards and even lower reasoning abilities. Jesus said, “the good tree produces good fruit” and “you will know them by their fruits.” This ain’t good fruit, folks. Lies never are. They come from the pit of hell, from the father of lies: Satan himself.
*
***

As I said, there is a long history here. Swan does not regard us as Christians, and regularly lies about us personally and about our belief system. That calls for some necessary firmness and harshness in reply (this is the background), just as Jesus did with the Pharisees and Paul did with various errors and those who promulgated them, and with liars and those with wild tongues.

It’s impossible for anyone to understand the dynamics of what Swan does, and what his opponents do, who starts out saying, “I have no idea who this guy is.”

I freely grant that these anti-Catholics are my brothers in Christ. They do no such thing with me or Catholics who follow the Church’s teachings, and that is why no real discussion with them is possible.

All that said, obviously there are Catholics, too, who shoot off at the mouth and say dumb or untrue things about Protestants, and I have always condemned that. In fact, the first statement Swan cited in his post, I deleted from my site, because it was excessive and had “anti-Protestant” elements which I do not countenance. And it was made by a friend of mine.

I’m consistent in my ethical standards.

Most Protestants regard us as Christians. It’s only a tiny fringe minority that are anti-Catholic, and Swan is among them. I primarily oppose anti-Catholicism. I defend Catholic teachings where they differ from Protestant, of course, but it is in a far different spirit than these guys exhibit, because for them, we are in spiritual darkness.
*
***
(originally 2-17-15 on Facebook)
*
*** 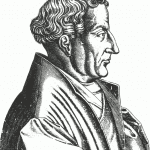 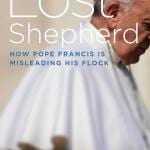 May 6, 2020 Phil Lawler's Mythical Private Letter (Unfruitful Discussion)
Recent Comments
0 | Leave a Comment
Browse Our Archives
get the latest from
Biblical Evidence for Catholicism
Sign up for our newsletter
POPULAR AT PATHEOS Catholic
1