Did Luther Suffer from Recurring Depression? 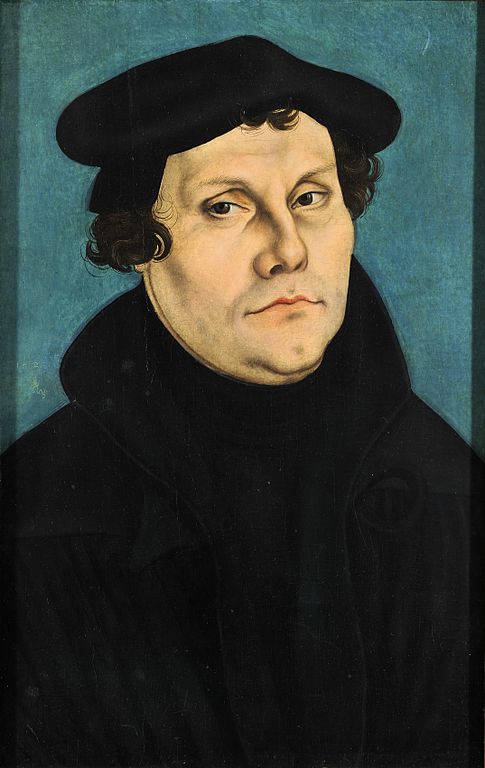 Some folks seem to think that it is “anti-Protestant” or “anti-Luther” or otherwise thoroughly unsavory and impolite, or even unecumenical to even ask this question, yet it is undeniably a valid issue, with many historians coming down on the affirmative regarding the matter. Nor is it improper and outrageous to opine that the existence of such things, if documented, might have some small degree of effect on the man’s theology. It certainly could be the case.

We are whole creatures, not merely abstract rational machines, disconnected from the reality of day-to-day life and our own interior emotional and psychological struggles, as the case may be. Physical maladies and adverse life experiences could just as well influence our beliefs to some extent. It would be foolish to deny this.

That said, I approach the topic as predominantly an interesting historical question. Previously I dealt with this to some extent in a paper, citing non-Catholic historians. I don’t judge the man, if indeed he suffered from significant psychological difficulties (as appears to be the case), in all likelihood caused by (as we now know) biochemical imbalances. I’m the parent of two special needs children, and I surely don’t blame them or look down on them because of factors beyond their own control. My wife has suffered from very severe post-partum depression. Moreover, I experienced at one six-month period in my life, in 1977 (though never since) a severe and prolonged clinical depression, so I know what it is like from the “inside.”

In fact, to a considerable extent, I would contend, these “abnormalities” are a blessing, because people who have them often possess other notable attributes and qualities to a disproportionate degree. Likewise with Martin Luther. But it is a relevant issue to discuss. If it is not, then many Protestant or otherwise non-Catholic historians have — for some reason other than “anti-Luther” motivations — fallen prey to writing about it.

In my older paper, I cited the very eminent Protestant Luther historians Heiko A. Oberman, (citing Luther’s own description of an acute crisis in 1527-1528: “I have known these tribulations since my youth; but I never expected that they would so increase”), David C. Steinmetz (“Luther continued to suffer periods of severe spiritual anxiety”), and Roland Bainton (“[T]he recognition is inescapable that he had persistent maladies . . . The recurrence of these depressions raises for us again the question whether they may have had some physical basis . . . His whole life was a struggle against them, a fight for faith”).

Can any more be produced? Certainly. I recently created links to a great deal of Luther literature available online, either entirely or at least able to be searched. Let’s see if we can find any additional corroboration for this hypothesis:

[H]e was perhaps like many others at the time prone to melancholy — we would say say depression, even (as modern psychological jargon has it) “clinical” depression of a sort that might require treatment by a good paternal figure.

She [his wife] was a consolation to him in his bouts with tristitia, a word meaning “sadness” that I think is here best translated by “depression,” attacks that he said in 1533 were greater afflictions than all his enemies and labors . . . He had these attacks often, he said . . .

[H]e was frequently plagued by sickness during the remaining decade of his life, especially from pain caused by stones but also by severe headaches and depression.

When we survey Luther’s illnesses after 1527, it is obvious that in the meantime he had become an unstable man. Again and again can be seen the connection between his circulatory problems and an emotional depression, combined with his spiritual Anfechtungen, . . .

[T]he friar was assailed by hours of restlessness and agonizing doubts. It is quite probable that this began to be the case early in his cloister life. “When I was first inducted into the monastery, it happened that I would always go about sad and depressed and could not shake off this melancholy,” This is one of the recollections from his early middle age. There is reason to think, as we have seen, that fits of depression beset him before his entry into the cloister . . . Nevertheless, though physical causes may have accentuated the attacks of depression, their source lay in his psychical personality and therefore far below the reach of the investigator’s plummet. They play a large role in his reminiscences and undoubtedly began early in life, for they recur throughout the middle years. It was a part of the mythology implanted in childhood that he should have regarded these visitations as temptations of the devil. “It seems to me,” he declares in 1521, “that from childhood Satan foresaw in me something of what he is now suffering from me. That is the reason he has raged against me with unbelievable tricks to hamper and destroy me, so that I have often wondered whether I was not the only one among mortals in whom he was laying his traps.” 62 The attacks followed him through life, but with advancing age he worked out a system, based largely on the Scriptures, by which he gave himself successful treatment. The strife against mental depression, he concluded, is a struggle with the devil 63 God is happiness and hates melancholy; the devil is melancholy, 64 and the Christian who fights off its attacks is resisting the devil. 65 . . . He himself seems to have escaped any real mental difficulty, but the tension of life showed itself in pronounced hysterical symptoms which may be noted from time to time in the monastic years and tended to present themselves also, though less acutely, at middle age and even on the threshold of old age. These “temptations,” as he calls them, brought him occasionally to the verge of despair. We have read the story of the fit in the cloister choir as reported to Johann Cochlaeus by certain Augustinian brothers. It bears marks of probability, for Luther himself records another instance of strikingly similar character which happened some years later, probably in 1515. Then, as he tells a scribe at table sixteen years after the event, he was struck with terror at sight of the sacrament borne by the vicar general, Dr. Staupitz, in the Corpus Christi procession. 69 His sensitivity to powerful attacks of depression is shown by several experiences recorded later but evidently belonging to the days when he was still in the Augustinian order. A vivid recollection of this kind comes down from the period of the struggle over indulgences and is found in the Explanations on the Power of Indulgences in 1518. Here, in a remarkable passage on the tortures of purgatory, he describes pangs of conscience which he had endured. “They lasted, to be sure, only a short while, but they were so hard and infernal that no tongue can express their power, no pen describe it, nor can anyone believe it who has never had the experience. If they should remain at their most extreme point for an hour, yes, even six minutes, the victim must quite perish and all his bones be turned to ashes.” 70 About the same time at which these words were written, possibly two or three years later, he seems to have suffered severe attacks of despair, especially the feeling that he was hated of God. “I was beset by the most extreme temptations [fear of the wrath of God]; they devoured my body as with fire so that I scarcely remained alive.” 71 Respecting a similar onset at the same period of life, he declares that no one could console him, so that he was obliged to ask: “Am I the only one to suffer the spirit of sadness? I saw so many apparitions. But ten years ago when I was alone, God comforted me with his angels to go on struggling and writing.” 72

69 TR, I, No. 137 (1531). Aurifaber’s German translation of the passage builds up still [?] the impression of terror. Whether the attack was known only to himself or was apparent to others Luther does not disclose.

70 Resolutions disputattonum de indulgentiarum virtute (1518), WA, I, 557, 11. 34 jff. Scheel, Martin Luther, II, 635, raises a doubt as to whether Luther really refers to himself in this passage. Its introduction, “Sed et ego novi hominem, qui has poenas saepius passum sese asseruit,” obviously is a rhetorical imitation of that of St. Paul in his recital of his heavenly vision in II Cor. 12.2: “Scio hominem in Chnsto ante annos quatuordecim. . . .” Luther’s recital, however, follows a reference to cases of torment of conscience cited by Tauler, and this raises the possibility that Martin has here in mind another sufferer than himself. There is, however, a certain realism in the passage that bears the stamp of personal experience.

71 TR, II, No. 1263 (1531): “Ante decem annos primum sensi hanc desperationem et irae divinae tentationem. Hab darnach rhue gehabt, ut etiam uxorem ducercm so gutte tag hett ich, sed postea rediit.” This extract from Schlaginhaufen, one of the reporters of the Table Talk, agrees verbally, with trifling deviations, with a statement by Dietrich dated December *4> I 53 I J TR f I, No. 141 which was probably the first source. The association of his marriage with a period of cessation of the attacks is psychologically interesting.

72 TR, II, No. 1347 (January i-March 23, 1532). Wolf, “Staupitz und Luther,” pp. 142 &., is of the opinion that Martin recalls here a different experience from that recorded in the reports discussed in the preceding note. His argument is scarcely convincing. In any case the memory of fierce attacks of depression in the crucial years of revolt, 1518-21, seems to have been vivid for Martin a decade later. Any attempt at dating these experiences more definitely or determining their precise nature would seek to do what probably lay beyond the ability of Martin himself a decade afterwards.

Meta Description: I approach the topic as predominantly an interesting historical question. And it may have *some* relation to Luther’s theology. 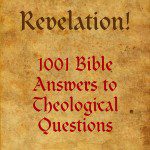 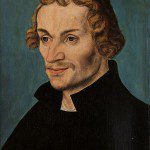