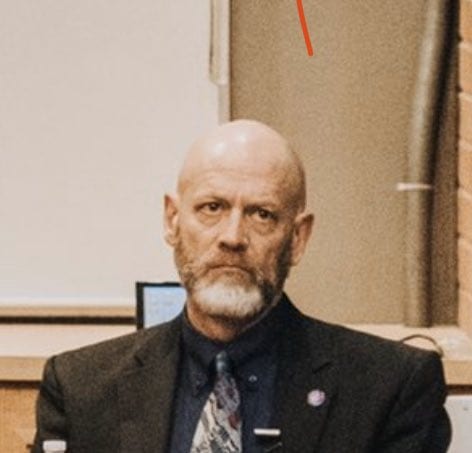 You know, I would like to see some of the major figures in Roman Catholicism, the “out front” guys, the ones who promote Rome as infallible, her Pope as the head of the church, etc., just once come out and say, “Look, people, this kind of thing is absurd and ridiculous. Pure superstition, idolatrous, and worthy of at the very least church discipline.” But no, you won’t hear that. Instead, you’ll hear, “Well, looks like a rather common water stain mixed with the salt from the road on an underpass, but hey, if it gives you warm post-modern religious fuzzies, that’s great!”

I’m not a “major figure” but I would like to state, firmly and unambiguously, in agreement, that “this kind of thing is absurd and ridiculous. Pure superstition . . .” If White thinks that any legitimate representative of Catholic teaching who is a “major figure” states such things, then why doesn’t he document it? That would be a nice novelty, for a change, wouldn’t it?

[W]hy are all these folks finding pictures of Mary in the grimy stains left by reconstituted water . . . or salt-filled road run off on a freeway underpass?

Why, indeed? I think it is a ridiculous display of what might be called “Rorschach Catholicism.” I would only disagree with calling this “idolatrous” because that requires putting something in the place of God, and above God. Since Catholics don’t do that with regard to the Blessed Virgin, it is not accurate to call veneration of her (even with the aid of a silly stain thought to be supernatural) an act of idolatry. Mary is simply not raised above God in Catholic teaching, nor adored as only God can be. I think 99% of even these Catholics gullible enough to believe in this nonsense would understand that.

If I were there at this farcical “shrine” I would denounce it in no uncertain terms and tell the enraptured, deluded Catholics who foolishly seek and “thrive” on such things that they would much better profit from reading the Bible or the Catechism or the encyclicals of Pope John Paul the Great, or St. Thomas Aquinas or St. Therese or Peter Kreeft.

And I’m not the only one. Just yesterday, in fact, I heard Fr. Mitch Pacwa state on EWTN that he doesn’t think much of purported “private revelations” such as these. This is rather common in Catholic apologetics circles, and I have heard similar disclaimers time and again. He’s a pretty “major figure in Roman Catholicism,” and White himself happens to like Fr. Mitch personally (and has debated him).

White does, however, provide some very funny comments on occasion. This case of religious “super-pious” folly provides ample opportunity. For example:

Where is someone’s mind if they can look at this stain and go, “Oh gosh, Mary has appeared under a bridge!” What on earth is she doing under a bridge? Western culture is on the slippery slope of post-modernism, sliding at high speed toward self-destruction, and Mary is busily arranging salt stains on a bridge underpass near Chicago? Hello? Anyone out there? . . . the kind of “piety” that leads people to light candles in front of water stains on the walls of freeway underpasses . . .

I roundly condemn these (humorous, tragi-comic) excesses, with him. But it should be noted, too, that there is a major underlying difference here. White thinks that Mary could never appear anywhere, under any manifestation, miraculous or otherwise. I believe (with the Church) that there are legitimate Marian apparitions, and that one must exercise due caution and prudence in discerning which are authentic and supernatural, and which are not, and be willing to submit to Church determinations on such matters.

Obviously, if something can never happen (by prior premise) then any alleged (or actual) instance of it will be immediately ruled out a priori. But if it can possibly happen, then one will have to use their critical faculties with regard to authenticity, just as Protestants who still believe in current-day miracles (White may not: he might be what is called a “cessationist”) will require proper documentation and proof for healings, etc.