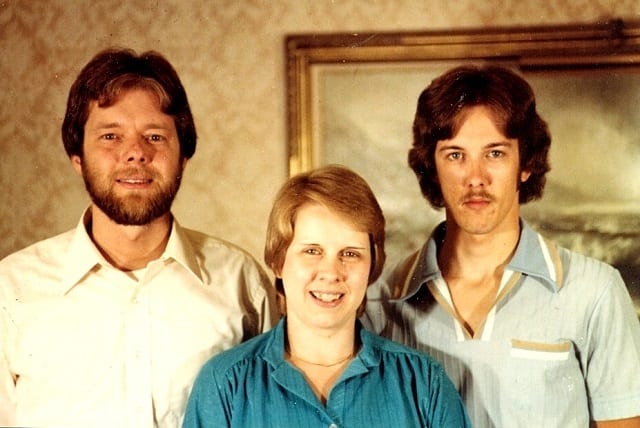 My sister Judy peacefully passed away this morning, from kidney failure and related complications, with her husband Tom at her side, and daughter Kristen and son-in-law Steve and grandson Alexander able to see her through the window near the end (having to be cautious due to the pandemic) and to communicate by phone. Please pray for her soul and for her family.

Over the past several weeks she was (at times) comatose and unable to talk, but we were told that she could understand messages and at least make some acknowledgment of them. I wrote a “goodbye letter” that Tom read to her: stressing the glories of heaven and how it will make all our suffering here worthwhile and able to be fully understood.

Judy influenced my life in many key ways. She was the idealist and romanticist and “straight shooter” of the family: traits that I got largely from her. She loved music, history, science, the outdoors and travel, animals, and had a lively interest in our larger extended family (almost all Canadians: from my dad’s side: he was born there): all of which profoundly influenced me and my life.

I’ve always said that “music and history were my first loves”: long before I cared anything (or knew anything) about theology: and that came from her. She took piano lessons; so did I. She had a huge collection of pop and rock records, during the golden age of pop music: including many of our beloved locally-produced Motown songs, and, of course, the Beatles (who remain my favorite group to this day). And it was a golden age of TV also. Too bad we only had a black-and-white television set till 1973. And we had only an old-fashioned mono record player till 1970; barely even knew what stereo was.

She went to Cass Technical High School: the best public school in Detroit, and nationally renowned: especially for its music program. So did I. She majored in music there, specializing in choral singing; especially madrigals. So did I: playing trombone in the symphony band and symphony orchestra, and taking lessons from the first chair in the Detroit Symphony Orchestra. It was a wonderful time — one of the happiest — in my life, and high school certainly was for her, too.

She went on to Wayne State University in Detroit and continued her singing (I always thought she was happiest and most fulfilled when singing or playing piano). I went there, too, but unfortunately majored in sociology (when I should have majored in history or philosophy). My “music career” was over; I have only collected (a lot of all kinds of) music since, and taught myself a few more instruments. Judy continued singing in church choirs.

The most fun we enjoyed together in recent years was attending reunions at both our elementary and junior high schools. After the first one we went back to the Tastee Freez in our old neighborhood in southwest Detroit to enjoy some French fries and a hot fudge sundae, like we did on so many hot summer nights in the 60s. It was truly a heartwarming visit to the past and the “good old days.”

Judy played a big role in my spiritual development as well. We were only nominally Methodist at best as children, but Judy took more of an interest in God and the Bible and started attending a Baptist church with a friend. It was there in 1969 that I actually made an altar call. I don’t think I fully understood but it meant something and seemed to have an impact to some extent.

She and Gerry continued to become more serious about evangelical Protestantism. I again followed, but (being more stubborn) it took me until 1977 and six months of serious clinical depression to finally become serious about Christianity: which evolved to my work in apologetics starting in 1981: my vocation and career (whether I had other jobs or not) ever since. My early years as an evangelical were spent at Messiah Lutheran Church in Detroit, along with my brother and sister who (as one might expect) played guitar and sung at the Wednesday night Bible studies. She always remained a devoted Protestant Christian. I’ll be eternally grateful for this spiritual influence that helped form my life and my career.

Now I’m the only one left of my original family. It’s a very odd feeling; and I’ll become a grandfather this November. The little kid; the “baby” of the family, is now the oldest one. Life has entered a new phase.

But I still have the memories, and they inevitably go back to music + family times: listening to You Can’t Hurry Love by the Supremes, with Judy and Gerry in the back seat of our car, traveling over the Detroit River (Ambassador Bridge) 16 miles to Essex, Ontario, to visit my grandparents in that little town on a Sunday (everything closed in those days on Sunday in Canada), traveling through the farmland and prairies, or taking a trip down to South Carolina in 1966 (the first time I saw any kind of mountains) to visit other relatives, with Sunny by Bobby Hebb playing on the radio about four times every day.

God designed human beings to be in a community. That was mine then: my whole world. I was happy and carefree in that world: a far more innocent time than the present one. Now it’s gone but I have my wife (also Judy) and four wonderful children, and grandkids coming soon. I’m the oldest (so odd!) and the “patriarch” now (I’ve become my parents and grandparents), but I still feel inside that I am the youngest and the “follower.” I remain young at heart. I don’t feel like I’m 61 at all.

Judy was always there, for my entire life.  Now she’s not, and it seems like the plates of the earth have shifted, because I’m the “last of the Mohicans.” But her influence remains and will always be a part of me. The memories remain as well. We will meet again. She lives, and she is liberated from her earthly suffering (which was great in many ways beyond her final illness). For that we are all happy, amidst our grief.

Rest in peace, beloved sister, and I know that you will enjoy those amazing angelic choirs to the depths of your being.

Photo credit: with sister Judy and brother Gerry in 1981. We were then 32, 29, and 23, and it was the year that I first felt called to a vocation of apologetics. I was to meet my wife the next year. Judy would give birth to her only child, Kristen, three years later (the same year I also married). It doesn’t seem so long ago at all, but it’s 39 years! 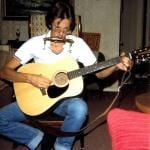 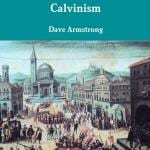