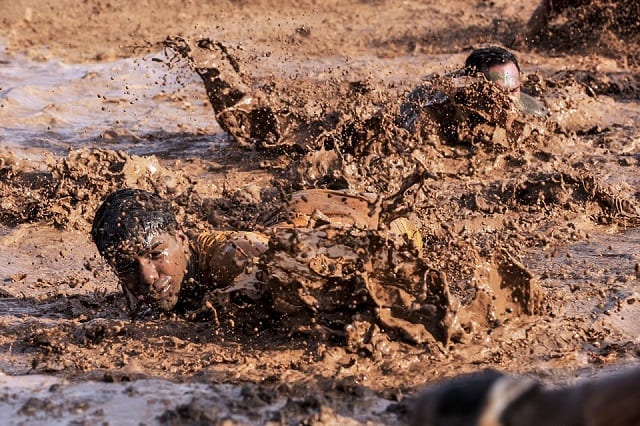 [I have again revised — mostly shortening — this paper from my extensive archives. It was originally directed towards “Internet Discussion Boards” and was written before I had a blog (2004)  — I had had a website since 1997 — and before Facebook became almost universal (I joined in January 2011), but virtually all of what is observed here fully applies to blogs and Facebook as well. The widespread personal dynamics and faults are the same in all these media: human nature being what it is.

Ironically, I was a paid staff moderator of the online discussion forum for the Coming Home Network from 2007-2010. We had a strict policy of no insults and no-nonsense, and so a great environment for constructive discussion was achieved. I think it’s entirely possible to do this, but the problem is that people so rarely strictly  enforce any guidelines that they claim apply to their venue. People want to be liked and loved, and so enforcing rules is difficult for them to do, because some people will become angry. It takes a certain “judicial temperament.” But it’s well worth it. If the “bad apples” are removed, the good apples in the basket can thrive.]

I’m through with discussion boards. It’s hard for someone like myself, who passionately loves good dialogue and discussion, to reach such a sad, despairing conclusion and to make such a resolution, but it is necessary. My disenchantment has been a long, slow process. I’ve always become eventually fed up with discussion boards, chats, and lists since March 1996 when I first went online and frequented the Religion Forum in Compuserve — even though I have managed to find good conversation on many occasions (as evidenced by dozens of posted dialogues that occurred in such places).

The reasons for my negative conclusion are varied and many. As a very broad, general rule of thumb (with many exceptions), I don’t think Internet discussion boards and rooms and lists foster good discussion. I believe that the medium is severely flawed (as many people have noted).

The absence of facial expression, tone of voice, humor, smiles, body language, pauses and vigor of argumentation; the lack of personal contact and getting to know people before launching into discussions of great importance, and so forth, breed many misunderstandings which would otherwise be avoided. To put it another way: people act much differently in these places than in person or even on the phone.

I also think that many people on these boards play to the crowd, and the atmosphere lends itself quite often to a sort of macho enterprise of showing off and sophistry, illegitimate rhetoric and propaganda and polemics, putting others down, “kicking people’s butts” and so on. Boards are places where huge egos thrive, and where they feed themselves at other peoples’ expense.

These factors bring out the lowest instincts and faults of man (particularly spiritual and intellectual pride), feed on human insecurities and petty jealousies, and kill good discussion whenever they are present (which is very often). This state of affairs doesn’t inevitably have to be, but human nature being what it is, that’s how it far too often is.

I want to make it very clear that I don’t deny that there are many, many exceptions to this, and don’t wish to denigrate anyone who enjoys Internet boards. If that weren’t true I would have come to my despairing conclusion in 1996 or 1997 at the latest. All the good things kept me coming back. But the negative stuff is an overwhelming tendency I have noted and have become increasingly disgusted with. If someone is finding good discussion and opportunities for outreach, more power to them.

I have found boards far more frustrating than edifying. Boards operate on an excessively male-oriented approach to human relationships. It’s not balanced. Women understand this very well and do far better, I think. Men can get together and completely skip over the personal, “how are you doing?”, “what’s going on in your life?”, “what has bothered or hurt you lately?”, “how is it going with x, y, or z problem?” They go right to the intellectual and the problem-solving theological, apologetic types of discussions (especially on the Internet).

The problem with such a “disembodied” ideas-only approach is that, oftentimes, once disagreements set in, there was no necessary prior build-up of trust and good will, within which constructive discussion and discourse can only occur (at least for any decent length of time).

So when the disagreements come, usually on these boards, personal insults immediately enter into the previously-constructive and amiable discussion, because the people don’t really know each other. They assume the worst and the accusations fly, because they don’t know the other person well enough to know that they are not closed-minded, obstinate, or some other charge that so often comes out in these discussions.

I keep maintaining that good dialogue has to take place in an atmosphere of good will and mutual trust and respect. So when those things are noticeably absent, in my opinion, the discussion is sabotaged and ruined from the outset. Nothing can come of it and nothing positive will be accomplished. This is why I consistently refuse to interact with anti-Catholics and radical Catholic reactionaries, unless (in some particular exceptions which I make) the discussion is removed from a “live chat” or “public board discussion” environment, which only accentuates and exaggerates the problems here discussed.

Why, then, do people still want to engage in discussions, anyway, when there is ill will and bad feeling and little respect between two parties? Well, because it is a macho, competitive, “get the heretic”, “show how ignorant and stupid so-and-so is” mentality (at least that’s my best guess). Why in the world should one try to do a discussion with someone, with all that baggage, coming into it? What’s the point? This is not good-natured dialogue or charitable, gentlemanly discussion. It is a mud-wrestling match.

On Internet discussion boards, people often play to the crowd. I don’t care about any of that. I care about the truth and the ideas. I’m not into dialogue for the sake of my ego, or to “prove anything” on a purely personal level or to belittle others or make them feel dumb or inferior. I’m not interested in winning a popularity contest. I love sharing Christianity and the particular message of Catholicism with people. So I care nothing about getting patted on the back by others in a room. Of course that’s nice; everyone likes encouragement (I’m no different), but it is not why I do what I do. It plays no part in that whatever.

Dialogue and discussion ought not be about “winning” and “putting people in their place.” It should be about seeking the truth; sharing it when we think we have a bit of it (by God’s grace alone), learning more of it whenever we can, in dialogue with people who care about the issues and truth as much as (or preferably more than) we do. But personal attacks and cynical second-guessing about motives kill discussion, and this sort of nonsense is largely the reason I am through with discussion boards.

I kept moving around, hoping to find a board which was always pleasant and fun and enjoyable; not filled with personal attacks and unethical silliness. I never managed to find one like that. I was severely disappointed every time. I can find a type of dialogue on the Internet very easily, by interacting with existing online papers, or reading and “dialoguing” with classic works and people like Luther, Calvin, Schaff, Edwards, Wesley, Orthodox authors, atheists and cultists, Orthodox Jews, etc. I can engage people in private correspondence and then post it on my website. There is plenty of that to be had.

If board discussion is addicting, then I suggest that people reconsider and re-evaluate its place in their lives. No doubt families and marriages are being adversely affected. That hasn’t been a problem for me (I am very vigilant about keeping it in balance), but I know that it must be for many people, if they have fallen into an addiction.

Fighting and wrangling (rather than dialoguing) on these boards is a waste of time and energy, is a bad witness to the world, and divides Christians — all of which are the devil’s victories. May God help us to see this. I urge all Christians to deeply examine what occurs in Internet discussions, and if they are contributing to the poisonous, spiritually destructive environment that often is the status quo. If your conscience is clear after such an examination, great (I’m not your judge), but if you see the things I have been describing, may God give you the will and resolve to spend time in more fruitful pursuits. Maybe we can start a movement or new trend . . .

July 2, 2020
Did Jesus Minister Exclusively to Jews and not Gentiles?
Next Post

July 4, 2020 Apologetics is Very Different from the 90s "Golden Age"
Recent Comments
0 | Leave a Comment
"Mr Dave....I am A white privileged retired Catholic who fears for my grandchildren growing up ..."
RPlavo . Orange Beast Gone. Who Will Dems ..."
"Yes, they prostrate before the golden Donald idol which was made in China"
RPlavo . Orange Beast Gone. Who Will Dems ..."
"No."
Dave Armstrong Title: “Radical Catholic Reactionaries”: Exchange w ..."
"Mr. Lawler wrote a good book titled “The Faithful Departed” about the decline of the ..."
Chris Marshall, Keating, & Lawler: Exchanges Re ..."
Browse Our Archives
get the latest from
Biblical Evidence for Catholicism
Sign up for our newsletter
POPULAR AT PATHEOS Catholic
1