. . . and his particular animus against the Austrian Jesuit and biographer of Luther: Hartmann Grisar 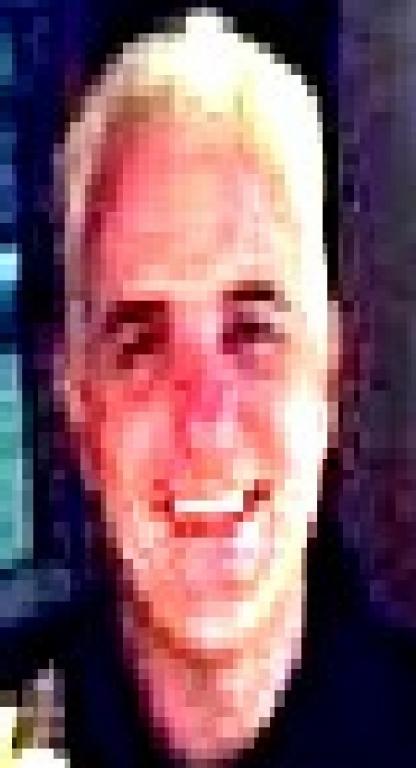 James Swan is an anti-Catholic Reformed Protestant polemicist, with whom I’ve been debating for 17 years. One of his constant themes in his research (mostly regarding Martin Luther) is his loud and repeated insistence on recourse to primary historical source materials. He is unsparing and merciless in criticizing Catholic apologists in this respect. He has made this clear a billion times on his blog, Boors All. Here are several examples from the multitude:

This Luther quote again serves as a good example of Roman Catholic inability to do ad fontes research. . . . [Steve] Ray provides no documentation for the quote. The same paragraph from Steve Ray occurs in an article entitled, “Unanimous Consent of the Fathers” -which states this article will soon be published in the Catholic Dictionary of Apologetics and Evangelism. No documentation for the quote is given. Apparently, this dictionary of Catholic apologetics doesn’t require sources for citations. I haven’t picked up the book to check, but I’m willing to bet no documentation to an actual primary source is given for this Luther quote. (2-25-06)

More importantly, if he [yours truly] wants to be considered a reliable author, he needs to invest the time in doing ad fontes research. (4-26-07)

2. Ask them what the reference means. Chances are, they might not be able to tell you. That’s a good sign they have swiped the quote from a secondary source, and haven’t a clue as to the context. 3. If they can identify the reference as coming from an actual collection of Luther’s works, ask them what specific treatise it’s from and if they know any of the background as to the writing of the treatise. (9-25-09)

The person citing this quote . . . refers to a secondary source: . . . As I looked around for it, I didn’t find any primary source citations. . . .  As I’ve discovered in just about every instance of secondary Luther citations from the 16th-17th centuries, the primary source was not some unknown letter or lesser-known writing. (10-10-13)

I do question the validity of this testimony of learning, especially the claim of reading Luther’s writings and the ability to read primary sources to form opinions. Of the two posts of Luther material this person presented in this discussion (#1, #2), neither demonstrates a straight reading of Luther. The material was probably taken from a few web-pages, then cut-and pasted over on to the Catholic Answers discussion forum. . . . Even if he (she?) did compose this web page (or one of the others), I still doubt any of the material came from a straight reading (or “studying“) of the “primary sources” for Luther. (1-19-18)

Let’s trace back this quote for some answers. We’ll see there’s a good possibility Martin Bucer never said it. We’ll see specifically there’s no credible primary source that historically documents this Bucer comment. Rome’s defenders have once again, not gone deep into history. . . . This information is accurate, as far as it goes, but unfortunately, it doesn’t go that far to the actual primary source. (5-3-20)

But he doesn’t follow his own advice, and is quite inconsistent in his demands for rigorous documentation. He himself in his lengthy 2003 article, “Martin Luther’s Theology of Mary,” does not always provide the excruciatingly precise and comprehensive source information that he appears to demand from others. The following examples suffice to illustrate this:

1. Footnote 2: He cites the Catholic polemicist Cochlaeus, calling Luther “a child of the devil; a liar and a hypocrite, cowardly and quarrelsome.” He informs us that this tidbit was found in Joseph Lortz, The Reformation in Germany, translated by Ronald Walls (London: Darton, Longman & Todd, 1968), 1:296. Yet it doesn’t trouble him that the primary source was absent. He is content to trust the secondary source: “Lortz does not give the reference to his quote of Cochlaeus.”

2. He often cites Luther’s Works in English (Pelikan et al), which is commendable, yet oddly neglects to make a simple identification of the primary Luther work which is being cited, or the exact location (the opposite shortcoming of his complaint that the Luther tract or sermon is cited without documentation as to where it can be found):

Here, Mr. Swan mentions in the text that the words are from Luther’s Table Talk, but he doesn’t give the number of the utterance (my copy has 846 sayings, but I can’t easily look up this recollection, since Mr. Swan doesn’t direct me to one of the 846) [nor which translation of Table Talk]. In the second mention, at least we are favored with the year: 1542.

viii) Footnotes 25-29, on the Immaculate Conception, from Luther’s Works.

No further specific references are given in all these instances.

There are 71 footnotes in Mr. Swan’s paper. I won’t bother documenting this annoying tendency of vagueness any further. It is sufficient to discover that 20 out of the first 37 footnotes (54%) are inadequate as to source.

Furthermore, Mr. Swan shows himself to be unreasonable and unfair with regard to which source material is “worthy” and which is not. When he at length found the source information that was listed on my website for almost two years now (i.e., on his own, apart from my site), he stated:

After looking through dozens of books on Luther, and at least three different sets of his sermons, I finally tracked down the source of this quote. The quote itself is from a secondary source: Hartmann Grisar’s four volume biography of Luther. Grisar was a Roman Catholic scholar, and his books are highly polemical against Luther. Though contemporary Roman Catholic scholars like Joseph Lortz have dismissed his work as far too emotionally biased against Luther, certain Roman Catholic layman-apologists still rely on his work and frequently use him as a source.

Now, note the implication that because Grisar was Catholic and “highly polemical,” therefore his opinions are altogether suspect. This is the fallacy known as “poisoning the well,” and is as ludicrous as dismissing John Calvin or Martin Luther himself from serious consideration when it comes to critiques or any appraisal at all of Catholicism, because they were anti-Catholic and “highly polemical” themselves (to put it extremely mildly). If we were to turn the tables on this “argument,” we would end up with paragraphs like the following:

Luther was a Lutheran scholar, and his books are highly polemical against the Catholic Church. Though some contemporary Protestant scholars have dismissed his work as far too emotionally biased against Catholicism, certain Protestant layman-apologists still rely on his work and frequently use him as a source.

Calvin was a Reformed scholar, and his books are highly polemical against the Catholic Church. Though some contemporary Protestant scholars have dismissed his work as far too emotionally biased against Catholicism, certain Protestant layman-apologists still rely on his work and frequently use him as a source.

Whatever Grisar’s (or Luther’s or Calvin’s) religious affiliation or merits or demerits in argument (and/or polemical rhetoric), one must deal with (and reply to) the actual arguments their opponent makes, as opposed to dismissing serious scholars out of hand as mere “polemicists” (in this case a learned, meticulous Jesuit who authored a six-volume, 3000+ page biography of Luther).

If we must take this approach, I ask, “Why should anyone trust Luther‘s opinions on the Catholic Church, given the extremity and absurdity of much of his rhetoric about it?” But I highly doubt that Mr. Swan would apply his leery skepticism in the same way to either Luther or Calvin. Thus he applies a blatant double standard by so easily dismissing Grisar’s trustworthiness.

I dare say that Fr. Grisar is infinitely more ecumenical and fair to Luther than Luther or Calvin are to the Catholic Church. On the other hand, Mr. Swan doesn’t hesitate in citing Grisar when he agrees with him, as in the Appendix, and he is delighted to repeatedly cite another Catholic scholar, Joseph Lortz, because he agrees with his assessments of Luther in various particulars.

As is the case (notoriously) with Jehovah’s Witness literature (which I have studied at some length), it seems to me that Mr. Swan loves Catholic scholars and writers only insofar as they are good for a quote which is agreeable to his polemical purpose; otherwise they are essentially untrustworthy. The inconsistency and inadequacy of such an approach is apparent.

Secondly, Mr. Swan fails to note the nuances and qualifications in Grisar’s biographical presentation of Luther (also common in my own numerous papers); preferring to leave readers (mostly by what he omits) with the false and most unfair impression of a foaming-at-the-mouth inveterate polemical enemy of Luther and Protestantism.

He sets up the straw man image of Catholic apologists supposedly presenting Luther’s opinions selectively (thus inaccurately), yet notes that Grisar held the view that Luther forsook belief in the Immaculate Conception later in life.

Grisar makes many such observations, which is only one of countless indications that he is not setting forth some imaginary “anti-Protestant” vision of Luther. He simply gives the facts as he understands them (without mincing words when he disagrees theologically, as a Catholic). For example, he wrote on the page before one citation used by Mr. Swan:

Luther always believed in the virginity of Mary, even post partum, as affirmed in the Apostles’ Creed, though afterwards he denied her power of intercession, as well as that of the saints in general, resorting to many misinterpretations and combated, as extreme and pagan, the extraordinary veneration which the Catholic Church showed towards Mary. (Martin Luther: His Life and Work, Westminster, Maryland: Newman Press, 1950, 210)

So perhaps Mr. Swan would protest the first clause because it is too “Catholic,” but would love the rest, as it fits in with his desired presentation of Luther. Meanwhile, Catholic writers such as Grisar and myself simply present the facts of Luther’s beliefs, whatever they are, as we have no “stake” in what he believes one way or the other. We’re simply interested in the history of doctrine and theology, which is, I find, invariably more interesting than polemics and propaganda with a particular agenda.

July 15, 2020
Luther's Mariology: Have Catholic Apologists Exaggerated It?
Next Post