Dialogue on the Extent of Police Brutality

Dialogue on the Extent of Police Brutality August 27, 2020 Dave Armstrong 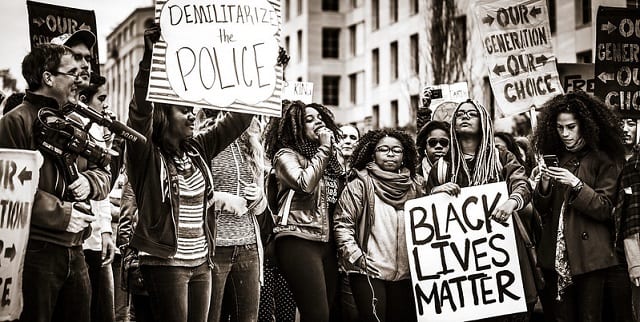 This was an exchange on Facebook with Bryson Townsend, whose words will be in blue.

Where are your posts about police brutality?

Here: George Floyd: Atheist & Christian Agree; but What’s the Solution? (Christianity Asserts that Evil Begins in Corrupt Human Hearts, & Can Only be Vanquished by God’s Grace & Spiritual Revival) [6-4-20]
I wrote in this paper:

Yes, I’m in favor of this development. I have yet to find anyone of any political persuasion who defends this action (which I say is murder) against George Floyd. If anyone finds a case of agreement from anyone who is not a KKK wacko (where such a view would be expected), please let me know.
*
I agree that it’s extremely troubling. Just one bad apple can be comprehended, but three others watching and enabling it is beyond insane; pure evil. And they included a black man and an Asian-American and Hispanic-American, so it wasn’t just the good ol’ boy white man’s network. It’s like it represented the increasing diversity of America. And this wasn’t even the South. It was liberal Minnesota: the land of Hubert Humphrey and Walter Mondale.
*
I think we more or less have to conclude that there is truly significant racism and corruption among police: even if it is a relatively small minority. It’s enough for these incidents to keep happening, and enough to conclude that it is absolutely necessary to reform it now.

It’s no different from sexual abuse among Catholic priests and indeed (as we are sadly finding out) in every other sector of society. There are networks that try to cover up these hideous sins. And there is tremendous corruption in government: even you and I agree that what was done with the FBI was against the rule of law and should have never occurred.

The question is the degree to which this is a problem. Do we reform the police and get rid of bad cops or do we defund them and continue trying to injure or even kill them?
*
George Floyd is merely one case amongst many of a problem that has continued to plague many Americans. Have you heard of Breonna Taylor? Elijah McCain? Philando Castile? We don’t have to abolish police to be vocal about police brutality. Your platform highlights riots more than peaceful protests and the actual victims of police brutality.
*
I’ve been following it closely. It has to be a case-by-case basis. In the latest incident in Kenosha, the shooting victim, Jacob Blake (with a police record) has admitted that he was in possession of a knife. He was being arrested but then got up and walked to his car (apparently to get something, which may have been a weapon, for all the police know). We now have a longer video that proves this. All this guy had to do was cooperate with the police, and he wouldn’t have been shot. It’s not rocket science.
*
Now, I don’t know why they had to shoot him seven times. It may very well have been an example of excessive force. All the facts have to be ascertained, and the only thorough, fair way to do that is with a jury trial. I am opposed to “trial by the [liberal] media.” That’s now how our legal system works. It’s designed to be as fair and just as possible and to get at the facts, determined by an impartial jury of one’s peers. Until that happens, I can’t make a final judgment on it.
*
Jason Whitlock, the black sports commentator, has called for further investigation before making a judgment, and has chastised LeBron James as a “bigot” for failing to do so, and making bigoted remarks. He wrote:

I’m black. I’m not scared. I’m not terrified. . . . If you comply with police instructions, there is virtually no chance of an American citizen being harmed by police. . . .

Jacob Blake, . . . had an active arrest warrant for third-degree sexual assault at the time of the shooting. Blake has previously been arrested for pointing a weapon at people, carrying a concealed weapon into a building and domestic violence. . . .
*
When I watched the initial viral video showing police shooting Blake in the back I was outraged. I waited to calm down. I sent the video to a couple of friends and discussed it with them. We wondered why it was only 20 seconds. Why was it edited? Was it edited and then released to provoke outrage, fear and rioting?
*
I decided it was best to wait for additional information before making any sort of comment. (I’m still waiting for additional information. This column is not a defense of the police or vilification of Blake.)

LeBron James has more than 40 million followers on Twitter. Doesn’t he have a moral responsibility to be informed and measured before commenting on a controversy that could inspire civil unrest? What’s the harm in waiting 48 hours, 72 hours or a week? (“Whitlock: LeBron James is a Bigot,”Outkick, 8-26-20)

In an even more scathing article, Whitlock opines:

The politicization of Jacob Blake is a byproduct of political dishonesty. The prevailing sentiment propagandized by BLM that police are intentionally targeting black men is a political ploy.

It’s a joke. The architects of the system are using LeBron James and athletes to point black people at the wrong target. The athletes are useful idiots. They’ve been talked into dedicating themselves to ensuring that career criminals are unharmed while resisting arrest and refusing to comply with police instructions.

The Detroit Lions canceled practice so they could speak out on behalf of a man wanted for sexual assault. The city of Kenosha is being burned to the ground on behalf of a man who wrestled with police and wouldn’t comply with instructions at gunpoint.

The Detroit Lions do not care.

An unarmed black man is a million times more likely to be killed by another black man than the police. But LeBron is terrified of police? (“BLM 101: Career Politicians Who Created Systemic Unfairness are Playing LeBron and His Disciples for Suckers”, Outkick, 8-27-20)

Yet these factors make no difference to the rioters there. They’re obviously not interested in the facts of the matter. Floyd was a case of true corruption, and everyone agrees with it. 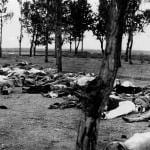 August 26, 2020
Question to Pro-Life Catholics Who Vote Pro-Abort
Next Post 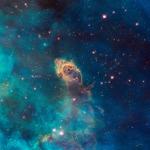 August 27, 2020 God the Designer?: Dialogue with an Atheist
Recent Comments
0 | Leave a Comment
Browse Our Archives
get the latest from
Biblical Evidence for Catholicism
Sign up for our newsletter
POPULAR AT PATHEOS Catholic
1