God the Designer?: Dialogue with an Atheist 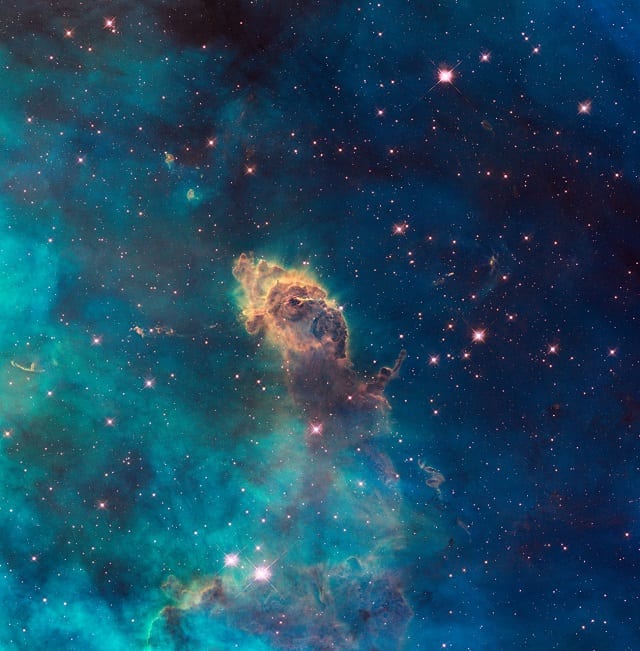 This discussion came about underneath my post, Seidensticker Folly #41: Argument from Design. gusbovona is a lifelong atheist. His words will be in blue.

First of all, science, as presently defined and self-understood, cannot state one way or another whether God (assuming His existence for the sake of argument) designed anything or not, since its subject and object of study is matter, and God (again by definition) is not material.

1. Bob’s statement, to which the quote above is a response, said nothing about God, merely a designer. He was asking not whether God designed something, but whether something is designed (by anyone), at all.

2. I’m not sure what other criteria we could use to determine if something is designed or not other than the nature of the thing designed itself.

In fact, Bob mentions “God” five times in his article, and seven times in the previous related one, four days earlier. It’s understood that the argument from design is the old teleological argument, which is one of the classic theistic proofs: and those deal with God as defined in theism, or (at the very least) a Humean deist-god: who sets the universe in motion and then proceeds to have no further interest in it. I don’t recall ever seeing any other kind of “argument from design.” But maybe they’re out there somewhere.

Also, the terms “creationism” and “intelligent design” both refer to schools of thought in which it is thought that God is the Creator in some fashion (it could be through evolution as the method). So when Bob tries to shoot down various arguments that such advocates produce, he’s dealing with proposed arguments for God’s existence.

Any way we look at it, God is being discussed. My point above was to note that consistent materialist science ought not mention God at all, either fer or agin’. To do so is (technically) philosophy and no longer science as presently defined.

Sure, we can look at the things themselves, but how is it that we “know” whether they are as they “should” be, or have any expectations at all? If God is super-intelligent or omniscient, surely, most if not all things He created would be beyond our comprehension, either totally, or to a significant extent: just as no one would expect a guinea pig to be able to read and comprehend this reply.

You seem to keep missing my points and my intentions in argument, but it’s stimulating argumentation. I was simply noting that the teleological argument was always about whether a God exists Who is the Designer.

This might be a fundamental way we’re not seeing things the same way. I am trying to talk about a much smaller point than you are. I’m just talking about one thing Bob said that concerned only an intelligent designer, and not a god. They are logically and intellectually separable issues, and that’s what my original comment was trying to talk about.

Secondly (as a good socratic), I delved deep into the premises that Bob assumed, and wondered aloud why he thinks he can determine whether something is ‘junk” or not, and why he can’t figure out that science continues to explain what were formerly mysteries, and will continue to do so. A little intellectual humility is in order.

It is hypothetical thinking any way you look at it: whether in a scientific or philosophical / religious sense. If the speculation has to do with God, it is a relevant consideration to note that God, as classically understood in theistic philosophy and orthodox Christianity, is an omniscient being.

It could be aliens who designed life, no? That can’t be ruled out hypothetically. Also, why should the designer of life necessarily also be the designer of the universe?

Strictly speaking, no (it could also have been “the flying spaghetti monster”), but according to scientific evidence, we have none whatsoever for the existence of aliens. If you’re gonna play the game within a [materialistic] scientific paradigm, then you need to consistently do that.

Sure, it’s only a hypothesis, but you said that you didn’t recall any other option for a designer besides god, so I just offered one. That’s all that was.

But talking about possible aliens and then turning around taking the usual potshots at God (“Resorting to a cause that is beyond our comprehension creates an unfalsifiable hypothesis – anything can be explained by the same move: no matter how insane an explanation might be”) is self-contradictory and “rhetorically unfair and unjust.”

It’s not a potshot, it was a substantive critique of an unfalsifiable hypothesis.

Science does not make the move of appealing to an unfalsifiable hypothesis like appealing to the incomprehensibility of a god. And, a scientific hypothesis is not the same as unfalsifiability. The hypothesis that aliens might have created life is certainly falsifiable, and one big step towards falsifying it would be to discover a naturalistic way to create life. That’s not a proof, but Occam’s Razor would then favor the naturalistic hypothesis over aliens and a god.

Appeals to possible alien life, minus any scientific evidence whatsoever for such a thing, is contradictory within the materialistic scientific paradigm. It’s nonsensical.

I don’t know why aliens creating life is an appeal: it was a hypothesis that provides an option besides a god for the creation of life. That’s all. It merely allows us to say, “Some god is not the only option for an intelligent designer of life.” What is nonsensical about the hypothesis that aliens created life (on Earth, as we know it)? Note that this says nothing about whether it is true or not.

But appeal to the existence of God in a philosophical / religious framework is perfectly reasonable and consistent, since empirical evidence is not necessarily required within that way of thought.

As long as some god has an effect within our universe, science certainly can try to determine whether such an effect exists by studying those effects just like any other effect in our universe. If science finds that the effect doesn’t exist, that effect can’t be used as evidence that some god caused it.

Whether things are as they “should” be is changing the topic, I was talking about the argument from design. It’s about whether something was designed by an intelligence rather than occurring naturally. “Should” has nothing to do with that; that’s a different topic.

The discussion is getting more and more abstract and minute (which in my mind equates to being less useful or constructive, but that’s just my own preference). I’m seeking answers to the relevant, premise-level questions I asked Bob:

[W]hat makes us (whether theist or atheist) think in the first place that we can figure out what nature should or ought to “look like”?

How does Bob know that this is the case? How can he prove it? How does he “know” that God would “never” deliberately incorporate what he (ultimately arbitrarily) defines as “junk”?

[U]nder the hypothesis of a super-intelligent, ultimately incomprehensible, omniscient God, why would we expect anything at all? What makes us think we can figure out all His designs (pun intended) and purposes and methods, etc.: anymore than an ant or a catfish would understand all of ours?

By what criterion do we determine if something is “bizarre”?

I answer my own rhetorical questions:

I’m contending that a more nuanced form of the argument holds that nature (or, creation, if there is a Creator) need not “look like” what our paltry little brains think it “should” look like: that whatever the truth is, it’ll be full of surprises, and we shouldn’t “expect” anything, except to be blown away and surprised by the marvelous complexity entailed. What we have already discovered fully bears that out.

Note that I think this point applies to a materialistic and a theistic universe.

I continue to seek answers to the questions I asked in my post. So far, no takers, but it has been stimulating discussion, and I most appreciate the fact that it is congenial and with mutual respect (unlike at least 95% of Christian-atheist discussion these days).

I don’t think the discussion is exhausted, particularly if we are talking about what flows from my original comment, and not your wider disagreement with Bob about God. What remains to be addressed is this: inferring design from the characteristics of an object is an empirical question, so whatever math, logic, and philosophy have to contribute to that question has to ultimately be verified by an empirical process, correct?

I don’t see that it’s only an empirical question. I think it’s ultimately philosophical, just as physical science itself reduces to philosophy because it is a species of philosophy. In fact, I think the question of whether there is a Designer transcends science because I think it is the point at which science can no longer offer explanatory answers. Therefore, it’s permissible to enter into philosophical speculation as to what could have caused the observable design and complexity.

It’s the point of irreducible complexity. Science /empiricism has yet to adequately explain the origin of the Big Bang, of life, and of things like DNA, and even most of the major transitions in evolution (not even close), so I reserve the “epistemological right” to posit a non-physical God Who is the Designer. Science has to recognize its limitations. 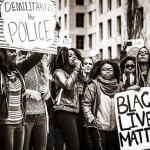 August 27, 2020
Dialogue on the Extent of Police Brutality
Next Post 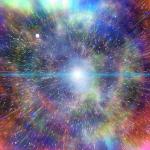