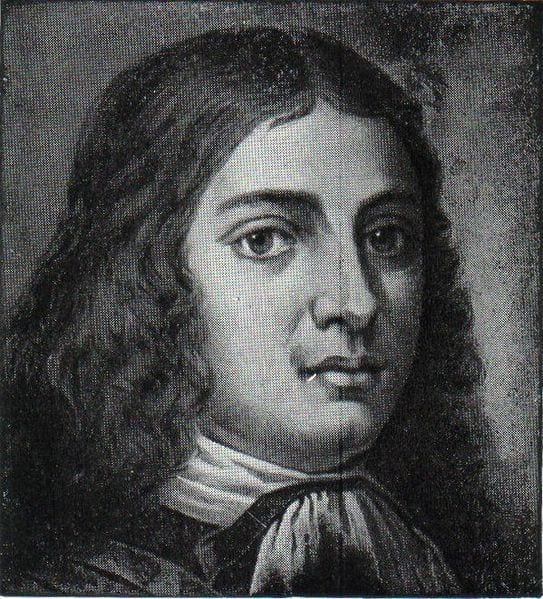 The first Virginia Charter in 1606 established the Anglican Church. The second, in 1609, repeated the terms of the establishment and prescribed the Oath of Supremacy. Intolerance of dissent was latent and implicit.

Lord Baltimore, refusing as a Catholic to acknowledge the ecclesiastical supremacy of the king, in 1628 was denied temporary residence in the colony. Following this incident a new Act of Uniformity passed the Assembly, fining absentees from service. Another, in 1642, specifically disenfranchised Catholics and enforced the expulsion, within five days, of a priest coming to the colony. Men making active profession of an alien faith were banished.

Congregationalism became law and Church and State were identical. Catholics of course were not suffered to live in the colony, and Jesuits, if banished, were to be put to death on return. The latter law was never enforced, though latent intolerance may be detected in such an ordinance as that of 1659 making the observance of Christmas a punishable offence. With the appointment of a royal governor the franchise was broadened, Episcopalianism was established, and it was decreed in 1691 that “forever hereafter there shall be liberty of conscience allowed in the worship of God to all Christians (except Papists)”.

The first settlers of New Hampshire established a broadly tolerant congregationalism which allowed civil privileges to be independent of religious belief, but the Puritan establishment was firmly planted throughout the years of the colony’s union with Massachusetts. In 1679 the union with Massachusetts was dissolved, and a royal governor sought, unsuccessfully, to enforce the establishment of the Anglican Church. The assembly of 1680 fixed the Congregational Establishment.

The franchise was limited to Protestants, and subsequent laws notably those of 1692, 1702 & 1714, defined the union of Church and State, allowing the constable to collect the church tax-that from dissenters to go to the support of their own ministers. Under the Toleration Act of 1689 all citizens were obliged to make a declaration against the pope and the doctrines of the Catholic Church.

Under the Duke of York, persecution for conscience’s sake seems unrecorded. Much of this tolerant attitude is due to the older Dutch foundation. It was renewed in the “Charter of Liberties”, passed by the Assembly in 1683. When the Duke of York came to the throne a faint attempt was made to establish the Anglican Church. Later the council suspended “all Roman Catholics from Command and Places of Trust”, and the franchise was soon confined to Protestants.

This attitude was given universal royal warrant under the Great Toleration Act, and a supposititious Established Church existed in New York to the American Revolution, suffering the same kind of political opposition that the Establishment endured in Virginia and the Carolinas. The Establishment seized church property and banished Moravians, under the belief that they were “disguised Papists”, though its powers began to wane before the American Revolution.

The Palatinate of Maryland under the Baltimores furnishes, with the Colony of Rhode Island, the first example in history of a complete separation Of Church and State with religious tolerance. Religious freedom was proclaimed in the famous “Act for Church Liberties”, passed by the assembly and practically carried out. Under this Catholic toleration a Catholic was fined for “interfering by opprobious reproaches with two Protestants”, and Jesuits were refused the privileges of the canon law.

The Toleration Act of 1649 denied toleration only to non-Christians and Unitarians, and imposed upon every resident an oath declaring for liberty of conscience. The outcome of the disgraceful Puritan “Plot” resulted in the voiding of the charter, the erection of Maryland as a royal province, and the Episcopal Establishment in 1692. The majority of the colonists were so overwhelmingly non-episcopal that the legislatures never seem to have insisted upon conformity, though they compelled church support.

Against Catholics alone persecution endured. They were deprived of all civil and religious rights — the latter only in private homes; the Law of 1704 laid a tax of twenty shillings on every Irish servant imported; while in 1715 it was enacted that children of a Protestant father and a Catholic mother could, in case of the father’s death, be taken from the mother. However, the first Catholic church of Baltimore was erected without opposition in 1763, though the rights of the franchise were not extended to Catholics until the American Revolution put an end to all penal enactments.

The Presbyterian and Quaker settlers of the Jerseys, under their proprietors, were granted entire liberty of conscience. But with the assumption of the provinces, the Crown seems to have assumed that, per se, the Anglican Church was established, though no specific act to that effect seems to have been passed. At any rate, excepting troubles with Quakers in the French Wars, the annals of New Jersey are free from records of official persecution, though Catholics were disenfranchised when Jersey became a royal province. Georgia with its two score years of provincial history excluded “Papists” from its confines.

Two colonies, those of Rhode Island and Pennsylvania (with its offspring, Delaware) proclaimed absolute separation of Church and State. The former laboured for long under the accusation of denying citizenship to Catholics, but this charge is probably based on an error of the committee that prepared the revised statutes for the public printer; while the Pennsylvania commonwealth departs from the principles of Rhode Island in restricting the right to hold office to Christians and those who believe in the existence of God. In spite of the protest of Penn, that part of the Test Oath required under the great Toleration Act, excluding Catholics from civil rights, was adopted by the colonial assembly in 1705 and endured until the Revolution, when the Disarming Act was passed, but never enforced.

John Highham described anti-Catholic bigotry as “the most luxuriant, tenacious tradition of paranoiac agitation in American history”. The bigotry which was prominent in the United Kingdom was exported to the United States. Two types of anti-Catholic rhetoric existed in colonial society. The first, derived from the heritage of the Protestant Reformation and the religious wars of the sixteenth century, consisted of the “Anti-Christ” and the “Whore of Babylon” variety and dominated anti-Roman Catholic thought until the late seventeenth century. The second was a more secular variety which focused on the supposed intrigue of the Roman Catholics intent on extending medieval despotism worldwide.

Historian Arthur Schlesinger Sr. has called anti-Roman Catholicism “the deepest-held bias in the history of the American people.”

The roots of American anti-Roman Catholicism go back to the Reformation, whose ideas about Rome and the papacy travelled to the New World with the earliest settlers. These settlers were, of course, predominantly Protestant, and many opposed not only Roman Catholicism but also the remaining Catholic traditions of the official Anglican State Church, the Church of England, which they felt was insufficiently Reformed. A large part of American culture is a legacy of Great Britain, and an enormous part of its religious culture a legacy of the more extreme Protestant tendencies of the English Reformation.

Monsignor John Tracy Ellis, in his landmark book American Roman Catholicism, first published in 1956, wrote bluntly that a “universal anti-Catholic bias was brought to Jamestown in 1607 and vigorously cultivated in all the thirteen colonies from Massachusetts to Georgia.” Proscriptions against Roman Catholics were included in colonial charters and laws, and, as Monsignor Ellis noted wryly, nothing could bring together warring Anglican clerics and Puritan ministers faster than their common hatred of the Church of Rome. Such antipathy continued throughout the 18th century.

Indeed, the virtual penal status of the Roman Catholics in many of the colonies made even the appointment of bishops unthinkable in the early years of the Republic. Another result of this was that the first constitution of an independent Anglican Church in the country bent over backwards to distance itself from Rome by calling itself the Protestant Episcopal Church, incorporating in its name the term, Protestant, that Anglicans elsewhere had shown some care in using too prominently due to their own reservations about the nature of the Church of England, and other Anglican bodies, vis-à-vis later radical reformers who were happier to use the term Protestant.

In 1788, John Jay urged the New York legislature to require office-holders to renounce foreign authorities “in all matters ecclesiastical as well as civil.”

September 30, 2020 Presidential Debate: Interruptions vs. Irreverent Incoherence
Recent Comments
0 | Leave a Comment
Browse Our Archives
get the latest updates from
Biblical Evidence for Catholicism
and the Patheos
Catholic
Channel
POPULAR AT PATHEOS Catholic
1