Is Worship of God Through an Image Biblical? 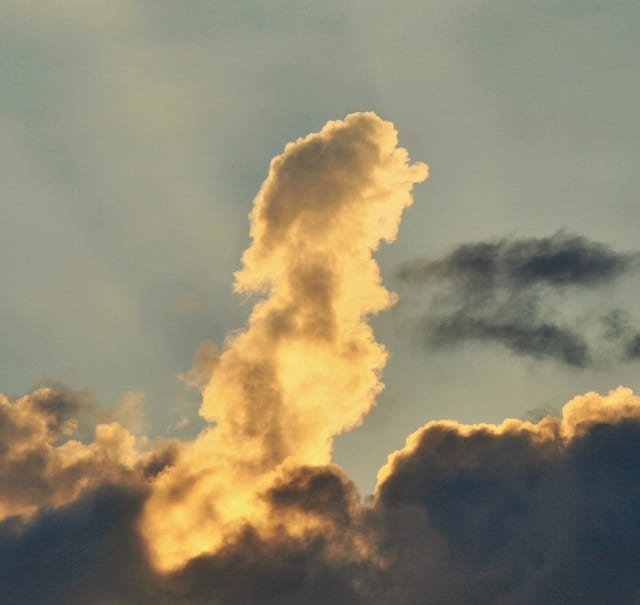 I’m responding to his article, “Is worship in the tabernacle a precedent for the veneration of images?” Luke’s words will be in blue.

Interestingly, the scene on the ark is an empty seat flanked by two angelic beings. There is no image enthroned on the seat, yet it is this seemingly empty space above the seat that is the focus of the whole construction. That is the space that represents the presence of God. . . .

The veneration before the ark was never directed at the Cherub figures. It was always directed at this imageless space above the seat that represented the presence of God . . .

There is, again, no place for the veneration of the Cherub statues themselves. They exist only to direct undivided veneration to the presence of God above the mercy seat, for which there is no image. . . .

[T]he Jews worshiped God alone without images. The veneration of images was rejected while the worship of the invisible God without any icon or sculpture as its object was accepted. There is simply no biblical precedent for the acceptable veneration of images of heavenly beings, whether they be images of angels, fallen saints, or God Himself.

I beg to differ:

Exodus 3:2 (RSV) And the angel of the LORD appeared to him in a flame of fire out of the midst of a bush; and he looked, and lo, the bush was burning, yet it was not consumed.

Exodus 19:18 And Mount Sinai was wrapped in smoke, because the LORD descended upon it in fire;  . . .

Exodus 24:16 The glory of the LORD settled on Mount Sinai, and the cloud covered it six days; and on the seventh day he called to Moses out of the midst of the cloud.

Now, it might be objected that these are indeed images conveying God, or through which God is “seen” or experienced, but they are not proof that worship was allowed to be directed through such images to God. Well, the Bible teaches that, too:

2 Chronicles 7:3-4 When all the children of Israel saw the fire come down and the glory of the LORD upon the temple, they bowed down with their faces to the earth on the pavement, and worshiped and gave thanks to the LORD, saying, “For he is good, for his steadfast love endures for ever.” [4] Then the king and all the people offered sacrifice before the LORD.

Psalm 5:7 But I through the abundance of thy steadfast love will enter thy house, I will worship toward thy holy temple in the fear of thee.

Luke makes a clever and interesting argument that the space between the mercy seat on top of the ark of the covenant, where God says He is present and to be worshiped (despite being surrounded by carved cherubim [angels]) is “empty space” and “imageless space” and “with no image.” But this is untrue, as the Bible informs us:

Leviticus 16:2 and the LORD said to Moses, “Tell Aaron your brother not to come at all times into the holy place within the veil, before the mercy seat which is upon the ark, lest he die; for I will appear in the cloud upon the mercy seat. 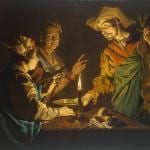 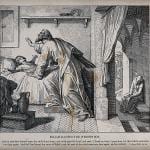 November 11, 2020 Dialogue: Acts 9:40 and Prayers for (not to) the Dead
Recent Comments
0 | Leave a Comment
Browse Our Archives
Related posts from Biblical Evidence for Catholicism