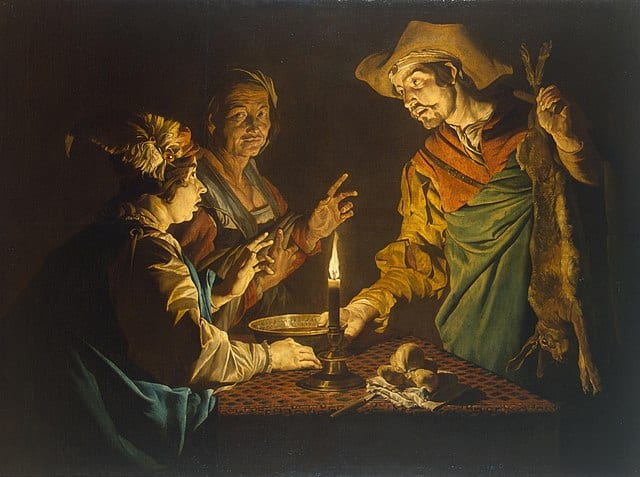 Bob’s cowardly hypocrisy knows no bounds. On 6-30-19, he was chiding someone for something very much like his own behavior: “Spoken like a true weasel trying to run away from a previous argument. You know, you could just say, ‘Let me retract my previous statement of X’ or something like that.” Yeah, Bob could!  He still hasn’t yet uttered one peep in reply to — now — 61 of my critiques of his atrocious reasoning.

The following is a critique of Bob the Bible-Basher’s article, “Abortion: Does the Bible Say When Life Begins?” (11-1-20).

Does the Bible say that life begins at first breath? If so, that strengthens the pro-choice argument. . . .

[A]ctor and political commentator John Fugelsang, . . . attacked the popular Christian claim that life begins at conception with this tweet:

Fugelsang is probably referring to this verse from the Garden of Eden story: “Then the Lord God formed a man from the dust of the ground and breathed into his nostrils the breath of life, and the man became a living being” (Genesis 2:7). . . .

Not only does the Bible say that the “breath of life” is what living things have, it’s what they don’t have when they die. This is what the dying animals during the Flood lost: “Everything on dry land that had the breath of life in its nostrils died” (Gen. 7:22). Another example is from the Canaanite genocide: “But as for the towns of these peoples that the Lord your God is giving you as an inheritance, you must not let anything that breathes remain alive” (Deuteronomy 20:16). One commentary says, “Breath is understood to be essential to life; and that when the breathing stops, life ends.” . . .

First, “knitted” (Strong’s #05526) is more literally “wove,” as would be done with a protective screen or fence woven from branches, and by implication it can mean to fence in, cover, or protect. Yes, it’s important for a fetus to be in a protective womb when it is developing, but this simply acknowledges the gestation process. During that process, you aren’t you, but (with luck) you will be by the end.

The fallacy here is thinking that breath is all there is to a living being — the totality of its “living principle” — , or that the Bible supposedly states that. The Bible simply notes the obvious fact that a living person breathes and that a dead person ceases to breathe. But does this logically deny or preclude other factors such as brain waves and a heartbeat? No.

Breath (logically) cannot be the only criterion of what constitutes a living person, by the simple fact that there are instances of non-dead people not being able to breathe:

1) a person who has the breath temporarily knocked out of him.

2) a person who temporarily can’t breathe due to an obstruction in their throat.

3) a person who needs a ventilator in order to breathe (or in the old days, a lung machine).

4) a person in the process of drowning, who is not breathing; or afterwards on the shore when they are still not breathing, but are revived.

None of these people cease to become persons during these times when they can’t breath. Therefore, personhood cannot be determined solely by breathing. The Bible is very phenomenological in its language. It observes that living people breathe: as a general proposition, which is true, as far as it goes. But this doesn’t preclude other attributes of a living person.

Likewise, if I say, “all persons who are alive breathe” I haven’t exhausted all that is true about them; most notably, that they must also have brain waves and a heartbeat.

Bob wants to play games with Psalm 139:13, but neglects to see the obvious presupposition that the Bible is obviously equating the preborn person with the person who continues to grow before birth and is eventually born, since the writer, King David, refers to “my inward parts” and “you knitted me” and “my mother’s womb.”

2) If I refer to myself before I was born as “me”, it must refer to the same person.

3) Both A and C = “me”; therefore, they are equal to each other. It’s the same person before or after birth.

Bob opines: “you aren’t you, but (with luck) you will be by the end.” On what basis can he say this? It has to reduce to a purely arbitrary line, as to when he begins to exist. Pro-lifers make the obvious scientific (genetic) observation that a person’s entire collection of DNA is present at the moment of conception. After that, only time and nutrition are needed for that fetus — from the beginning — to grow into a human adult. It’s the same person all the way through. There is no point other than conception that can objectively and without sheer arbitrariness be called the point at which Person X began.

But that is Bob providing his own philosophy. The argument in his paper, however, ultimately has to do not with his own views, but about what the Bible says about the beginning of human life and human personhood. It’s easy to show that the Bible regards the preborn person as a person, indistinguishable in essence from a born person. I already showed how Psalm 139:13 presupposes this, by very basic logic. But there are more passages along these lines:

Genesis 25:21-22 (RSV) And Isaac prayed to the LORD for his wife, because she was barren; and the LORD granted his prayer, and Rebekah his wife conceived. [22] The children struggled together within her; . . .

“Children” in 25:22 is the Hebrew word ben (Strong’s word #1121). This is referring to the twins, Jacob and Esau. The same word is used hundreds of times in the Old Testament to refer to children who are born. Therefore, the Bible regards preborn and born children as the same in essence (“children”). If a = b and c = b, then a = c.

Numbers 5:28 But if the woman has not defiled herself and is clean, then she shall be free and shall conceive children.

Ruth 1:11 Have I yet sons in my womb that they may become your husbands?

Job 31:18 (for from his youth I reared him as a father, and from his mother’s womb I guided him);

Psalm 51:5 Behold, I was brought forth in iniquity, and in sin did my mother conceive me.

Jeremiah 1:5 Before I formed you in the womb I knew you, and before you were born I consecrated you; I appointed you a prophet to the nations.

Tobit 4:4 Remember, my son, that she faced many dangers for you while you were yet unborn. . . .

Wisdom 7:1 I also am mortal, like all men, a descendant of the first-formed child of earth; and in the womb of a mother I was molded into flesh,

Luke 1:36 And behold, your kinswoman Elizabeth in her old age has also conceived a son; . . .

Luke 2:21 And at the end of eight days, when he was circumcised, he was called Jesus, the name given by the angel before he was conceived in the womb.

Romans 9:10 And not only so, but also when Rebecca had conceived children by one man, our forefather Isaac,

The same outlook is present in the above passages.

I rest my case. As usual, Bob doesn’t have a clue what he is talking about, when it comes to the Bible. He ought to leave it to the experts, and shut up about it, for his own good. 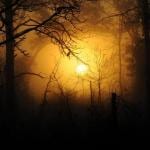 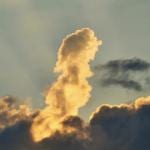 November 10, 2020 Is Worship of God Through an Image Biblical?
Recent Comments
0 | Leave a Comment
"Honestly, I read the flood account more as an account of what the Israelites believed, ..."
Anthony Debate: Historical Local Flood & Biblical ..."
"The list is chronological. :-)"
Dave Armstrong Best-Sounding Beatles Songs: All 211
"Pretty reasonable rankings Dave, although I don't see how Revolution 9 gets above 200. :-)It ..."
VicqRuiz Best-Sounding Beatles Songs: All 211
"The Galileo incident was very complex. Of course secular historians and anti-theist atheists and anti-Catholic ..."
Dave Armstrong Debate: Historical Local Flood & Biblical ..."
Browse Our Archives
Related posts from Biblical Evidence for Catholicism