History of Christmas Trees & Their Symbolism 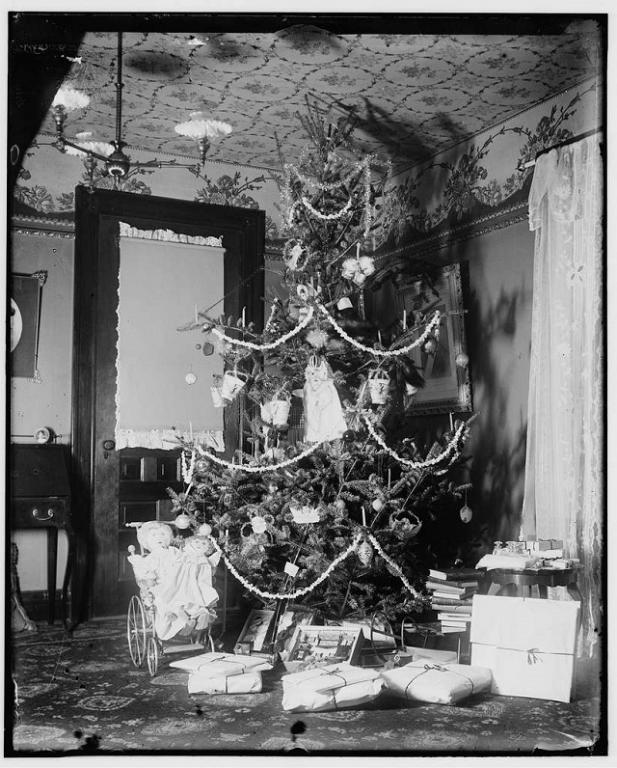 [this was also published in The Catholic World Report on 12-22-20, under the title, “Christmas Trees: Christian Symbolism & Development of the Custom”]

It appears that virtually all who look into the origin and Christian symbolism of Christmas trees trace the first overt example to St. Boniface (bet. 672-679 to 745 or 755). The story he is most famous for (related to the evangelization of Germany) is his Elijah-like cutting-down of the sacred oak tree of the thunder-god Thor, around the year 725 AD, at Geismar, near Fritzlar in the Hesse region (without being struck down by the same Thor), leading to the conversion of many to Christianity.

Much less known is the legend (not included in St. Willibald’s biography from the 8th century) that at the same time, St. Boniface spotted a small fir tree with cones nearby, and noted that its triangular shape symbolized the Holy Trinity, and that its branches pointed towards heaven. Who knows? True or false,  it’s a lovely tradition: reminding one of St. Patrick and the shamrock.

If the story of Boniface is true, he very likely had in mind existing liturgical customs, which are far more historically documented. From the earliest days of Christian liturgy during Advent, the evergreen wreath was a symbol of everlasting life and the endless love and mercy of God. The “hanging of the greens” at the beginning of Advent is a very ancient custom. Added candles represented light coming into the world through the birth of Jesus Christ.

According to Encyclopaedia Britannica (“Christmas Tree”):

Tree worship was common among the pagan Europeans and survived their conversion to Christianity in the Scandinavian customs of decorating the house and barn with evergreens at the New Year to scare away the Devil and of setting up a tree for the birds during Christmastime. It survived further in the custom, also observed in Germany, of placing a Yule tree at an entrance or inside the house during the midwinter holidays.

Adoption and adaptation of these customs is an example of the numerous instances in which the Catholic Church “baptized” morally neutral pagan customs. It was a smart way of applying St. Paul’s evangelization approach of “I have become all things to all men, that I might by all means save some” (1 Cor 9:22, RSV).

By the 12th century, fir trees were hung upside down during Christmastime, in central Europe. Also, from the 11th through to the 16th century, miracle or morality plays were very popular. One of these was the Paradise Play, about Adam and Eve.

It was performed on Christmas Eve, and featured a fir tree decorated by apples (the forbidden fruit) and wafers (the Eucharist) – sometimes surrounded by candles as well. This tree  eventually started to appear in homes as well, and it may be one of the influences on the red-and-green Christmas motif: along with holly and its red berries.

Customs of erecting decorated trees in wintertime can be traced to Christmas celebrations in Renaissance-era guilds in Northern Germany and Livonia. The first evidence of decorated trees associated with Christmas Day are trees in guildhalls decorated with sweets to be enjoyed by the apprentices and children. In Livonia (present-day Estonia and Latvia), in 1441, 1442, 1510 and 1514, the Brotherhood of Blackheads erected a tree for the holidays in their guild houses in Reval (now Tallinn) and Riga. On the last night of the celebrations leading up to the holidays, the tree was taken to the Town Hall Square, where the members of the brotherhood danced around it.

In 1584, the pastor and historian Balthasar Russow in his in his Chronica der Provinz Lyfflandt, referred to a tradition, in Riga, of a spruce tree in the main square, to which young men “went with a flock of maidens and women, first sang and danced there and then set the tree aflame”.

It sounds like an early version of “Rockin’ around the Christmas tree” doesn’t it?!

Another story has it that Martin Luther (1483-1546), the founder of Protestantism, first added lit candles to a tree, having been inspired on one winter night by the stars twinkling through evergreen trees.

It’s also said that Germans in the 16th century modified the apple decorations of evergreen trees (from the mystery plays), with the “Christmas light”: a sort of pyramid-shaped base, decorated with tinsel, glass balls, and a candle on top. If so, they may be able to lay claim to producing the first Christmas ornaments.

We also have record of a small tree in Bremen, Germany from 1570. It was described as being decorated with “apples, nuts, dates, pretzels and paper flowers”.

In other descriptions of this period in Germany, we hear about Christmas Trees being adorned  with gingerbread and gold covered apples. Glass makers started making small ornaments. In 1605 an anonymous German wrote: “At Christmas they set up fir trees in the parlours of Strasbourg and hang thereon roses cut out of many-colored paper, apples, wafers, gold foil, sweets, etc.” . . .

C. C. Martindale, writing in Catholic Encyclopedia (“Christmas”) in 1908, concurs that “the Christmas tree [was] first definitely mentioned in 1605 at Strasburg.” This presumably refers to the term itself, but not the overall custom, which, as we have already seen, was present beyond dispute in Latvia and Estonia by the 15th century. There is also record of a Christmas tree set up in the Strasburgh Cathedral 66 years earlier: in 1539.

The first recorded Christmas tree can be found on the keystone sculpture of a private home in Turckheim, Alsace (then part of Germany, today France), dating 1576.

We have another fascinating tidbit from Alsace in this regard, but from over fifty years earlier. In the town records of Schlettstadt in Alsace in 1521, mention is made of special protection of local  forests on the days during  Christmastime, with proscribed punishment for anyone who cut down a tree for the purpose of Christmas decoration. It’s a very interesting “proof” of the custom. The same thing occurred in Freiburg in 1554.

And we have a record from Basel, Switzerland, of a tailor apprentice carrying around town a tree decorated with apples and cheese, in 1597, to both celebrate the holy day and to feed the needy. It’s delightful in that it contains the element of gift-giving and almost a hint of Santa Claus.

It seems that the precise history of Christmas trees is a wildly disputed affair, and that the preferred “decisive” origin story is often in the eye of the beholder. But surely this is the case with any widely disseminated custom, joined in by many millions of people in many countries and different cultures. Simultaneous origins in different places would not be at all unexpected.

By the early 18th century, the custom had become common in towns of the upper Rhineland, but it had not yet spread to rural areas. Wax candles, expensive items at the time, are found in attestations from the late 18th century.

The custom did eventually gain wider acceptance beginning around 1815 by way of Prussian officials who emigrated there [the lower Rhine] . . .

In the early 19th century, the custom became popular among the nobility and spread to royal courts as far as Russia. Princess Henrietta of Nassau-Weilburg introduced the Christmas tree to Vienna in 1816, and the custom spread across Austria in the following years. In France, the first Christmas tree was introduced in 1840 by the duchesse d’Orléans. In Denmark a Danish newspaper claims that the first attested Christmas tree was lit in 1808 by countess Wilhemine of Holsteinborg.

They were also popular by this time in Switzerland, Poland, and the Netherlands.

The more recent history of Christmas trees: particularly in England and America, is equally fascinating, and disputed. But that, I submit, makes it all the more fun. It might have been this, and it might have been that. It’s interesting to learn anything about it.

It’s been said that the first American Christmas tree was seen in 1777, when an imprisoned Hessian soldier introduced it in Windsor Locks, Connecticut. Hessians are also said to have set up a Christmas tree in Quebec in 1781. Other “first claimants” are Easton, Pennsylvania in 1816 (German settlers) and Matthew Zahm in Lancaster in the same state, in 1821. Yet German Pennsylvanian settlements had had community trees as early as 1747. Wikipedia adds:

The first image of a Christmas tree was published in 1836 as the frontispiece to The Stranger’s Gift by Hermann Bokum. The first mention of the Christmas tree in American literature was in a story in the 1836 edition of The Token and Atlantic Souvenir, titled “New Year’s Day”, by Catherine Maria Sedgwick, where she tells the story of a German maid decorating her mistress’s tree. Also, a woodcut of the British Royal family with their Christmas tree at Windsor Castle, initially published in The Illustrated London News December 1848, was copied in the United States at Christmas 1850, in Godey’s Lady’s Book. . . . The republished Godey’s image became the first widely circulated picture of a decorated evergreen Christmas tree in America.

Queen Victoria referred in her journal on Christmas Eve, 1832, as a thirteen-year-old, to “two trees, hung with lights and sugar ornaments,” with “presents being placed round the trees.” She married Prince Albert of Germany, the custom spread rapidly, after he gave her a gift of a Christmas tree in 1841: supposedly the first in England. The Prince sent Christmas trees to many schools throughout England, and also army barracks.

Christmas tree customs and decorations exploded with wild proliferation by the late 19th century: approaching what we have today (minus the electric bulbs). Woolworth was selling 25 million dollars’ worth of ornaments annually by 1890.

The custom is still obviously thriving today, and arguably, as beloved as ever. For all we know, it shall develop all the more in the future, just as it has these past 600 or more years. 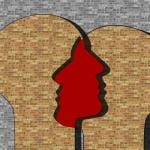 December 21, 2020
Dialogue w Christian "Outside of Orthodoxy"
Next Post 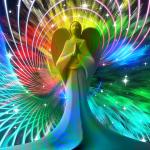 December 23, 2020 Making Merry at Christmas: Clear Biblical Models
Recent Comments
0 | Leave a Comment
"No, but that's what the devil wants and loves."
Dave Armstrong Marshall, Keating, & Lawler: Exchanges Re ..."
"Heard a discussion on Catholic radio this evening, an interview with Cardinal Dolan about the ..."
onlein Marshall, Keating, & Lawler: Exchanges Re ..."
"Of course, there is no proof that Pope Francis is a heretic. He never can ..."
Paul Hoffer Phil Lawler: No Proof Pope Francis ..."
"I might suggest we take his flawed, self-serving list and propose a negative path. Q. ..."
Dave Crago Seidensticker Folly #72: Why an Eight-Week ..."
Browse Our Archives
get the latest from
Biblical Evidence for Catholicism
Sign up for our newsletter
POPULAR AT PATHEOS Catholic
1