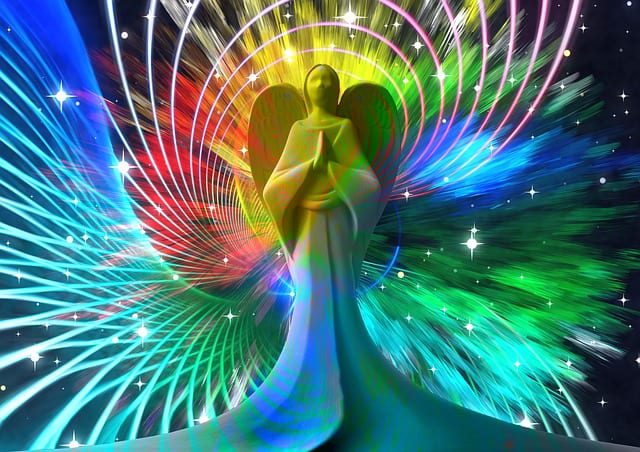 How are we taught to act with regard to Jesus’ birth and Christmas, according to Scriptural models? We do definitely have those. An angel of the Lord told the shepherds in the field near Bethlehem: “I bring you good news of a great joy which will come to all the people; for to you is born this day in the city of David a Savior, who is Christ the Lord” (Lk 2:10-11, RSV).
*
Then a “multitude” of angels were “praising God and saying, ‘Glory to God in the highest'” because of the birth of Jesus (Lk 2:13-14). The shepherds, after finding Jesus and worshiping Him, were “glorifying and praising God for all they had heard and seen, as it had been told them” (Lk 2:20). Likewise, the wise men, along with their worship, “rejoiced exceedingly with great joy” (Mt 2:10).
*

So we see how both angels and men reacted to the birth of Jesus, and it would seem to be a perfectly obvious response for Christians (we who follow and worship Jesus) to have. But an oh-so-pious extreme fringe of Calvinists wants to tell us that it’s wrong and unbiblical and immoral — against God’s will (and actually a form of idolatry!) — to celebrate the birth of Jesus our Lord and Savior and Redeemer. This is not only ridiculous in the highest degree, but wicked and blasphemous: to believe such a thing.

These are natural human emotions, and we can and should express them on holidays, with celebrations and happiness and joy and merriment. This is how King David acted before the ark of the covenant, which contained God’s special presence:

How much more do we and should we show joy and “make merry” and dance and play music to celebrate God becoming man? If we can’t be joyful and demonstrative about that (the Good News!), then we should about nothing at all.
***
Facebook friend Arjay Alejo helpfully suggested the following related biblical passages:

I was just thinking maybe we can also use some passages from the Book of Esther as one of the biblical models of Christmas celebration. It is written in Esther chapters 8 and 9 that the Feast of Purim was established to commemorate “…the saving of the Jewish people from Haman, an Achaemenid Persian Empire official who was planning to kill all the Jews…” (Wikipedia). This feast was celebrated by the Jews in the way that we Christians celebrate Christmas or any holiday/ holy day as seen in the following passages:

Esther 8:15-17 And the city of Susa held a joyous celebration. For the Jews it was a time of happiness and joy, gladness and honor. In every province and in every city to which the edict of the king came, there was joy and gladness among the Jews, with feasting and celebrating.
Esther 9:17-18 This happened on the thirteenth day of the month of Adar, and on the fourteenth they rested and made it a day of feasting and joy. The Jews in Susa, however, had assembled on the thirteenth and fourteenth, and then on the fifteenth they rested and made it a day of feasting and joy.
Esther 9:19 That is why rural Jews—those living in villages—observe the fourteenth of the month of Adar as a day of joy and feasting, a day for giving presents to each other.
Esther 9:20-22 Mordecai recorded these events, and he sent letters to all the Jews throughout the provinces of King Xerxes, near and far, to have them celebrate annually the fourteenth and fifteenth days of the month of Adar as the time when the Jews got relief from their enemies, and as the month when their sorrow was turned into joy and their mourning into a day of celebration. He wrote them to observe the days as days of feasting and joy and giving presents of food to one another and gifts to the poor.

We can see that the Feast of Purim was not established by God but by a human being. Also, there are feasting, merrymaking, giving gifts to one another and other stuff people do during the Christmas season. 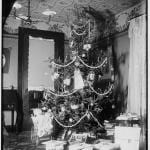 December 22, 2020
History of Christmas Trees & Their Symbolism
Next Post 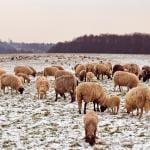 December 26, 2020 Jesus' December Birth & Grazing Sheep in Bethlehem
Recent Comments
0 | Leave a Comment
"You're welcome. Thanks for your kind words."
Dave Armstrong COVID Vaccines, Facts, & Conscientious Objection
"Thanks Dave for great article. Appreciate the research and arguments, facts, and opinions. I too, ..."
David COVID Vaccines, Facts, & Conscientious Objection
"No you are changing the subject. The original post by Jim was implying that atheists ..."
WayneMan Problem of Good: More Difficult than ..."
"One unrealized factor: viruses (including covid19) are most contagious the day before and when symptoms ..."
Fran Mayes COVID Vaccines, Facts, & Conscientious Objection
Browse Our Archives
get the latest from
Biblical Evidence for Catholicism
Sign up for our newsletter
POPULAR AT PATHEOS Catholic
1