Why Do I Defend the Bible Against Atheist Attacks?

Why Do I Defend the Bible Against Atheist Attacks? February 10, 2021 Dave Armstrong

The Purposes and Goals of Contra-Atheist Christian Apologetics 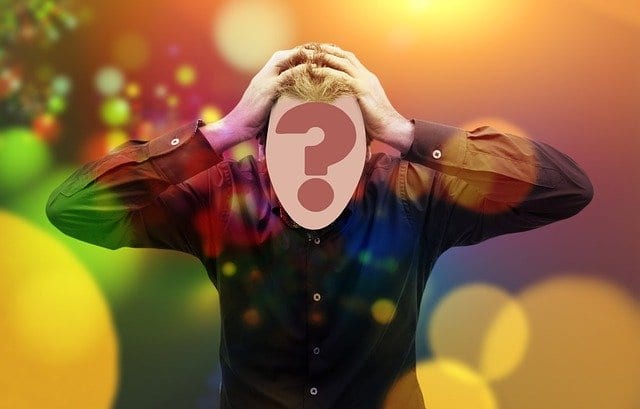 “Sporkfighter” is a friendly and fair-minded atheist who asked me some good questions underneath my article, Groundless Gospel of Mark Bashing Systematically Refuted (2-9-21). Here are my replies, with a short second round as well. It became an excellent opportunity to explain the wider goals and motivations of apologetics. His words will be in blue.

Question: Who are you writing for?

1) Christians: for their existing faith to be strengthened by seeing the weakness of opposing arguments and the strength of our own.

2) For Christians who are wavering in their faith (who would be adversely affected by the material I refute) and perhaps considering leaving it and/or becoming an atheist: to be strengthened by seeing the weakness of opposing arguments.

3) For those wondering about the doctrines of biblical inspiration and infallibility.

4) For fair-minded, honest atheists: to show that these atrocious arguments are embarrassing for atheists to put out: and ought to be rebuked from within their own community.

5) For the atheist who actually thinks these are unanswerable arguments.

6) For the atheist who might be on the fence and is considering forsaking atheism.

7) For atheists or anyone else who think that Christian theology is held only by gullible, infantile ignoramuses, who hate science and reason.

8) For anyone who thinks that Christianity is fundamentally irrational and opposed to reasonable explanation or defense.

9) For the sake of truth itself (i.e., what I, to the best of my ability, have come to believe is truth).

10) For the sake of open and honest discussion between opposing viewpoints: believing that dialogue is a means to obtain truth.

Are you writing to give Catholics support for their beliefs?

Inasmuch as Catholics are in the category of Christians, yes. But I’m also offering support for things where Protestants , Orthodox, and Catholics are in full agreement. I don’t argue about Catholic distinctives when defending Christianity against atheist attacks (I don’t consider it appropriate or prudent): unless they hit upon a specifically Catholic belief. Nothing in my reply here or in others like it should cause the slightest pause for any traditional, conservative (trinitarian / Nicene Creed) Christian. In fact, I could have written this when I was an evangelical Protestant (1977-1990).

Are you writing to convince non-Catholic Christians that Catholicism it one-true or the most-true path to salvation through Jesus?

No; per my previous reply. I do that in many other papers, but in this context it’s inappropriate. The word “Catholic” appears once in the entire article, and it is simply in referring to a “Catholic apologist” who made a general Christian apologetic point: precisely as I am doing here. So why do you keep bringing up Catholicism, as if it were relevant to my paper? It’s odd.

Are you writing to convince non-Christian theists that Christianity generally and Catholicism specifically is the path to the true God?

In a way, the first thing (in an indirect / roundabout sense), but it’s not my direct goal. The latter is addressed in hundreds of other papers of mine.

Are you writing to non-believers, trying to convince them that there is a God, that the Pope in Rome is his representative and the Catholic Church His…marketing arm?

It’s a specific argument; not the whole ball of wax. The question at hand is”: “Is Mark trustworthy as a document?, or is it so full of contradictions that the author has no credibility and no one (as a result) could possibly believe it was inspired by God.” I “defeat the defeaters, as Alvin Plantinga often says. It’s not defending the entire Bible (let alone all of Christianity or more specifically, Catholicism). It’s simply showing that these particular objections fall flat and achieve nothing whatsoever to tear down the Gospel of Mark.

If it’s the fourth, the best you’ll ever get a Bible full of events that could have happened without external evidence that they did happen.

Again, this is a “reactive” enterprise. I am showing how these objections fail. You’re way ahead of the game and have to realize the intent of any particular apologetics project. I’m happy to clarify.

I’m in the fourth group, and I just shake my head at the effort you go through to show the Bible can’t be proven false.

It’s not claiming the entire Bible can’t be proven false (though I do believe that). It’s showing how these arguments against Mark are a bunch of hot air and are irrational. It’s meant to give folks pause who are mightily impressed by these ludicrous pseudo-“arguments.” Then there are hundreds of other possible arguments and objections to address (most of which I have dealt with, in my 3180 articles on my blog, and 50 books). The argument for Christianity and the Bible is a cumulative one, consisting of scores and scores of individual arguments, adding up to the conclusion that Christianity is true and atheism false.

Does it really matter if you can explain why apparently differing details in the four Gospels don’t leave the Bible hopelessly internally contradictory?

Yes, but it’s just one piece in a large puzzle. Does it really matter to you that your fellow atheists make such terrible arguments? Are you able to admit that any in this piece are in fact, disproven by my replies? You haven’t said one word about my actual arguments. Instead, it’s all “meta-analysis.”

At best, you have a fantastic tale that “could have happened” with no evidence that it did happen.

People are convinced by an accumulation of considerations, which they feel all point in one direction: the truth of Mark or the Bible or of Christianity. If I make them curious here and persuade them of anything, then they will be game for future attempts at persuasion: all the way up to a possible conversion to Christianity or Catholicism specifically, or to a serious doubting of atheism, or a strengthening of a weak or wavering Christian faith. It’s all good. It’s what I was put on this earth to do (what we call a “calling” or “vocation”).

Exactly! I am using reason as that common ground that both sides accept. I never say, “accept x, y, or z simply because Christians / the pope / Christian tradition says so.” I say, “accept it because it appears by virtue of reason to be true,” or “it may be true, given the weakness of opposing arguments” or “it appears to be more plausible than atheist alternatives.”

If you want to convince people inside your tradition, why? They’re already convinced.

It’s strengthening their existing faith, and providing support in reason for their faith, so it can be held more boldly and confidently, and more efficiently and successfully shared with others. Christians are under attack from all directions. There is a need for certain folks in our community to help support the faithful through efforts like this and many others of a different nature (such as social service or prayer, etc.).

If you find the academic challenge interesting, that would be the answer that makes the most sense to me.

I do enjoy that as well. But I find these atheist “objections” so weak, I would hardly even classify them as “academic.” They purport to be academic or semi-academic. Most of them would be laughed off of the stage of any truly academic setting. I’m not an academic or scholar. But I do claim to engage in semi-academic / “thinking man’s” lay apologetic endeavors. And I have held my own in dialogue with many scholars.

Excellent and comprehensive reply. I’m still looking for evidence that any supernatural realm of any kind exists before I wrestle with the details. Picking apart Christianity as a way to support my position would be pointless, because there’s always another tradition or faith to knock down, and another, and another.

Glad you like it. I would say that it sure looks like — according to cutting-edge science — an immaterial “spirit” of some sort, something wildly different from what we have up till now understood as “matter”, exists (to the tune of 95% of the entire universe). Most atheists have been telling us for centuries that it didn’t. You may have seen my recent paper on this: Seidensticker Folly #71: Spirit-God “Magic”; 68% Dark Energy Isn’t?

In other words, even science is leading us rapidly into new realms of “spirit” or “whatintheworldisthis?” stuff. Perhaps that is your gateway into the “supernatural realm of any kind.” 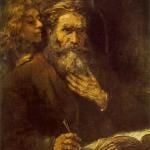