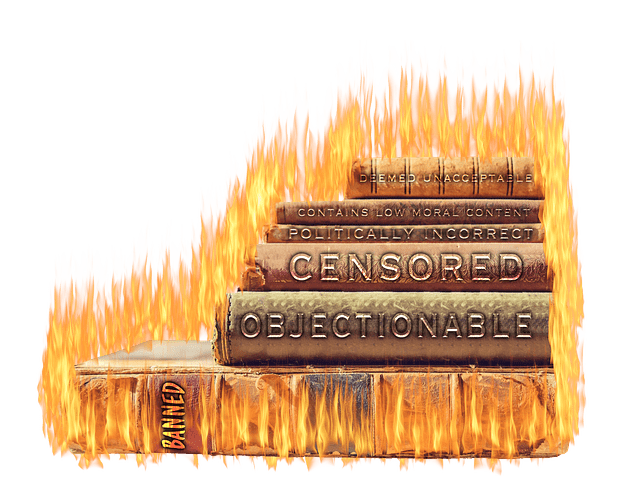 Apparently now it is liberal dogma that no one can possibly decide to not receive a particular vaccine. To not do so is to automatically be a wild-eyed conspiratorialist; perhaps even a “domestic terrorist”! Facebook Big Fascist Brother, in its infinite wisdom, deemed that a post of mine from five days ago, entitled, “Two Separate Thoughts About COVID Vaccines” didn’t “follow” their “community standards.” Presumably, my warning had to do their notice on the [leftist] “Standards” page:

As people around the world confront this unprecedented public health emergency, we want to make sure that our Community Standards protect people from harmful content and new types of abuse related to COVID-19. We’re working to remove content that has the potential to contribute to real-world harm, including through our policies prohibiting coordination of harm, sale of medical masks and related goods, hate speech, bullying and harassment and misinformation that contributes to the risk of imminent violence or physical harm.
As the situation evolves, we continue to look at content on the platform, assess speech trends, and engage with experts, and will provide additional policy guidance when appropriate to keep the members of our community safe during this crisis. [italics added]

Facebook Big Fascist Brother got a little more specific as I jumped through the hoops explaining my ominous “warning”:

We encourage free expression, but don’t allow false information about COVID-19 that could contribute to physical harm.

Right. So now if a person chooses in their own conscience to not receive a COVID vaccine, somehow this is “false information” about the virus? How so? I didn’t say a word about the virus: its nature, etc. I haven’t questioned anything about it. I simply explained briefly (originally in a PM) why I will not be receiving the vaccine. Moreover, in the combox (now lost for posterity), I didn’t knock the vaccine in and of itself. I didn’t tell anyone else not to take it (I was neither legalistic nor conspiratorial), and I said it would have a good overall result as a result of people taking it.
*
Perhaps my real cardinal sin (the “unspoken abomination”), and one that couldn’t possibly be allowed to pollute the hallowed environs of Facebook, was daring to mention “dead baby parts” used in the development of most of the vaccines. That’s a naughty no-no. Facebook is highly concerned about everyone under the sun (and rightly so) while making a glaring exception for human beings who happen to inhabit their mother’s wombs — statistically the most dangerous place for anyone to ever be: only about a 67% chance for survival (and even less in liberal, “progressive” cities).
*
Never mind that His Eminence Lord Anthony Fauci, is on public record, stating the following:

You don’t want to mandate and try and force anyone to take a vaccine. We’ve never done that. You can mandate for certain groups of people like health workers, but for the general population you can’t.  [added in context, from another similar article: We don’t want to be mandating from the federal government to the general population.] It would be unenforceable and not appropriate. (“COVID-19 vaccine won’t be mandatory in US, says Fauci”, MedicalXPress, 8-19-20)

As noted in a WebMD article (a standard medical site), Lord Fauci was even more definite:

So what would Lord Fauci have to say about my Facebook post? Would he censor it, too, like Facebook Big Fascist Brother, or would he allow it, since it’s perfectly in harmony with his own clear statements about the non-compulsory nature of the vaccine? It sure looks like he would allow it. If refusal is allowed, and given the okay by one as hallowed and utterly unquestionable as Lord Fauci, then how in the world can it violate the “standards” of Facebook Big Fascist Brother? Aren’t they with the program? Don’t they know that Liberal Lord Fauci is infallible? How can their groupthink policies clash with his expressed and unassailable opinion?
*
There is growing evidence that at least some people who receive the vaccine, die shortly afterwards: possibly because of the vaccine itself. I’m not saying it is “many” or a “lot”; just (undeniably) “some”. Lest anyone conclude that this is “right wing conspiracist garbage” don’t just believe me (who detests false conspiracy theories as much as any liberal), take it from “mainstream” media news outlets:

Note what has happened, as a result of Facebook Big Fascist Brother censoring a short editorial by myself on my own Facebook page:

1) It was originally intended only for Facebook (which means not many viewers, since Facebook sees to it that hardly any of my 5,000 friends and 2,800 followers — by their own report — ever see my posts in their feed). Now, as a direct and defiant reaction to their strong-arm / know-nothing tactics, I have moved it to a much wider audience on my popular blog.
*
2) My original post also had a lot of interaction with those who disagreed with me, including some friends in real life. That’s exchange of ideas, critical thinking, free speech, listening to two sides of an argument, and making up your own mind: all apparently anathema to Facebook. That’s all wiped out now and I can’t even see it. So even a view that agrees with them was eliminated through their stupid anti-free speech “policy.” Great move there, guys!
*
3) As a result of the fascist “shut up!” tactics, I have not only posted the original article here, but have also expanded it to about three times longer than it originally was, and greatly strengthened it by citing Dr. Fauci (the closest to revelation that the influential radically secularist wing of liberal fascists ever get) and articles about death seemingly caused by the vaccine.
*
[therefore, the fascist mentality — like Roman persecution of early Christians — only promotes and encourages that which it is trying to stamp out. I will not be shut up]. I can’t post what I did on Fascist Facebook, but I can here on my own blog, since Patheos — for all its faults, and there are many — actually follows a free speech philosophy]

Moreover, the idiot-fascists who monitor Facebook are blissfully unaware — and I savor the precious irony — that I  have been very vocal regarding mindless conspiratorial theories about the virus from the ecclesiological and political right:

I also wrote about leftist hysteria and conspiracy theories regarding the pandemic, too (because I oppose all fact-challenged conspiratorialism and fanaticism and extremism, whether from the left or right):

Both sets of critiques were cross-posted on Facebook and never censored.
*
This is what thinkers do. It’s vastly different from the Know-Nothing Fascist Censoring idiots at Facebook who sit around and deem what is true and false (and/or “dangerous”) — of course, allowing any outrage concerning abortion whatsoever — and disallow the latter: which just by coincidence inevitably lines up with a left-wing worldview every time; and paint anyone who disagrees as a “conspiratorialist” and “domestic terrorist” (wants, of course, to attack the Capitol building) and an extremist who is dangerous to society.
*
Now you, dear reader, will have the ability to read my original piece below and decide for yourself a whether it is fit for public consumption, or whether it  “could contribute to physical harm.”
*
And we can discuss it in the combox if you like. Isn’t free speech great?
*
*****
*
Two Separate Thoughts About COVID Vaccines
*
++++++++++++++++++++++
*
[just expressed in answering a PM]
*
1) Vaccines and Dead Baby Parts
*
What both the pope and Church leaders are teaching concerning it is that Christians are not responsible if in the past any portion of these vaccines was drawn from aborted babies.
*
It’s a question of “how remote a thing can be before we are not personally responsible for it.”
*
As an example, we all buy many things made in China because so much is! Does it follow that in purchasing a shirt or a video game from China, that we therefore are supported slave labor, prison re-education camps or forced abortion that occur there? No.
*
We’re not required to not buy things from China. On the other hand, it might be good to further reflect on cutting down, based on these same reasons.
*
Personally, as a committed pro-life activist these past 39 years, I don’t like this aspect at all, and it would be one reason why I don’t want a vaccine. But that view can’t be imposed onto everyone else. The Church has allowed it and she is our authority.
*
2) Moral or Charitable “Requirement” to Take the Vaccine / Being Forced
*
Moreover, on the question of being “required” to take them or not, I don’t think even a pope can demand that we do so. It’s a question of each individual’s conscience and state of knowledge.
*
In my own case, I have many questions about vaccines based on my holistic approach to medicine and health issues, and I don’t plan on getting the vaccine. I haven’t contacted COVID yet, and I think it’s because I am healthy, with a strong immune system, from years of practicing holistic philosophy in food and medicine (not that I am at all against conventional medicine).
*
Nor do I get a flu shot every year. My immune system is so strong I rarely ever get the flu (maybe every three years). I rarely get even a cold.
*
So I have done my best to ensure that a) I am healthy overall, and b) I don’t contract the virus, based on the usual masking and social distancing efforts and limiting interaction with large crowds.
*
That’s being socially responsible and it is part of the reason that I need not get the vaccine. I don’t have the virus and so can’t pass it on to anyone else.
*
***
*
Photo credit: Prettysleepy (4-10-18) [Pixabay / Pixabay License]
*
***
Previous Post 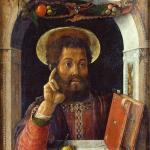 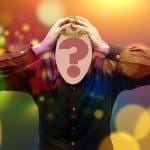