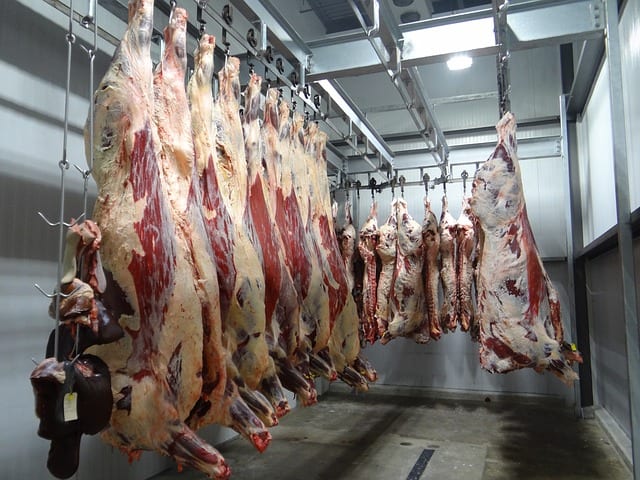 Jon Curry is an atheist I’ve known for many years, and have met in person many times (along with his atheist friends), since he lives in metro Detroit. His words will be in blue. We had this discussion on another Facebook page.

[expressed to someone else] By the same token maybe you “couldn’t help liking” Josef Goebbels and Heinrich Himmler on a personal level and overlook the fact that they had this annoying shortcoming: believing killing Jews was okay?

*
In seven countries—Kazakhstan, Kyrgyz Republic, Uzbekistan, Bulgaria, Turkey, Tunisia and Switzerland—abortion incidence declined as prevalence of modern contraceptive use rose. In six others—Cuba, Denmark, Netherlands, the United States, Singapore and the Republic of Korea—levels of abortion and contraceptive use rose simultaneously. [source]

*
Then they go into reasons, but the result was that contraception and abortion both rose in the US: as is indeed blindingly obvious to anyone without blinders on.
*

It was precisely when the Pill became available in 1960 that the sexual revolution exploded and guess what?

*
This is now my third time conceding this. The pill allows more promiscuity, which leads to abortion. I accept that. Where I differ from you and Greg is that I think that you must address abortion WITHIN EXISTING CONDITIONS. This is not the 1600s. The pill is not going away. A pro-life person considers strategies for reducing abortion based on existing conditions. That’s what I’m doing. This I argue is the pro-life approach. Preaching at people like it’s 1645 is not effective.
*
We know this because conservatives have had the opportunity to preach abstinence only WITHIN EXISTING CONDITIONS and the data prove that it DID NOT reduce the incidence of abortion. Therefore following this approach WITHIN EXISTING CONDITIONS increases the number of abortions in America. By a large amount. On the level of hundreds of thousands of dead babies every year.
*
1-I certainly think a person can be in favor of euthanasia and be a nice guy. I think euthanasia is morally acceptable.
2-No, I don’t think nice guys can be in favor of murderers just killing people in Chicago randomly.
*
And how is the Chicago analogy not apt? The analogy is “allowing” abortion as other people’s choices and “allowing” Chicago gangs to kill others by their choice. The only difference is that you hold (I believe) that the preborn child is not a person or not a human being; therefore can be slaughtered at will, whereas the poor Chicago kids are born (as if that makes any difference); therefore human and persons. But “new” / leftist / Democrat pro-lifers do not believe that, so they have to find another way to get out of the horns of the dilemma.

You contradict yourself (a not uncommon occurrence). You say: “With that knowledge we have to make decisions about whether we want to take steps to prevent possible abortions or not. The pro-life position has to be support for the steps that reduce the number of abortions. Sex ed and contraception is the pro-life position.”
*
So here you say [if grammar and logic are what they are] that contraception [along with sex ed] is tied to “prevent[ing] possible abortions”. But then you say, “This is now my third time conceding this. The pill allows more promiscuity, which leads to abortion. I accept that.”
*
So which is it: does greater availability of contraception increase or decrease abortion? You say both simultaneously, so your argument is incoherent and I have no idea what you’re even arguing, after this utter contradiction.
*
There is no contradiction. It would be like the invention of cars. Did the invention of cars lead to an increase in deaths on the road? Yes. You are saying cars should be banned. It’s not in the cards, cars exist, they are not going away. Now we must ask what we are going to do about the fact that cars kill people WITHIN EXISTING CONDITIONS. Should we add seat belts, should we add air bags? You don’t like cars, you think people just shouldn’t drive them, just like the Pope predicted, if you have cars you’ll have traffic accidents. Yeah, so what? Cars aren’t going away. We need to decide if we are going to continue to see so many people die in cars or improve cars and reduce the death. The pro-life position is to reduce the death.
*
I am not opposed to teaching about sex: I just want it done in a morally traditional way. All education inherently has a moral framework, whether it is acknowledged or not. It’s either gonna be secularism or some sort of moral traditionalism (usually Christianity, Judaism, Islam). Nor is the Catholic against all family planning, which is why we believe in Natural Family Planning, which is not contraception when understood and applied properly.
*
So this is not doing nothing. It’s simply an approach that you can’t handle or accept because it’s traditional and religious-based: though it is also based on the data of social science, as to long-term happiness, stable marriages and families, etc.
*
Secular social science backs up the notion that Christian observance leads to better marriages, stable families, and even (irony of ironies!) better sex in marriage. But let’s not confuse anyone with the facts of science . . .

*
you hold (I believe) that the preborn child is not a person or not a human being.

*
Honestly this is a tough issue for me, I won’t lie. You haven’t heard me say the pre-born is not a person and not a human being, that is not my view.
*
When you talk about whether someone is a nice guy though it’s very important to step into their shoes. Take on their assumptions. So I suppose [“new” pro-lifers] would answer and say that yes, he regards the fetus as a person, but [they] can understand how a reasonable person might think differently and he can see that from their perspective they are not murderers.
*
I suppose you know I am vegan, right? Honestly when I think about it too much it kills me what we do to pigs and cows and fish. And even chickens. People are deluding themselves and acting like it’s no big deal, like they don’t have feelings, like their pain doesn’t matter, like their emotions don’t matter. But people eat meat, I get that, I used to do the same. And so I don’t just say everyone that eats meat is terrible. And so I hate the meat industry, but I don’t hate the people who don’t know better. And that’s how it is with abortion. People are coming from a different place from you, you have to recognize that and therefore recognize that the moral implications for them supporting abortion vs you are different.

I directly challenge you to apply what you said about animals to preborn human beings:

Plenty of aborted babies are conscious and can feel the pain of their own murder. You want to pretend that none do.
*
It’s absolutely grotesque and chilling; morally outrageous. If you have that much feeling about cows (that — again — I agree with) then all the more reason for you come to grips with reality and moral sanity and utterly condemn abortion. But you can’t do that because it would require  people to actually control their genitalia, rather than being animals with no self-will or moral sense sufficient to understand that:
*
1) if you don’t want a child, don’t do the things that bring them into existence,
*
and
*
2) such a conceived child has an inherent right to life, which is self-evident in all of us being alive.
*
We like being alive; we should then extend that right to preborn children, by the Golden Rule: an ethical standard virtually all people at all times (including atheists) agree with.
*
God help us all . . . Thank God there is a heaven that these poor babies can experience: having been deprived of their entire post-born earthly existence.
*
You keep saying I’m being inconsistent. I keep arguing against it. And you just move on and don’t respond to what I say. It’s totally consistent to be against human death and animal death. What could be more consistent than that? It is totally consistent to recognize that birth control has led to more abortions and at the same time use birth control as a means to reduce the incidence of abortion because that deals with the world as it actually exists. I request that you show me what the inconsistency you allege is. Don’t say abstractly that you’ve answered it somewhere else.
*
This is my problem with what you are saying. You say “if you don’t want a child, don’t do the things that bring them into existence”. This is like saying “I have an idea, instead of going to war let’s all just love each other.” It doesn’t face the world as it actually is. It doesn’t fix a problem. It’s a utopian expression of an ideal world, it is not a realistic assessment of the world we live in. This is where we disagree. I want to see abortion eliminated. To do that I say you must eliminate the conditions that give rise to abortion. This is lack of education, this is lack of access to contraceptives. This is financial hardship, this is lack of access to affordable health care. This is a real world response to abortion, one that I think you should consider as I think it is more authentically pro-life. That’s my opinion anyway, but I may be crazy.
*
I give up. I have systematically answered, only to have you do your usual methodology and claim I haven’t answered at all. Yes, you’re morally crazy, and your “logic” is not any that I am familiar with.
*
***
*
Photo credit: BlackRiv (8-24-16) [Pixabay / Pixabay License]
*
*** 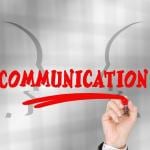 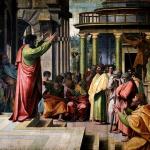