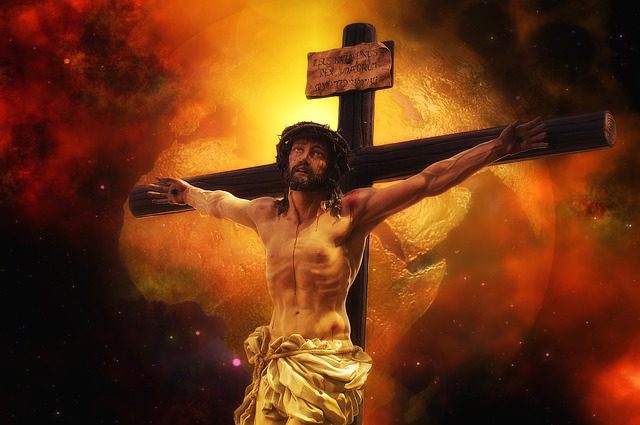 The following exchange demonstrates how easy such alleged “contradictions” are to refute and “solve.” Anyone who understands how logic works and who has an open mind and desire to be objective, could have done the same.

Atheist C Nault wrote the following on my blog:

Jesus’ final words on the cross before he died:

Luke 23:46 Jesus’ last recorded words are: “Father, into thy hands I commit my spirit.”

When you read the gospel accounts of Christ’s tomb, there are a lot of contradictions.

Here is my initial reply: made by simply looking at the biblical texts, and not consulting any other theological / apologetics source:

Matthew 27 doesn’t claim in the first place that “My God, my God, why hast thou forsaken me?” was Jesus’ last saying because it states: “And Jesus cried again with a loud voice and yielded up his spirit” (27:50, RSV). “Last recorded” is not the same as “last.”

Luke 23:46 Then Jesus, crying with a loud voice, said, “Father, into thy hands I commit my spirit!” And having said this he breathed his last.

These are His last words according to Luke and the Bible, as indicated by the final sentence. This is the cry with a “loud voice” or “loud cry” referred to in Matthew and Mark. So far, no contradictions.

John 19:30 When Jesus had received the vinegar, he said, “It is finished”; and he bowed his head and gave up his spirit.

All one has to say here is that He said, “It is finished” right before He said what Luke records: which was indeed giving “up his spirit” and the equivalent of Matthew’s “yielded up his spirit”.

Thus, the four accounts are harmonious. It’s simply not a logical contradiction. This is altogether typical of atheist claims of biblical “contradictions.” It can’t pass the logical “smell test.” And this is why it is so easy for me to refute scores and scores of such examples, with shoddy logic of this sort being constantly employed by desperate atheists.

The above, is, I think, quite sufficient as a refutation. But here are two additional commentaries on this “problem” from others, that make it an even stronger and more airtight case:

Apologist Eric Lyons elaborates upon how logic works in this instance:

[S]upplementation is not equivalent to a contradiction. For example, suppose you tell a friend about your trip to Disney World. You mention that you went to Magic Kingdom on Monday. Later, you state that you went to Hollywood Studios on Monday. Have you lied? Are these two contradictory statements? Not necessarily. It could be that you visited both Magic Kingdom and Hollywood Studios on the same day. Similarly, the seven statements the gospel writers recorded that Jesus made from the cross (including the three aforementioned statements—Matthew 27:46; Luke 23:46; John 19:30) all supplement one another. Nothing is said about Jesus making only one of these statements. What’s more, silence does not negate supplementation. Simply because John wrote that our suffering Savior said, “‘It is finished!’ And bowing His head, He gave up His spirit” (John 19:30), does not mean that Jesus could not also have said, “Father, into Your hands I commit My spirit” after He had cried out, “It is finished,” and before His death (Luke 23:46). Nothing in John 19:30, Luke 23:46, or Matthew 27:46,50 is contradictory. We simply have three different statements that Jesus made at three different moments during His crucifixion. . . .

If a person merely gave the Bible writers the same measure of respect and benefit of the doubt he shows others with whom he communicates on a daily basis, he would quickly find that the only “falsities” are within the baseless and biased accusations made against Scripture, and not Scripture itself.

None of the three verses recording Jesus’ final words contradict one another.  Jesus could have said all three phrases as part of the last few words He uttered before His death.  In order for there to be a logical contradiction one or more verses have to say “Jesus’ only last words were ___.”  But none of the three verses states that.  Only when a passage exclude any other last words recorded by the other Gospels in the Bible would we have a contradiction.  And again this simply is not the case.

Summary: The alleged “contradictions” regarding Jesus’ last words are easy as pie to refute. Anyone who understands logic, has an open mind, and is objective and non-hostile, could demonstrate this. 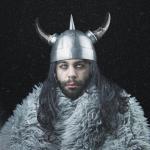 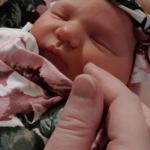 April 8, 2021 Problem of Good: Childkilling & Genocide (Logical End of Atheism)
Recent Comments
0 | Leave a Comment
"Thanks for your input. It is respected and disagreed with, and yes, it's great to ..."
Dave Armstrong Resurrection (?) #6: “Three Days and ..."
"Yes, I disagree with your definition of a contradiction because it is 1) hopelessly subjective, ..."
Dave Armstrong Resurrection (?) #7: Crucified Thieves Taunting ..."
"Those are my own words, from my Biblical Defense of Catholicism (p. 178). I cited ..."
Dave Armstrong Dialogue: Luke 1:28 & Immaculate Conception
"Dave, I've tried (to no avail) to find a quotes in reference to Luke 1:28 ..."
Anthony Dialogue: Luke 1:28 & Immaculate Conception
Browse Our Archives
get the latest from
Biblical Evidence for Catholicism
Sign up for our newsletter
POPULAR AT PATHEOS Catholic
1

Catholic "Sexperts" Should Mind Their Own...
Michelle Arnold
Books by This Author Books by Dave Armstrong

Confronting Suicide and Mental Health during COVID
Mental health and the alarming rise of suicides among young people--most wouldn’t...
view all Catholic blogs
What Are Your Thoughts?leave a comment
Copyright 2008-2021, Patheos. All rights reserved.
error: Content is protected !!