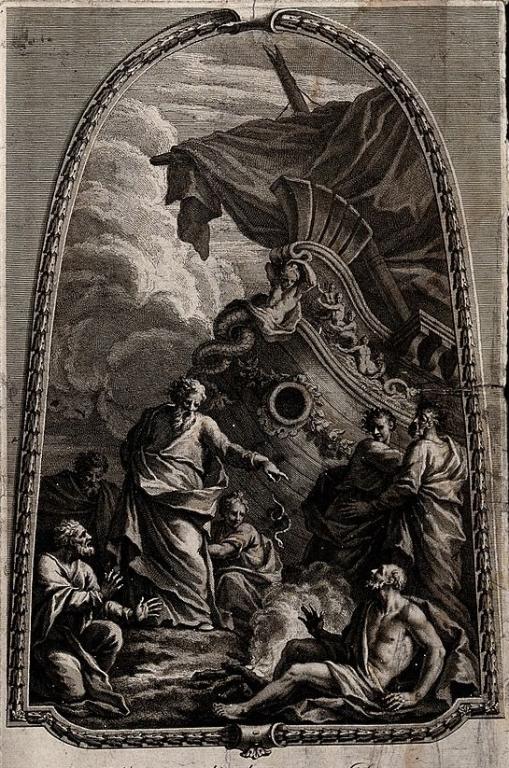 Dr. David Madison is an atheist who was a Methodist minister for nine years: with a Ph.D. in Biblical Studies from Boston University.  I have replied to his videos or articles 44 times as of this writing. Thus far, I haven’t heard one peep back from him  (from 8-1-19 to 4-9-21). This certainly doesn’t suggest to me that he is very confident in his opinions. All I’ve seen is expressions of contempt from Dr. Madison and from his buddy, the atheist author, polemicist, and extraordinarily volatile John Loftus, who runs the ultra-insulting Debunking Christianity blog. Dr. Madison made his cramped, insulated mentality clear in a comment from 9-6-19:

Only preaching to the choir from Dr. Madison! One can’t be too careful in avoiding any criticism or challenge. John “you are an idiot!” Loftus even went to the length of changing his blog’s rules of engagement, so that he and Dr. Madison could avoid replying to yours truly, or even see notices of my substantive replies (er, sorry, rants, rather). He wrote in part:

Some angry Catholic apologist has been tagging our posts with his angry long-winded responses. . . . If any respectful person has a counter-argument or some counter-evidence then bring it. State your case in as few words as possible and then engage our commenters in a discussion. . . . I talked with David Madison who has been the target of these links and he’s in agreement with this decision. He’s planning to write something about one or more of these links in the near future.

Needless to say, I still await these long-promised replies to any of my critiques from good ol’ Dr. Madison. His words will be in blue.

Presently, I am replying to his article, “Remarkable Resistance to Rational Inquiry” (2-19-21).

Many of the faithful . . . sense that religion has claimed too much. They know that the famous promise of the risen Jesus in Mark 16 just isn’t true, i.e., that baptized Christians—using Jesus’ name—will be able to “…cast out demons; they will speak in new tongues; they will pick up snakes in their hands, and if they drink any deadly thing, it will not hurt them; they will lay their hands on the sick, and they will recover.” (vv. 17-18)

These verses quality as Bible silliness (not really excused because they’re in the fake ending of Mark) and are disconfirmed by Christians in their daily lives. But there are still great expectations of God the Great Healer, with little more than faith to go on.

The only silly and dumbfounded person here is Dr. Madison: who should know much better than to make such a clueless argument. As so often, this involves non-literal genre of the Bible: a not uncommon occurrence. For example, hyperbole (exaggeration) is often used by Jesus. But in this instance it’s proverbial language: general statements that are often true, but which admit of many exceptions. In other words, this is not some hyper-literal statement that any and every Christian will be able to do any of these things anytime, at will.

No; rather, it’s a proverbial statement that among Christians as a whole, one will be able to observe all of these phenomena: demons being cast out (mostly the domain of the exorcist today), speaking in new tongues, not being hurt by poisonous snakes or poison in a drink, and healing the sick by touch.  We can easily show in several ways that this saying was not meant literally; that is, wasn’t intended to describe universal application.

I’ve already educated Dr. Madison three times (one / two / three) with regard to the true biblical teaching on healing, which is not universal or on command. I dealt with the topic of healing in the Bible early on in my apologetics apostolate (1982). But he never learns anything because he refuses to engage any criticism, let alone to be corrected; so he repeats the same hogwash over and over (apparently thinking his argument improves by repeating lies). He even buys the same tripe that some of the silliest, most gullible, and scripturally ignorant Christians (that he despises) accept. How ironic, huh? The “smart” atheist who believes the same ridiculous and unbiblical thing that fundamentalist ignoramuses do (i.e., that God supposedly heals all the time, upon command, as if He were a genie in a bottle) . . .

The way Jesus phrases it shows that He is talking generally about the collective of Christians: “these signs will accompany those who believe: in my name they will cast out demons; they will . . .” (Mk 16:17, RSV).

It’s like saying, “these things will accompany those who play basketball in the NBA: slam dunks, 55% three-point-shooting, triple-doubles, 20 rebounds a game, scoring of 50 points a game, and averages of 10 or more assists per game.”

We can see examples of individual Christians doing these things in the Bible. Speaking in tongues occurred on the Day of Pentecost (Acts 2:4-12) and on other occasions of new believers receiving the Holy Spirit (Acts 10:45-46; 19:6). St. Paul talks about “gifts of healing . . . the working of miracles . . . various kinds of tongues” (1 Cor 12:9-10) but specifically states that not everyone has every gift: “All these are inspired by one and the same Spirit, who apportions to each one individually as he wills” (12:11).

He nails down this point of diversity and not unanimity of every gift by comparing the spiritual gifts and the Church itself to different parts of the body (12:12-27). Then he reiterates the notion of different gifts for different Christians: “Are all apostles? Are all prophets? Are all teachers? Do all work miracles? [30] Do all possess gifts of healing? Do all speak with tongues? Do all interpret?” (12:29-30). This is a literal explanation of what Jesus expressed in a proverbial fashion. St. Paul is described as not being hurt by a snake:

Acts 28:3, 5-6 Paul had gathered a bundle of sticks and put them on the fire, when a viper came out because of the heat and fastened on his hand. . . . [5] He, however, shook off the creature into the fire and suffered no harm. [6] They waited, expecting him to swell up or suddenly fall down dead; but when they had waited a long time and saw no misfortune come to him, they changed their minds and said that he was a god.

Acts 8:7 states: “For unclean spirits came out of many who were possessed . . .” References to healing can be found in Acts 5:16 and 8:7.  The first says “all” were healed; the second says “many.” So it’s not true that all are supposed to be healed all the time. See my healing paper above for much more along those lines. Acts 28:8 refers specifically to Paul healing a man by laying his hands on him.

Photo credit: St. Paul, shipwrecked on Malta, is attacked by a snake which he shakes off into a fire; it does not harm him and the onlookers take him for a god. Etching after J. Thornhill. This file comes from Wellcome Images, a website operated by Wellcome Trust, a global charitable foundation based in the United Kingdom. Refer to Wellcome blog post (archive). [Wikimedia Commons / Creative Commons Attribution 4.0 International license]

Summary: Atheist Dr. David Madison appears to take everything in the Bible literally: leading him to the same silly conclusions as uneducated fundamentalists. I explain biblical proverbial language, so he (and many atheists like him) can get up to speed.

April 10, 2021 Madison Malarkey #46: How Can Mary Verify the Virgin Birth?
Recent Comments
0 | Leave a Comment
Browse Our Archives
get the latest from
Biblical Evidence for Catholicism
Sign up for our newsletter
POPULAR AT PATHEOS Catholic
1