. . . And Open States Are Doing Just Fine: the Opposite of the Confident Dire Predictions 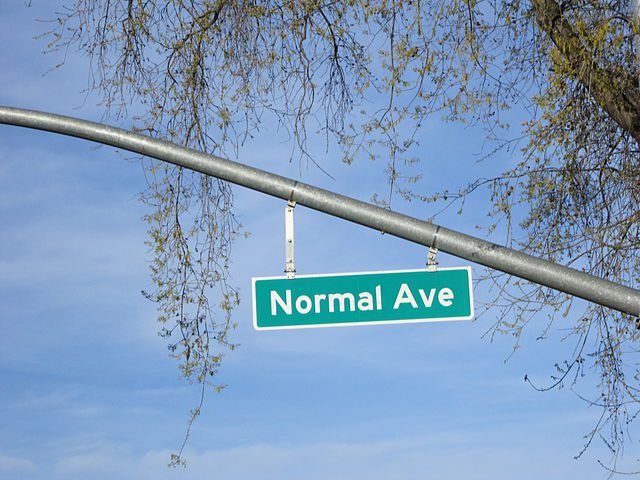 Henry Karlson, who writes on the Patheos Catholic channel (same host as my blog) recently opined:

People who don’t want to deal with the problems facing us as a society often find all kinds of excuses to ignore or reject the truth, including, and especially through the creation of conspiracy theories. They want us to believe everything is normal and everything is fine. But things are not fine, and they have not been fine for a long time. COVID19 should serve as a wakeup call, but it seems, rather, people still want to deny their responsibility to the world. They want to abdicate their role as stewards over the earth and deny that they have any moral responsibility over the welfare of their neighbor.

The gist of this (whether stated or not) is that us wicked conservatives are a bunch of heartless, anti-science (and extremely impatient) conspiratorialists, and that we literally (and willfully / deliberately!) cause deaths by our reckless irresponsibility and constant irrational haranguing for opening up states and businesses and sports event, etc.

Very well, then; why don’t we descend into some actual statistics and rates of infection and death: shall we?

A week ago, I cited an article, “Here’s Where COVID-19 Cases Are Rising and Falling” (Healthline.com). I believe its original date was 31 March 2021. I was writing on 2 April 2021 on my Facebook page. The article has since been updated, so the statistics I cited (in the first section below) were from the original version. The update will allow us to see if the point I was making a week ago has been sustained into this week.

Now I shall look at the revised statistics from the same article.

The number of COVID-19 deaths averaged 830 per day this past week, a 17 percent drop.

How can this be?!: what with all these wicked, careless red states opening up? How can it possibly decrease?

Hospitalizations now stand at around 37,000, up slightly from a week ago.

Why wouldn’t it be a massive increase, with all the opening-up states? Dallas even had a baseball game with a full stadium. How odd. You mean, the [ultra-liberal] media might actually be lying and distorting again? They would never do that, would they?

This past week, 27 states reported increases in COVID-19 cases compared with 33 states the prior week.

More (slight) improvement, though we’re obviously not totally out of the woods yet; we have a long way to go.

Florida was second with 37,293 new cases, and Pennsylvania third with 29,355 new cases. Both states were about the same as last week.

Texas and California, which used to be among the top states, reported about 18,000 new cases each this past week.

My main topic is the data of more closed states compared to open states. According to current unquestionable Liberal Dogma (with anyone daring to question it being an anti-scientific troglodyte and flat-earth conspiracist), it’s supposed to be the case that closing up states and business will lower the incidence of the virus. The big problem with this is that the actual statistics are showing no such correlation: and in many cases, the exact opposite of this confident prediction.

What we do know for sure is that many small businesses that were forced to close or operate far less than capacity for months or now even over a year, are gone forever; with many lives financially ruined.

We see in the previous citation above that my own Michigan, with one of the most notoriously strict policies in the nation, led the country in most cases for the second straight week, with an increase of 10,000. How did “strict” laws and decrees from on high lower the rate of infection here? Not very well, did it? Florida (totally open) was second; but more on that below, as we control for population. Three more Democrat-run and blue states follow, in the 3rd, 4th, and 5th spots. So four out of five states with the most cases overall have closed policies and are blue states.

Now let’s control for population, as I did last week. This is an important (and often overlooked) factor. Here are the worst states this week, according to this metric:

The article reflected my stats, controlling per 100,000 people:

The CDC also reported that Michigan had the highest rate of cases with 469 cases per 100,000 residents over the past 7 days. That’s almost 100 higher than the previous week.

So we see again that four out of the first five states with the most cases per population have closed policies and are blue states. Florida’s in there, too, but seeing that it has a totally open policy (and disproportionate elderly), it’s doing remarkably well and is surpassed by the closed / blue states. The four worst states per 100,000 are also closed / blue states. This is not supposed to be!

One might say that California is the glorious exception: a rare success in a blue state. But it had the most COVID deaths in the last week, with 865. The good news, however, is that it was a decline of 38%. New York was second with 595. Texas and Florida followed. Let’s now calculate the deaths by population:

Closed New York is the worst, open Florida comes in second, then closed and open states. Thus, it seems about equal or slightly leaning towards blue states, for the most deaths. But it’s a very low rate anywhere, it has dropped 17% nationwide, and even in the state with the most new cases (Michigan), the rate is only one death per 52,083 people.

Conclusion: closing up states has little effect. In terms of overall cases and cases per 100,000 or the entire population, red / open states are doing significantly better than blue / closed states. They are supposed to be doing far worse, according to our Liberal Overlords: the Masters of All Science and Reason. Rates for deaths show little correlation of being lower (neither significantly nor at all) in blue states. Nothing strongly confirms the liberal / widely accepted predictions.

Now, it is true that 1) delayed surges or “spikes” may take place, due to these openings, and that 2) new strains (particularly the pesky English variant) may change the equation. We’ll see. I take the scientific approach, not the hysterical / propagandistic one. If the stats show that opening up was a huge mistake, I will be the first to admit it. I’m not here to be right, but rather, to accurately report the facts as we know them (i.e., the way journalism used to function). But so far so good.

As for delayed surges, it’s relevant to examine how long Texas and Florida in particular have been opened up. Around 25 September 2020, “Gov. Ron DeSantis lifted all restrictions on restaurants and other businesses in Florida . . ., and banned local fines against people who refuse to wear masks as he seeks to reopen the state’s economy . . .” By my math, that’s over six months of being more or less totally open, and we haven’t seen the Apocalypse or otherwise unsavory catastrophe: even (notably) in a state well-known for its large senior citizen population.

Texas is doing far better statistically than Florida. When did it open up? It was on 2 March 2021. So that’s five weeks (time to observe delayed spikes), and we see no momentous or foreboding disaster taking place. It has one COVID case in 1611 people and one death per 50,260 people: a better rate than California and New York.

If these positive trends continue, isn’t it time, in the not-too-distant future, to get back to normal? Many states (almost all red, Republican-run) have done so. Civilization hasn’t collapsed. The Black Death hasn’t returned. The proof’s in the pudding.

I have criticized extremism and alarmism from both the far right and the far left from the beginning, and have tried to objectively examine the facts of the matter, and what science tells us (I’ve also strictly observed — away from my family — all state regulations, by the way, in case anyone is wondering). See other papers of mine:

Summary: I looked at COVID-19 statistics from the Healthline website & compared rates in open & closed states for this week & last week. Conclusion: closing has almost no correlation to reduction.