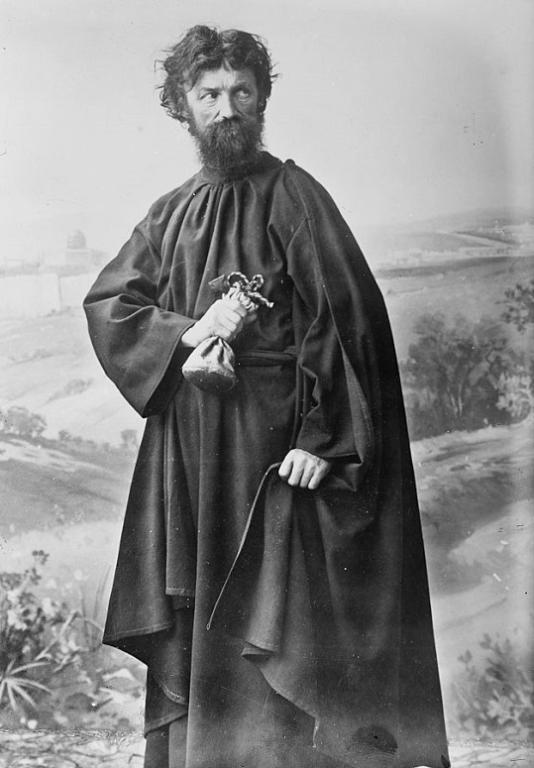 Matthew’s narrative states that after Judas hanged himself the “chief priests” took the silver he left behind at the Temple and bought with it a
potter’s field to bury strangers. Matthew concludes that this event fulfilled what the prophet Jeremiah spoke. In contrast, Acts records that “Judas himself ” purchased the field. Here, there is an incontrovertible contradiction.

CONTRADICTION #86 Acts 1:18 Contradicts Matthew 27:7 Regarding the Action Taken by Judas

Acts 1:18-19 contradicts Matthew’s 27:3 report of the action taken by Judas concerning his money. Matthew had a remorseful Judas returning the thirty pieces of silver whereas the author of Acts had Judas himself purchasing the field with his “reward of iniquity” (i.e., blood money that he received for the betrayal of Jesus). Did Judas return his silver or use his silver to purchase the potter’s field? Without a doubt, the texts read at face value contradict each other. (p. 518)

CONTRADICTION #87 Acts 1:18 Contradicts Matthew 27:7 Regarding Who Purchased the Field

Acts 1:18 contradicts Matthew 27:7. Matthew, the earlier of the two accounts, straightforwardly reports that it was the chief priests (i.e., they; them = plural) who purchased the field with money: “And they took counsel, and bought with them the potter’s field, to bury strangers in.” In contradiction, Acts 1:18 unequivocally declared that it was Judas (i.e., this man = in singular) who bought the field with his bounty money: “Now this man purchased a field with the reward of iniquity; and falling headlong, he burst asunder in the midst, and all his bowels gushed out.” Therefore, it must be asked, Who purchased the field, one person or several people, Judas or the chief priests? Here, there is an incontestable contradiction. (p. 519)

Matthew says the priests bought the field, but Acts says that Judas did. So who did it?

. . . There are a few factors here — one linguistic, the others sociological.

The word used by Matthew for “bought” is agorazo — a general term meaning, “to go to market.” It means to purchase, but also to redeem. It is a verb that refers to the transaction of business. Note how Luke uses it in opposition to another word:

Luke 22:36 Then said he unto them, But now, he that hath a purse, let him take it, and likewise his scrip: and he that hath no sword, let him sell (poleo) his garment, and buy (agorazo) one.

Poleo can mean “sell” but it’s primary meaning has to do with trading and bartering. Therefore the translation of “buy” (and “sell”) is made according to context.

How does this mean anything with regard to Judas?

First, note the word Luke uses. It is ktaomai, which means to “get, acquire, obtain, possess, provide, purchase.” This word has the connotations of ownership that agorazo does not. Matthew says that the priests transacted business for the obtaining of the field, but they did not thereby have possession of the field. The money they used was Judas’ and the field was bought in his name; the field was technically and legally his. (A reader notes that this makes sense because Levites were technically not allowed to own property, so they had to make someone else owner of the field.)

And that leads to another question no one has yet raised, but which I will:

It seems too much of a coincidence, that the priests managed to buy the exact same field that Judas died in.

Not at all. Once Judas died in the field, the land became defiled by his corpse. Hence it would become perfectly suited to become a full-time cemetery. In this ancient collectivist society, the gossip would readily get around as to where and how Judas died and it would not be a burden for the decision to be made to purchase the field in Judas’ name (see below) to turn into a cemetery. [Dave: it was indeed used as a burial ground up till the 19th century]

If Judas threw the money away, it wasn’t his anymore, it belonged to the priests.

This is where our social factor comes into play. Note that the money cannot be put in the treasury — it cannot be made to belong to the temple again — because it is blood money. Keener observes in his Matthean commentary [657-8]:

Ancient Eastern peoples regarded very seriously the guilt of innocent blood, sometimes viewed in terms of corporate responsibility. Like Pilate the priestly officials wanted nothing further to do with the situation, and likewise understand that the blood was innocent…The money was profaned and tainted by the way it was used. By ancient thinking, it was ritually unclean (link 2 below) — though even today a charity may refuse money if it is gained by ill-gotten means.

Now it follows that when they transacted the business of the field for the temple, to avoid association with ritual uncleanness, the priests would have to have bought it in the name of Judas Iscariot, the one whose blood money it was. The property and transaction records available to the public and probably consulted by Luke would reflect that Judas bought the field — or else Luke is indeed aware of what transpired and is using just the right verb to make the point.

Summary: Michael Alter argues that Matthew & Acts contradict in the matter of Judas & the potter’s field; i.e., who bought it: Judas or the Jewish rulers who conspired with Judas to arrest Jesus. 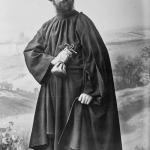