Archaeology: How Many Hebrew Slaves in Pi-Ramesses?

Archaeology: How Many Hebrew Slaves in Pi-Ramesses? July 1, 2021 Dave Armstrong

And Could 20,000 Nomadic Hebrews Survive in the Sinai Desert for Forty Years? 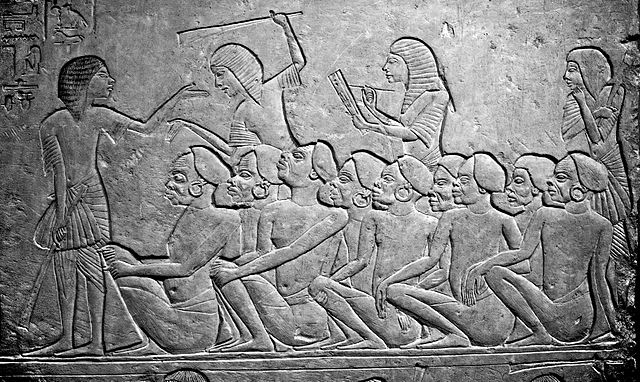 I have recently written about biblical and archaeological information concerning the two “store-cities” mentioned in Exodus 1:11 as having been built by Hebrew slaves, and with the issue of mud bricks and straw:

I got the idea of inquiring about how many Hebrew slaves might have been in the larger capitol city, Pi-Ramesses, built in the time of Pharaoh Ramesses II (r. 1279-1213 BC), and to see if the Bible and archaeology / historiography line up. Skeptics of the Exodus period have always bandied about the old saw of “how can this many slaves live in this town; where are their dwellings?”, etc. ad nauseam.

So let’s see what we can find out from the scholars. Wikipedia stated about this city:

With a population of over 300,000, it was one of the largest cities of ancient Egypt. Pi-Ramesses flourished for more than a century after Ramesses’ death, and poems were written about its splendour. According to the latest estimates, the city was spread over about 18 km2 (6.9 sq mi) or around 6 km (3.7 mi) long by 3 km (1.9 mi) wide.

Spread across six square miles (15 square km), and housing over 300,000 people, Pi-Ramesses became the most prosperous city of its day. It would have been the first city, other than Pelusium, any visitors from the east would have seen upon entering Egypt and was intended to impress.

BBC History Magazine also asserted that some 300,000 people lived there.

Now, what do we know about estimated percentages of slave in the Egyptian population? Torah.com offers the article, “Ancient Egypt Population Estimates: Slaves and Citizens” (4-16-16) by Mark Janzen, assistant professor of history and archaeology, who received his doctorate in history/Egyptology from the University of Memphis. First of all, he states:

The absence of anything approaching a census or list of slaves in ancient Egypt (as opposed to ancient Rome) makes it difficult to arrive at a reasonable population estimate of slaves.  . . .

[I]t is very difficult to determine the number of slaves living in Egypt at a given time precisely. Any attempt to do so is unfortunately largely speculative. . . .

Since the Egyptians did not take censuses, unlike the Romans, attempting to determine one cannot say with any certainty how many slaves lived in Egypt during the New Kingdom.

Thus, this lack of knowledge accounts for a lack of data regarding purported Hebrew slaves before and during the time of the Exodus (commonly set during the reign of Ramesses II). This is also a constant argument from detractors of the Bible. But if the data simply isn’t in the Egyptian records, with regard to any slaves, it isn’t. This would include Hebrew slaves. But he does offer an educated guess of the percentage from another scholar:

John Madden estimates that during the Roman Empire the slave population never rose above ten percent. This is considerably less than his estimate that 1 out of 3 persons were slaves in the rest of the Roman Empire.

“Slavery in the Roman Empire: Numbers and Origins,” Classics Ireland 3 (1996).

Madden wrote in that article:

The evidence from papyri suggests that in all likelihood slaves in Egypt never rose much above 10% of the population and in poorer areas there dropped to as low as 2%.

Now, to see how many numbers that would add up to in Pi-Ramesses, I go to my article, How Many Israelites in the Exodus? [5-27-21]. Numbers 1:45-46 (RSV) states about the number of Hebrew slaves in the Exodus:

So the whole number of the people of Israel, by their fathers’ houses, from twenty years old and upward, every man able to go forth to war in Israel — [46] their whole number was six hundred and three thousand five hundred and fifty.

Exodus 12:37 states that the number was “about six hundred thousand men on foot, besides women and children.” But there is a serious question as to whether that huge number is literal. The explanation for a non-literal reading is involved and can be read in my other paper. Colin J. Humphreys, a renowned physicist who has also been published in leading biblical journals, wrote the article, “The Number of People in the Exodus from Egypt: Decoding Mathematically the Very Large Numbers in Numbers I and XXVI” (Vetus Testamentum, Vol. 48, Fasc. 2 (Apr., 1998), pp. 196-213 (18 pages); published By: Brill). He states:

It is shown that if there were “273 first born Israelites who exceed the number of Levites” (Num. iii 43), then the total number of Israelite men aged over 20 in the census following the Exodus was about 5000, not 603,550, as apparently recorded in Numbers. The apparent error in Numbers arises because the ancient Hebrew word ‘lp can mean “thousand”, “troop”, or “leader”, according to the context. . . .

The total number of men, women and children at the Exodus was about 20,000 rather than the figure of over 2 million apparently suggested by the book of Numbers.

Advisers to this article included the greatest living biblical archaeologist, Kenneth A. Kitchen, the highly credentialed Hebrew and Old Testament scholar, Alan Millard, Ernest C. Lucas, who has doctorates in both chemistry and theology, and Andrew Briggs, who (like both Humphreys and Lucas) has a doctorate in physics but also an avid interest in theology. All have a high view of the Bible, so they are not theological “liberals”. They believe that this interpretation is suggested by the Bible itself.

If their methodology and Bible interpretation are sound, then we have just 20,000 slaves leaving in the Exodus, out of a population of approximately 300,000 in the city they departed from. That is 6.7% of the population: lower than Madden’s rough 10% estimate. Madden mentioned another estimate in his footnote 6:

Bagnall and Freir place the figure [of slaves] in town slightly higher (13.5%) . . . in The Demography of Roman Egypt (Cambridge University Press, 1994).

If indeed this was the percentage of slaves in Pi-Ramesses, then if they all left, it would have been 40,500 people. It’s all highly speculative guesswork, but if we take the average of the three figures: 20,000 from the above scholarly interpretation of the Bible, Madden’s 30,000, and Bagnall and Freir’s 40,500, we arrive at 30,167, or almost exactly one-tenth of the population of Pi-Ramesses (back to Madden’s guesstimate). This is entirely conceivable, and it shows a convergence of archaeology, history, and learned Bible commentary, which I have seen again and again in my “biblical archaeology” research.

There were various mass migrations throughout history that can more than match these numbers, by percentage. Wikipedia notes:

The population of East Germany was about 17-18 million during this period. Averaging it to 17.5 million, means that approximately 19.7% of the population left and went to West Germany or somewhere else, in a 16-year period: almost twice as high as the percentage of Pi-Ramesses that are believed in educated guesses to have been slaves, and (so believers in the Bible think) Hebrew slaves: who departed in the Exodus. In sheer numbers, these East Germans were 173 times as many as the estimated 20,000 in the Exodus.

None of this is, of course, proof of anything, but my intent is to show that the numbers of slaves in Egypt is roughly consistent across the analyses of Bible commentators, historians, and archaeologists, which congruence lends itself to the Bible being accurate. But if one interpreted “600,000” as a literal number (actually about two million, counting women and children), then these figures would not line up. That would be 6.67 times the entire estimated population of ancient Pi-Ramesses.

Could 20,000 people survive as traveling nomads in the Sinai Peninsula? Sure. We have an analogous group of people today: the portion of Bedouins who are still nomadic. According to a story in the Irish Times (“Israel’s nomadic Bedouins at odds with modernised state”, Mark Weiss, 1-3-21), there are still some 115,000 who live a nomadic life in the Negev Desert: the southern portion of Israel that is similar in topography and arid climate to the neighboring Sinai Peninsula (now controlled by Egypt), where the Israelites wandered for forty years.

The Negev is 4700 square miles in area, whereas the Sinai Peninsula is 23,166 square miles, or 4.93 times larger. So, let’s make a demographic comparison:

The ancient Hebrews had 29 times more area to live in than the current-day Bedouins, in similar conditions.

No problem; even if they were not fed manna (Ex 16:1-36) and quail (Num 11:31-32) from God, as the Bible says. If the nomadic Bedouins can survive today: almost five times as many, in a very similar desert area almost five times smaller, so could the ancient Hebrews. This is a non-issue.

Summary: I found a convergence between biblical estimates of how many Hebrew slaves left in the reported Exodus from Egypt, compared to numbers from archaeological & other scholarly analysis. 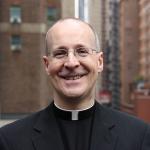 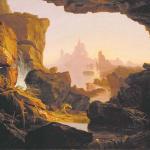 July 1, 2021 Pearce’s Potshots #36: Noah's Flood: 40 or 150 Days or Neither?
Recent Comments
0 | Leave a Comment
"Thank you, Dave, for posting this article. The bishops are the successors to the apostles, ..."
Robert Fastiggi Vatican II: Documentation of Bishops’ Voting ..."
"Luke18:15 - Now they were bringing EVEN INFANTS to him that he might touch them; ..."
MurphsLaw What Were the Baptized “Added” to? ..."
"I have not bothered to read Bob in a while now. I kind of threw ..."
Jim Dailey Seidensticker Folly #74: Omniscient God & ..."
"Its funny that the least agreed upon document (On Media) is among the least 'controversial' ..."
Prasanth Vatican II: Documentation of Bishops’ Voting ..."
Browse Our Archives
get the latest updates from
Biblical Evidence for Catholicism
and the Patheos
Catholic
Channel
POPULAR AT PATHEOS Catholic
1