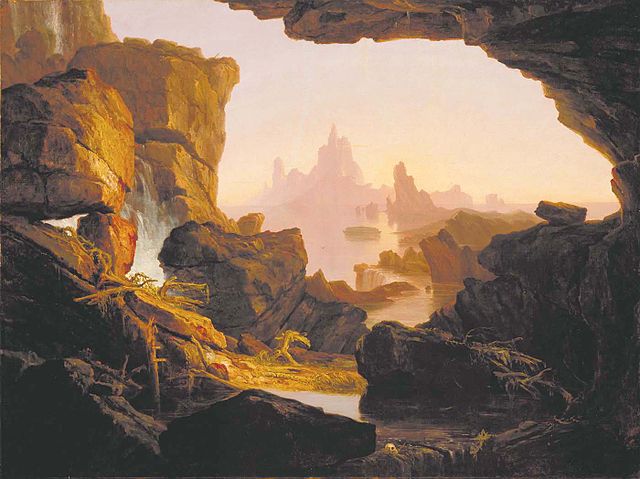 I am replying to Pearce’s paper, The Flood Myth Contradictions Explained by the Documentary Hypothesis (6-29-21).

For those uninitiated, the Pentateuch contains some irreconcilable issues that fall into four categories: repetition (redundancy), contradictions, discontinuity, terminology and style. There is only one coherent solution: it was compiled using multiple sources, and written at multiple times. Though there are several alternative theories, they all agree on this point. The Documentary Hypothesis remains the best theory for the job, and work that is constantly being carried out in academic institutions across the world further refine it.

Pearce cites Tim Callahan’s The Secret Origins of the Bible (pp. 65-66) in agreement:

Pearce then repeats the bogus charge in his own words:

The simple fact of the matter that in one part of Genesis the flood is 40 days and nights, and in another it is 150 days. These sorts of contradictions are ten-a-penny and are best resolved by multiple sources writing at multiple times and being woven together by redactors.

Genesis 7:4 (RSV) For in seven days I will send rain upon the earth forty days and forty nights . . .

Genesis 7:11-12, 17 In the six hundredth year of Noah’s life, in the second month, on the seventeenth day of the month, on that day all the fountains of the great deep burst forth, and the windows of the heavens were opened. [12] And rain fell upon the earth forty days and forty nights. . . . [17] The flood continued forty days upon the earth; and the waters increased, and bore up the ark, and it rose high above the earth.

Genesis 7:24 And the waters prevailed upon the earth a hundred and fifty days.

Genesis 8:3-4 and the waters receded from the earth continually. At the end of a hundred and fifty days the waters had abated; [4] and in the seventh month, on the seventeenth day of the month, the ark came to rest upon the mountains of Ar’arat.

I truly do wonder (after examining and refuting hundreds of accusations of “contradiction!”) whether Bible skeptics like Pearce even read the texts they are so quick to accuse of internal inconsistency. This is one of the more ridiculous alleged “contradictions”: but — inexplicably — it’s an old chestnut from the hoary old volumes of doctrinaire anti-theist atheism: passed down to yet another generation of gullible and irrational fools.

Pearce creates the ersatz pseudo-“contradiction” by distorting language to his own ends: “in one part of Genesis the flood is 40 days and nights, and in another it is 150 days.” But of course “the flood” and “how many days” it rained are two different things. By trying to make both texts refer to “the flood” he seeks to create a contradiction:

If indeed, that is what the texts stated, it would be a contradiction. But the texts actually state the following notions:

Waters of the Flood “receded” or “abated” after 150 days, which was the point of the “high water mark” or deepest water (Gen 8:3)

Noah’s Ark rested on Mt. Ararat in the fifth month after the Flood began (Gen 8:4)

Waters of the Flood “continued to abate” at the time of the eighth month after the Flood began (Gen 8:5)

The waters finally “dried” up about eleven months after the rain began (Gen 8:13)

To present it more basically and logically:

2) The resultant waters reached their highest level and then started receding after 150 days.

3) The Flood waters were still receding after eight months.

4) The Flood waters finally dried up after eleven months.

None of this is “contradictory” in the least. If someone wants to say the Flood was 150 days long based on remaining waters (Gen 8:3), this isn’t true, either, because the Bible still refers to water that “continued to abate” after eight months, and the final drying after eleven months. They are all quite obviously referring to a continual process of the waters receding and drying up. It’s a matter of degree. The only “absolute” numbers in this textual sequence are 40 days of rain and eleven months’ total time before the waters of the Flood dried up.

Pearce’s claim isn’t even internally coherent. He cites Callahan, claiming that “the flood lasts . . . 40” days, based on Genesis 7:12, 17. But Genesis 7:12 never references the “flood”; only “rain.” 7:17 states “The flood continued forty days upon the earth” but this is followed by “and the waters increased . . .” Then the next verse says, “The waters prevailed and increased greatly upon the earth . . .” It’s clearly not saying that 40 days was the entire duration of the Flood.

Thus, subsequent verses refer to 150 days, five, eight, and eleven months’ time of the Flood waters still being present. Pearce thinks that Genesis 7:24 is asserting a Flood of 150 total days. But again, it is not. That was the high water mark, after which the water started receding (8:3). The only duration that makes any sense at all in the biblical texts is neither 40 days nor 150, but rather, eleven months, based on Genesis 8:13.

When floods occur, first it rains (or sometimes it could initially be from a tidal wave / tsunami). Rivers and lakes start to rise and overflow their banks; and in urban environments sewers overflow, basements flood, etc. (one of my sons just experienced this, in his basement). This leaves extra water around for various lengths of time. It takes time to dry up. Thus, the Bible simply states what is a perfectly obvious fact that we have observed many times.

So, for example, we see the headline: “Harvey floodwaters will take more than a month to recede” (Laura Italiano, New York Post, 8-30-17). After two hurricanes in Florida in 2016 and 2017, waters were still receding after 16 months: five months longer than the time Noah’s Flood took to dry up!:

Since Central Florida was visited by Hurricanes Mathew on October 6, 2016 and Irma that made landfall on September 9, 2017; the St John’s River has not returned to its normal state. [by January 2019] . . .

Conclusion? No biblical contradiction is present, but plenty of self-contradictions exist in Jonathan Pearce’s and other anti-theists’ pitiful attempts to falsely accuse the Bible of contradiction, with regard to the length of Noah’s Flood.

Summary: Atheist anti-theist Jonathan Pearce seeks to assert that Scripture contradicts itself regarding the duration of Noah’s Flood. As usual, it does not do so at all, but he is self-contradictory. 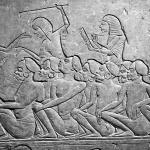 July 1, 2021
Archaeology: How Many Hebrew Slaves in Pi-Ramesses?
Next Post 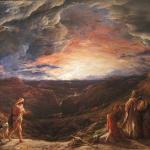 July 2, 2021 Pearce’s Potshots #37: Length of Noah’s Flood Redux
Recent Comments
0 | Leave a Comment
"Thank you, Dave, for posting this article. The bishops are the successors to the apostles, ..."
Robert Fastiggi Vatican II: Documentation of Bishops’ Voting ..."
"Luke18:15 - Now they were bringing EVEN INFANTS to him that he might touch them; ..."
MurphsLaw What Were the Baptized “Added” to? ..."
"I have not bothered to read Bob in a while now. I kind of threw ..."
Jim Dailey Seidensticker Folly #74: Omniscient God & ..."
"Its funny that the least agreed upon document (On Media) is among the least 'controversial' ..."
Prasanth Vatican II: Documentation of Bishops’ Voting ..."
Browse Our Archives
get the latest updates from
Biblical Evidence for Catholicism
and the Patheos
Catholic
Channel
POPULAR AT PATHEOS Catholic
1

Catholic
Moses and (Natural?) Water from a Rock
Biblical Evidence for Catholicism
TRENDING AT PATHEOS Catholic