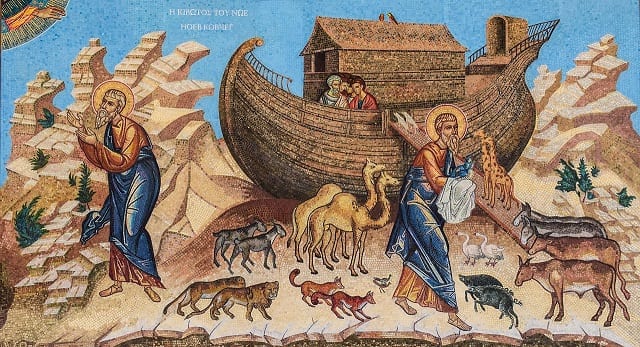 Atheist and anti-theist Bob Seidensticker, who was “raised Presbyterian”, runs the influential Cross Examined blog. He asked me there, on 8-11-18: “I’ve got 1000+ posts here attacking your worldview. You just going to let that stand? Or could you present a helpful new perspective that I’ve ignored on one or two of those posts?” He also made a general statement on 6-22-17: “Christians’ arguments are easy to refute . . . I’ve heard the good stuff, and it’s not very good.”

He added in the combox: “If I’ve misunderstood the Christian position or Christian arguments, point that out. Show me where I’ve mischaracterized them.” Such confusion would indeed be predictable, seeing that Bob himself admitted (2-13-16): “My study of the Bible has been haphazard, and I jump around based on whatever I’m researching at the moment.”

And on 10-25-18, utterly oblivious to the ludicrous irony of his making the statement, Bob wrote in a combox on his blog: “Someone who’s not a little bit driven to investigate cognitive dissonance will just stay a Christian, fat ‘n sassy and ignorant.” Again, Bob mocks some Christian in his combox on 10-27-18: “You can’t explain it to us, you can’t defend it, you can’t even defend it to yourself. Defend your position or shut up about it. It’s clear you have nothing.”

And again on the same day: “If you can’t answer the question, man up and say so.” And on 10-26-18: “you refuse to defend it, after being asked over and over again.” And again: “You’re the one playing games, equivocating, and being unable to answer the challenges.”

Bob’s cowardly hypocrisy knows no bounds. Again, on 6-30-19, he was chiding someone for something very much like he himself: “Spoken like a true weasel trying to run away from a previous argument. You know, you could just say, ‘Let me retract my previous statement of X’ or something like that.” Yeah, Bob could!  He still hasn’t yet uttered one peep in reply to — now — 48 of my critiques of his atrocious reasoning.

As with the two Genesis creation stories—six days vs. Garden of Eden—a flood story from the older J source (about 950 BCE) is squashed with one from the P source (500 BCE) to make an unhappy compromise. . . .

According to [Robert] Price, these two sources each had their partisans, so each had to be preserved. Better to merge them, however imprecisely, than to drop a beloved story element.

First, let’s look at the passages:

Genesis 7:8-9 Of clean animals, and of animals that are not clean, and of birds, and of everything that creeps on the ground,
[9] two and two, male and female, went into the ark with Noah, as God had commanded Noah.

This alleged “contradiction is a favorite of atheist anti-theists and other biblical skeptics. Dr. Steven DiMattei in his ambitious series, “Contradictions in the Bible,” writes about Genesis 6 and 7:

[T]he two flood stories, J’s and P’s, have been skillfully stitched together to produce a single narrative—a narrative, however, that contains a number of inconsistencies and contradictions.

Matt Young bluntly asserts: “In short, there are two contradictory statements: Noah took two of each kind into the ark, and Noah took seven.”

It’s not often that Bob himself offers the solution to his own proposed biblical contradiction in another article (“Dismantling the Noah Story”: 3-31-14) eight months later (thus contradicting himself: which is a not infrequent occurrence):

God also commanded that he take seven pairs of all clean animals plus one pair of all other animals. . . .

J demands seven pairs of clean animals, but P demands only one pair. This is because only J has a sacrifice at the end, and you can’t sacrifice animals if they’re the only ones of their species.

Thanks, Bob! You make my work even easier (in refuting you) than it already perpetually is.

Some have suggested that these diverse numbers, two and seven, involve some sort of contradiction and indicate conflicting traditions later combined by some redactor who didn’t notice the difference between the two.

It seems strange that this point should ever have been raised, since the reason for having seven of the clean species is perfectly evident: they were to be used for sacrificial worship after the Flood had receded (as indeed they were, according to Gen. 8:20: . . .). Obviously if there had not been more than two of each of these clean species, they would have been rendered extinct by their being sacrificed on the altar. But in the case of the unclean animals and birds, a single pair would suffice, since they would not be needed for blood sacrifice.

[T]he clean beasts and birds entered the ark “by sevens” (KJV), while the unclean animals went into the ark by twos. There is no contradiction here. Genesis 6:19 indicates that Noah was to take “two of every sort into the ark.” Then, four verses later, God supplemented this original instruction, informing Noah in a more detailed manner to take more of the clean animals. If a farmer told his son to take two of every kind of farm animal to the state fair, and then instructed his son to take several extra chickens and two extra pigs for a barbecue, would anyone accuse the farmer of contradicting himself? Certainly not. It was necessary for Noah to take additional clean animals because, upon his departure from the ark after the Flood, he “built an altar to the Lord, and took of every clean animal and of every clean bird, and offered burnt offerings on the alter” (Genesis 8:20). (“How Many Animals of Each Kind did Noah Take into the Ark?,” [link] Apologetics Press, 2004)

Nor is Genesis 7:8-9 a supposed additional contradiction. It’s simply saying that all the animals went into the ark by pairs, “male and female”; in other words, it was always pairs, with each gender, whether it was two pairs (unclean animals) or seven pairs (clean animals).

Once again, then, — for the umpteenth time — we see that an alleged “biblical contradiction” (Bob’s self-deluded stock-in-trade) evaporates upon close inspection. 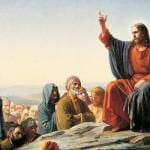 September 7, 2020
"Love Your Enemies": Old Testament Teaching Too?
Next Post 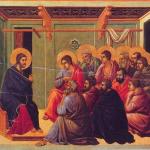 September 8, 2020 Seidensticker Folly #50: Mary Thought Jesus Was Crazy?
Recent Comments
0 | Leave a Comment
"Thanks for the info."
Dave Armstrong Semi-Pelagianism & Catholicism (vs. Francisco Tourinho)
"In regard to Mr Tourinho's >It depends. If the canonization of Saint Faustus was after ..."
Tom Hanson Semi-Pelagianism & Catholicism (vs. Francisco Tourinho)
"While I admire those who stand up for their convictions there is one element that ..."
Mike O'Leary St. Thomas More: Noble Heroism Amidst ..."
"He is one of my Catholic heroes. Lord, grant me the same strength of character ..."
The Latin Right St. Thomas More: Noble Heroism Amidst ..."
Browse Our Archives
Related posts from Biblical Evidence for Catholicism