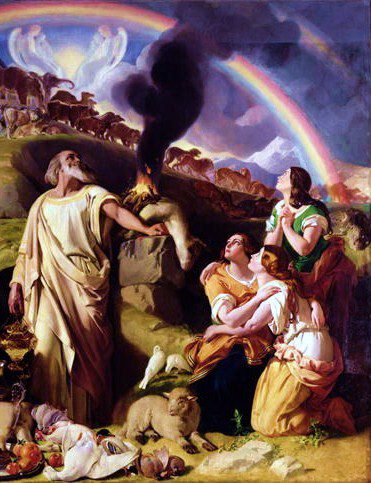 On the Coming Home Network board where I moderate, one of the members told of a horror story where a person who was leading a Bible study taught that Abraham was “the first character in the Bible that we [Catholics] believe actually existed” and that “Adam, Eve, Cain, Abel, Noah, etc. may simply have been literary devices.” Here is my reply:
* * * * *

His opinion is sheer nonsense and not Catholic teaching. If Adam and Eve are not regarded as actual human beings, and the parents of the human race, then the doctrine of the Fall of man goes down with that, and we are smack dab in the middle of the Pelagian heresy, which holds that man is saved by his own works, and is not in need of being rescued from a fallen condition. The fall is clearly taught in the Bible; especially by St. Paul.

Cain and Abel are referred to as actual human beings twice, and their actions also connected to original sin.

God made a covenant with Noah. It’s pretty difficult to make a covenant with an imaginary, fictional person. Thus, the Catechism refers to Noah and the flood, and what is called the Noachic Covenant, nine times.

There is also abundant NT evidence of the casual assumption that all these early human beings were indeed historical figures. Paul connects Adam with Moses, in Romans 5:14. In 1 Corinthians 15:22 and 15:45 he draws a direct parallel between Adam and Jesus Christ: the one bringing death upon the human race, and the other being the cause of spiritual and eternal life (pretty weird, if Adam didn’t even exist historically). He again mentions Adam and Eve and assumes they were real persons, in 1 Timothy 2:13-14. Jude 14 describes Enoch as a descendant of Adam. St. Paul refers to Eve as having been deceived by the devil, in 2 Corinthians 11:3.

Our Lord Jesus refers quite literally to Abel:

Matthew 23:34-35 (RSV) Therefore I send you prophets and wise men and scribes, some of whom you will kill and crucify, and some you will scourge in your synagogues and persecute from town to town, that upon you may come all the righteous blood shed on earth, from the blood of innocent Abel to the blood of Zechari’ah the son of Barachi’ah, whom you murdered between the sanctuary and the altar. (cf. Lk 11:51)

The author of Hebrews includes Abel in his catalogue of the heroes of the faith:

Hebrew 11:4 By faith Abel offered to God a more acceptable sacrifice than Cain, through which he received approval as righteous, God bearing witness by accepting his gifts; he died, but through his faith he is still speaking. (also, he refers to “the blood of Abel” in 12:24)

Noah is included in this same recitation of heroic faith. Note how Abraham is mentioned in the next verse. There is no indication whatsoever that one was a real person and the other a mythical figure only:

Hebrews 11:7-8 By faith Noah, being warned by God concerning events as yet unseen, took heed and constructed an ark for the saving of his household; by this he condemned the world and became an heir of the righteousness which comes by faith. By faith Abraham obeyed when he was called to go out to a place which he was to receive as an inheritance; and he went out, not knowing where he was to go.

St. Peter believed that Noah was a real person too:

1 Peter 3:18-21 For Christ also died for sins once for all, the righteous for the unrighteous, that he might bring us to God, being put to death in the flesh but made alive in the spirit; in which he went and preached to the spirits in prison, who formerly did not obey, when God’s patience waited in the days of Noah, during the building of the ark, in which a few, that is, eight persons, were saved through water. Baptism, which corresponds to this, now saves you, . . .

2 Peter 2:4-5, 9 For if God did not spare the angels when they sinned, but cast them into hell and committed them to pits of nether gloom to be kept until the judgment; if he did not spare the ancient world, but preserved Noah, a herald of righteousness, with seven other persons, when he brought a flood upon the world of the ungodly; . . . then the Lord knows how to rescue the godly from trial, and to keep the unrighteous under punishment until the day of judgment,

Again, the text moves from the fallen angels to Noah, and then to Lot (2:7), who lived in the time of Abraham, and was his nephew, to the time he was writing. St. Peter is arguing by analogy: “God rescued Noah and Lot; He can do the same for you today.” This makes absolutely no sense if the earlier people are imaginary, because you would have the real fallen angels (demons), then the imaginary Noah, then back to reality with Lot and the early Christians. This utterly violates the tenor and nature of the passage, as is the case in similar passages noted above.

I would urge anyone to stop attending a study “led” by a person this ignorant (or obstinately dissident), unless they are in a position to correct him (which usually doesn’t work very long, of course, to have “students” habitually correcting the error of the “teacher”). I have no patience whatsoever for people like this (as is surely obvious). They lead others astray. They are the “blind leading the blind,” that Jesus talked about. And they will be in deep trouble on Judgment Day if they persist on perpetuating serious error:

James 3:1 Let not many of you become teachers, my brethren, for you know that we who teach shall be judged with greater strictness. 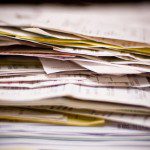 January 8, 2008
Primary Sources: Not Always Necessary in Historiography
Next Post 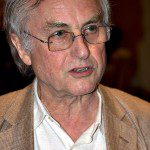 March 20, 2008 Richard Dawkins and the "Religion vs. Science" Mentality
Recent Comments
10 Comments | Leave a Comment
""every word and deed should be ratified by the testimony of the Holy Scripture"That one ..."
Caritas David T. King and William Webster: ..."
"The mention of him repeating "according to the Scriptures" in Book X is clearly out ..."
Caritas Hilary of Poitiers (d. 367) vs. ..."
"One of your favorites for me. I'm happy to read it again. Great fun. Another ..."
Tom Hanson Parting of the Red Sea: Feasible ..."
"You should appeal to your bishop. It's your canonical right."
Dave Armstrong “Eucharistic Pharisees” (Communion in the Hand)
Browse Our Archives
Related posts from Biblical Evidence for Catholicism