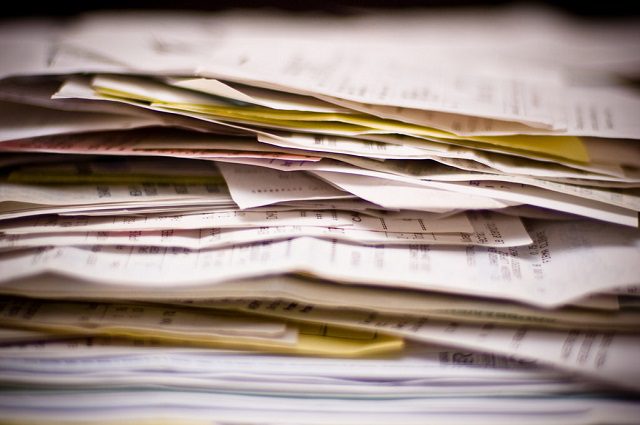 The majority of citations in these notes refer to secondary sources — that is, to the work of modern historians on which the author has drawn. Primary sources — documents contemporary with the period under review — are used from time to time, particularly where there is a strongly controverted point, but comprise only a minority of the citations. This is simply because of the scope of this work, which renders it impossible for any one man in a reasonable period of time to master all or most of the applicable primary sources adequately; even if this were possible, it would not be a reasonable expenditure of time and effort, since so many painstaking and conscientious scholars have already investigated the primary sources with the utmost care and reported thoroughly on them. The overriding need is not for more monographs on original sources, but for synthesis from the Christian point of view, in a time when this kind of history has virtually ceased being written.

This is quite a statement, in light of the fact that his first volume contains 1753 footnotes. That means at least 877 of the footnotes (and probably many more, or a “majority”) are references to secondary sources.

I bring this up because some anti-Catholic amateur historians have repeatedly made the ridiculous contention that even non-historian (and non-academic) apologists and writers like myself, are required not only to read all the applicable primary sources, but in their original languages as well, and that it is incompetent to cite a secondary source from a trusted historian (in this instance, concerning Martin Luther and his viewpoints). But if historian Dr. Carroll thinks this isn’t even necessary for professional historians, why would it be for non-academics who write mainly to non-academics, on a popular level?

I’m all for finding out as much about the original context as possible. I provide plenty of primary documentation throughout my Luther research. I have nothing whatsoever against primary texts: the more the merrier. There are two long shelves full of Protestant primary works from the 16th century in my library. What I strenuously object to is the notion that an amateur historian has to utilize a primary source in every case of a citation, on pain of being accused of being an incompetent boob. This is itself highly unreasonable and unfair. It’s ludicrous.

I’m going through this right now with regard to a collection of St. Athanasius’ own statements that I posted on my blog. Anti-Catholic polemicist James White comes around and interprets the primary material one way, and I interpret it another way. How does one decide who is correct? Both of us are launching off of extensive primary material and making analyses of what Athanasius believes on the relationship of Scripture and Tradition, but the two interpretational frameworks are at great odds.

The same thing happens with Protestants, in their internal squabbles. This is one of the ongoing tragedies of Protestantism. Protestants can scream “sola Scriptura” and perspicuity (clearness) of Scripture till kingdom come, but they can’t agree on its teaching, and so they need authoritative interpretation and a guide: the Church, tradition, councils, popes, and apostolic succession.

It’s surely true that Catholic apologists have a bias in the direction of Catholicism, and Protestant apologists in the direction of Protestantism. That much is a yawner. But since bias plays so great a part in analysis of primary sources (itself “secondary” if put down in writing for others), anti-Catholics or even ecumenical Protestants are more likely to be biased with regard to the interpretation of Luther, because they have a greater stake in what Luther states: they tend to want him to be as “Protestant” as he can be.

Catholics, on the other hand, are under no such limitation. If Luther agrees with us on something, well and good. I have often noted this, and am delighted to find it where it occurs. If he doesn’t agree with us, then that is fine, too (in terms of bias), because he’s not “our guy.” But the Protestant has a stake in Luther being as “Protestant” as possible. Therefore, odds are that we, the Catholics, will tend to be more objective in our analysis of Luther’s statement in its full context, as illuminated by primary texts.

But getting back to historians who utilize mostly secondary sources: is Dr. Carroll an isolated example? Not at all. For example, Dr. Margaret Thomas, in her book, Universal Grammar in Second-Language Acquisition: A History (Routledge: 2004), describes her methodology (p. 8): “. . . I rely extensively on translations and secondary sources, . . .”

Margaret Thomas  is no amateur historian or mere apologist who loves history and writes about it often (as I am). She is a distinguished associate professor of linguistics in the Slavic and Eastern Languages Department at Boston College, with degrees from Yale, Boston College, and Harvard (in that order), and a long list of credentials and accomplishments.

If she is not required to understand, read, and use all primary texts that have a bearing on her work, then how is it that a mere layman and amateur historian such as myself, or Steve Ray are “required” to do so? It’s ridiculous! No other word will suffice . . .

Let’s look at another example. James E. Bradley’s book, Church History: An Introduction to Research, Reference Works, and Methods, (Grand Rapids, Michigan: Eerdmans, 1995), has direct bearing on the subject matter at hand. It’s written for those who intend to become Church historians. While he recognizes the notorious nature of many secondary sources when dealing with primary citations, he also writes on page 42:

[T]he author of a survey or general history cannot be a specialist in all of the areas covered and must, of necessity, rely on secondary sources in the construction of his narrative . . .

Bingo! Now, taking myself as an example: I am a Catholic apologist and an author in the same field. I write about many scores of sub-topics (as any ten-minute perusal of my blog with its 48 major topical index pages and over 2300 papers will establish). Martin Luther is only one area of inquiry among many. Since I am not a professional historian or even an academic (and have never claimed to be), the insistence that I must know all primary sources in every case I cite Luther at all, including reading them in German or Latin, is not only irrational, but literally impossible. Real scholars can’t even do that in their own field (witness Carroll and Thomas, and the historiographical methodology remarks of Bradley).

Dr. James E. Bradley is no slouch, either. He is the Geoffrey W. Bromiley Professor of Church History at Fuller Seminary. He knows what he is talking about (and has the proper credentials to do it).

Here is a fourth example: Richard Hofstadter (1916-1970; DeWitt Clinton Professor of American History at Columbia University), renowned historian and winner of two Pulitzer Prizes. The Wikipedia article about him states:

His most well-known and influential work, The American Political Tradition and the Men Who Made It, was published in 1948. It comprised a series of 12 biographical portraits of major political leaders from the 1770s to 1930s. Like all of his books, it was based primarily on reading and synthesizing secondary sources.

I rest my case (a little legal lingo there). 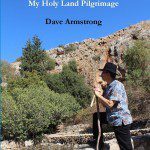 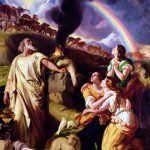 February 20, 2008 Adam and Eve, Cain, Abel, and Noah: Historical Figures
Recent Comments
0 | Leave a Comment
"It gets difficult "around the edges": like many things in theology. All we can do ..."
Dave Armstrong Calvinism: Tiny Minority Historically & Demographically
"That raises an interesting question: How do we count children regarding religion when they either ..."
Mike O'Leary Calvinism: Tiny Minority Historically & Demographically
"I Totally agree Calvinists are a minority. Their trick is they infiltrate every avenue to ..."
James Calvinism: Tiny Minority Historically & Demographically
"As I wrote in the paper:In several other instances, men are also bowed down to ..."
Dave Armstrong Bible on the Veneration of Angels ..."
Browse Our Archives
Related posts from Biblical Evidence for Catholicism