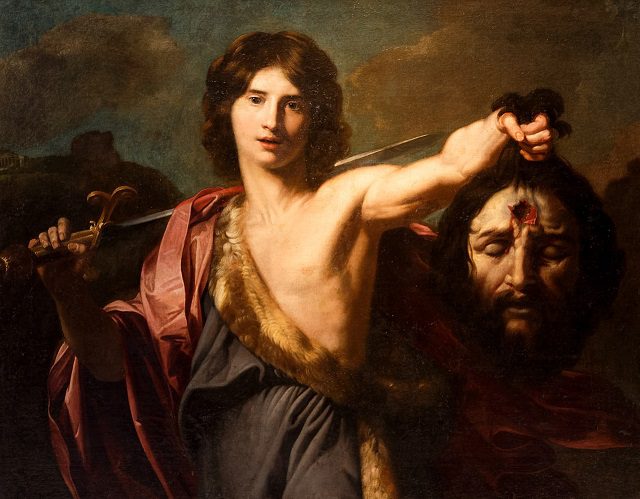 Funnily enough, the square-cube law is also why Goliath can’t be 10 feet tall. The Bible seems to run afoul this particular law quite often [he had also discussed Noah’s Ark in the comment], which makes sense: that wasn’t described until 1638 by Galileo and the the idea that the “ratio of two volumes being greater than their surfaces” isn’t something we can readily intuit. [my link]

1 Samuel 17:4 (RSV) And there came out from the camp of the Philistines a champion named Goliath, of Gath, whose height was six cubits and a span.

Alright. First let’s get a figure for Goliath’s height, according to the Bible. I cite several commentaries, on this passage (my bolding), and other reference sources:

Benson Commentary At least nine feet nine inches. And this is not strange; for besides the giants mentioned in Scripture, Herodotus, Diodorus Siculus, and Pliny make mention of persons seven cubits high.

Barnes’ Notes on the Bible If the cubit, the length from the elbow to the tip of the middle finger, is about 1 12 feet; and the span, the distance from the thumb to the middle or little finger, when stretched apart to the full length, be half a cubit, six cubits and a span would equal about nine feet nine inches.

Gill’s Exposition of the Entire Bible Eleazar, a Jew, who because of his size was called the giant, and was presented by Artabanus, king of the Parthians, to Tiberius Caesar, is said by Josephus (c) to be seven cubits high; and one Gabbara of Arabia, in the times of Claudius Caesar, measured nine feet nine inches, as Pliny (d) relates, and who elsewhere (e) speaks of a people in Ethiopia, called Syrbotae, who were eight cubits high.

Cambridge Bible for Schools and Colleges  The most probable estimate is about ten feet three inches. Among parallel instances of gigantic stature may be quoted Pusio and Secundilla, who lived in the reign of Augustus, and are said by Pliny (Nat. Hist. VII. 16) to have been over ten feet high.

Keil and Delitzsch Biblical Commentary on the Old Testament His height was six cubits and a span (6 1/4 cubits), i.e., according to the calculation made by Thenius, about nine feet two inches Parisian measure, – a great height no doubt, though not altogether unparalleled, and hardly greater than that of the great uncle of Iren, who came to Berlin in the year 1857 (see Pentateuch, p. 869, note).

(Note: According to Pliny (h. n. vii. 16), the giant Pusio and the giantess Secundilla, who lived in the time of Augustus, were ten feet three inches (Roman) in height; and a Jew is mentioned by Josephus (Ant. xviii. 4, 5), who was seven cubits in height, i.e., ten Parisian feet, or if the cubits are Roman, nine and a half.)

McClintock and Strong Biblical Cyclopedia (“Goliath”): His height was “six cubits and a span,” which, taking the cubit at 21 inches, would make him 10 1/2 feet high.

Clarke’s Commentary . . . nine feet nine inches is the most reasonable.

So there is some variation (between 8’5” and 10’6″), because the biblical cubit is not sufficiently exact to prevent it. As we see above, ancient historians (however accurate they are deemed to be in such natters) note several people as tall or taller than Goliath. The most famous tall person in our time was Robert Wadlow (1918-1940), who was 8 feet, 11.1 inches at his death.

Taking the average of his growth from 15-22 we arrive at 2.26 inches a year. Ten more years at that average rate is 22.6 more inches of growth, leading to a projected height at age 32 of 1o feet 9.7 inches, which is taller than the highest estimate of the seven given above.

But wait! It’s still not certain that Goliath was in the above range of height, based on textual evidences of many sorts. J. Daniel Hays is professor of Old Testament at Ouachita Baptist University, did an exhaustive study entitled, “Reconsidering the Height of Goliath” (Journal of the Evangelical Theological Society, December 2005, 701-714). Anyone seriously interested in the topic should read the whole thing, but here is his summary, for why he believes Goliath was six feet nine inches:

Here is a summary of the case. The Masoretic Text (MT), that is, the “received” Hebrew text upon which most of our English OT translations are based, states in 1 Sam 17:4 that the height of Goliath is “six cubits and a span.” A cubit is approximately 18 inches, and a span is about 9 inches. Thus, in the MT Goliath is 9’9″ tall. Most of our English translations follow this reading.

On the other hand, in the major Septuagint (LXX) manuscripts Goliath’s height is given as “four cubits and a span,” which puts him at the much shorter height of 6’9″. For much of the modern era, the LXX manuscripts were viewed as secondary witnesses to the OT text when compared to the MT. However, the discovery of the DSS changed that situation, because in several cases the older Hebrew texts found at Qumran supported the readings of the LXX over against the MT. Today the field of OT textual criticism is still struggling to interact with and to incorporate correctly the new textual data from these scrolls from the Judean Desert. Regarding 1-2 Samuel and the height of Goliath, the find at Qumran was quite significant. Although several small fragments of 1-2 Samuel were found, only one large substantial manuscript of 1-2 Samuel was discovered, referred to as 4QSama. Although some portions of the scroll are damaged, 1 Sam 17:3-6 is clear, and in this manuscript, by far our oldest Hebrew manuscript of this text, Goliath is listed as four cubits and a span, around 6’9″, matching the height stated in the LXX. (pp. 701-702)

In conclusion, consider the following summary of the evidence.

1. The MT of 1-2 Samuel contains numerous copyists’ errors and has been shown to be a poorly transmitted text.
2. The author of 1-2 Chronicles did not use the proto-MT of 1-2 Samuel but rather a manuscript that reflects the textual tradition found in 4QSama and in the Septuagint.
3. The reading “four cubits and a span” is the height of Goliath found in 4QSama, the oldest extant Hebrew witness to this verse. This manuscript dates to the first century BC, predating the earliest MT manuscript by a thousand years.
4. The reading “four cubits and a span” is attested by Josephus in the first century AD, by the Christian Lucian recension of the third century AD, and by the major codices Vaticanus and Alexandrinus, indicating that this was very likely the original reading in the Old Greek of the original Septuagint.

5. A plausible explanation of the alternate reading is available. A scribe may have committed parablepsis and copied “six” from the phrase “six hundred” in verse 7.
6. The height “four cubits and a span” fits better with the literary context, keeping the focus of the story on the contrast between David and Saul.

Therefore, in conclusion, I suggest that we accept “four cubits and a span” as the most likely original reading. I also suggest that this reading should be reflected in our Bible translations, relegating the variant reading of “six cubits and a span” to the notes and/or the margins, and that this reading should likewise be reflected in our commentary writing, our classroom teaching, and our preaching. . . .

Since 2013, Chadwick has conducted research on the ancient measurements known as the cubit and the span as part of an extensive project on ancient measurements in general. Visiting dozens of archaeological sites in Israel, and measuring hundreds of different architectural features in their excavated remains, Chadwick has identified the length of the ancient cubit as 54 centimeters [1.77 feet], and the length of the ancient span as 22 centimeters [0.72 feet]. (“Tall tales: Research examines Goliath’s true height”, Hannah Brown, The Jerusalem Post, 10-10-20)

He appears to accept the reading of four cubits and a span. Using the measurements for the cubit and span that he has determined in seven years of intensive on-the-spot research, that comes out to seven feet eight inches.

So, in conclusion, we see that there is rigorously argued textual and archaeological evidence leading to a height for Goliath of between 6’9″ and 7’8″: completely attainable heights, as we know from recent very tall human beings. I follow good textual / manuscript arguments regarding the Bible and related archaeological research, myself. This leads me to accept these latter conclusions, based on the overall evidence of the matter. If indeed I am correct in that (I’m not dogmatic about it), the skeptical atheist argument presented above collapses, since we’re not talking about ten feet plus human beings, but rather, one who is well within the range of what we know to be entirely possible.

Summary: Good textual and archaeological evidence exists to suggest that Goliath’s height was more likely between six feet nine inches and 7 feet eight inches, rather than 9 or 10 feet. 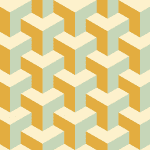 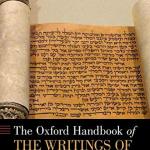 July 5, 2021 Pearce’s Potshots #39: Ignoring Chiastic Literary Genre in Genesis
Recent Comments
0 | Leave a Comment
"It's EWTN. Only America would be outrageous enough to regularly feature a "papal posse.""
Dave Armstrong Pope Francis Did NOT Say EWTN ..."
"Cassidy is mad that God didn't give her the answer she was looking for after ..."
Paul Hoffer Deconstructing a Typical Atheist “Santa Claus” ..."
"Was there context to the statement that indicated he was referring to an American channel? ..."
It's Just Me Pope Francis Did NOT Say EWTN ..."
"Good catechesis and apologetics are absolute necessities."
Dave Armstrong Audrey Assad’s Deconversion Story: Objective Analysis
Browse Our Archives
get the latest updates from
Biblical Evidence for Catholicism
and the Patheos
Catholic
Channel
POPULAR AT PATHEOS Catholic
1