Was Abraham from This City Ur That One?

Was Abraham from This City Ur That One? July 20, 2021 Dave Armstrong 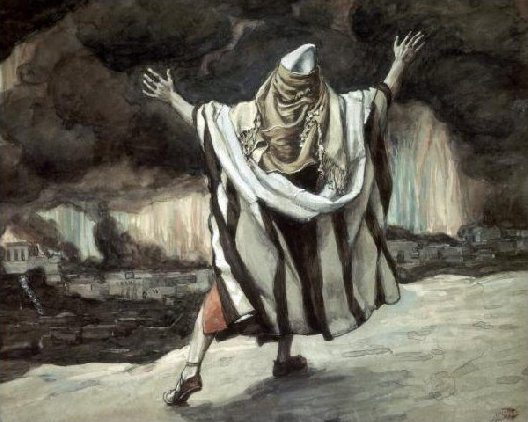 Genesis 11:27-28 (RSV) Now these are the descendants of Terah. Terah was the father of Abram, Nahor, and Haran; and Haran was the father of Lot. [28] Haran died before his father Terah in the land of his birth, in Ur of the Chalde’ans.

Genesis 11:31 Terah took Abram his son and Lot the son of Haran, his grandson, and Sar’ai his daughter-in-law, his son Abram’s wife, and they went forth together from Ur of the Chalde’ans [Ur Kasdim] to go into the land of Canaan; but when they came to Haran, they settled there. (cf. 15:7; Neh 9:7)

Joshua 24:2-3 And Joshua said to all the people, “Thus says the LORD, the God of Israel, `Your fathers lived of old beyond the Euphra’tes, Terah, the father of Abraham and of Nahor; and they served other gods. [3] Then I took your father Abraham from beyond the River and led him through all the land of Canaan, and made his offspring many. I gave him Isaac;

The usual or “standard” view is that Abraham (c. 1813- c. 1638 BC) came from the Ur which is close to the Persian Gulf, west of the Euphrates, in southern Mesopotamia (current-day Iraq). But one can actually argue that there is no compelling argument that this is where Abraham came from: even though Ur was perhaps the largest city in the world from c. 2030 to 1980 BC: with a population of about 65,000.

Some biblical evidences about Abraham’s journey to Canaan (to be discussed below) suggest another city: Urfa in Turkey. Close to it is Göbekli Tepe: dating from 9000 BC, and including the oldest temple in the world and the oldest known megaliths. Jewish, Christian, and Islamic tradition held that it was the hometown of Abraham, and part of the first group of agricultural settlements in history.

The Wikipedia article informs us:

The Uruk period [c. 4000-3100 BC] expansion triggered the formation of cities on the upper Euphrates, . . . this process began in about 3200 BCE. The rise of Urfa and Harran mirror the rise of Ebla as all three were driven by the same underlying economic expansion of Uruk. By the Early Bronze Age (2900–2600 BCE) Urfa had grown into a walled city of 200ha [494 acres or -0.8 square miles]. This city is located at the archeological site Kazane Tepe adjacent to modern Urfa. There is a tentative, yet unproven identification of ancient Urfa (Kazane Tepe) with the city of Urshu. Urshu is mentioned in the Ebla archives as a kingdom joined in political alliance with Ebla by marriage through a princess of the royal house.

On the basis of the distribution of pottery; excavation team claims that an area of 40 ha. was settled during the midst and second half of the third millennium BC [c. 2500-2000] . . .

Both excavation and surface finds revealed that the Kazane Höyük and its surrounding territory had been occupied during the Late Neolithic Age; the Halaf Period; the Late Chalcolithic Age; the EBA and MBA; the most significant one being the settlements of EBA II [3000-2700 BC] and III [2700-2200 BC]. Presence of a MBA settlement [2100-1550 BC] is only based on the pottery finds.

The Bronze Age-period city easily predates Abraham. Gary Rendsburg, Professor of Jewish History in the Department of Jewish Studies at Rutgers University, makes the case for it being the biblical Ur of the Chaldeans / Chaldees in his article, “Ur Kasdim: Where Is Abraham’s Birthplace?” (Torah.com, 2019):

Ḥarran is a city in southeastern Turkey, 16 kilometers north of the Turkish-Syrian border; it is still called by that name today. The city is well known from cuneiform sources, in both Eblaite and Akkadian, reaching back to the 3rd millennium B.C.E., and continuing through the 2nd and 1st millennia B.C.E. as well. . . .

In light of all this, Sumerian Ur cannot be the referent, as it is on the same side of the Euphrates as Canaan.

Moreover, a serious geographical problem plagues the story: a journey from Ur to Canaan would not pass through Ḥarran. We know the trade-routes. Anyone travelling from Ur of Sumer to Ḥarran would first have traveled upstream on the Euphrates, since no one would travel due west from Ur in southern Mesopotamia through the Arabian desert; even with camels the journey would be too arduous and too dangerous to allow such a crossing.

Instead, people on such a journey either would stop at Mari and then head west across the Syrian Desert, using the great oasis of Palmyra as the way-station before reaching Damascus, or they would continue further north along the Euphrates, to the Great Bend . . . and then head west and south via such cities as Aleppo, Ḥama, Ḥoms, etc., en route to Damascus, from which it was a relatively easy jaunt to Canaan.

But this is not what Teraḥ and family do, according to those who would identify Ur-Kasdim with Ur of Sumer in modern-day southern Iraq. These scholars would have one believe that, rather than heading towards Canaan, Terah and company instead continue north (the wrong [!] direction), by traveling upstream on the Baliḫ River, one of the tributaries of the Euphrates, to reach Ḥarran. If Ḥarran was not the destination, but rather only a way-station on the route from Ur to Canaan (as per Gen 11:31), it makes little or no sense for Teraḥ to have gone there. . . .

Considering these data points, a more attractive suggestion is that Abraham’s hometown is the city of Ur in northern Mesopotamia = modern-day Urfa in southeastern Turkey, 44 km [27 miles] north of Ḥarran. Most likely, this city is the one mentioned as Ura in cuneiform tablets from Ugarit (14th–13th centuries B.C.E.), where it is associated with the Hittite realm. A journey from Urfa to Canaan would indeed pass directly through Ḥarran.

Local (Turkish) Jewish, Christian, and Muslim tradition identifies this city as biblical Ur, the birthplace of Abraham. In fact, this notion was commonly accepted in 19th-century biblical scholarship. . . .

Notably, the names of Teraḥ’s father Naḥor and his grandfather Serug are actually the names of cities in the general region of Urfa: a) Naḫur, known from Akkadian sources (even if its precise location in upper Mesopotamia is unknown), and b) Serug, well known from later Syriac sources, whose name persists in modern Turkish Suruç, 46 km southwest of Urfa.

How, then, does one explain the latter part of the expression, namely Kasdim? As noted, the Chaldeans lived in southern Mesopotamia, but they were not native to the land, having migrated there in the early to mid-first millennium B.C.E.

Where were they from before that? The most likely answer is northern Mesopotamia. The best evidence comes from the Greek historian Xenophon (431–354 B.C.E.), who mentions the Chaldeans as a warlike people blocking the way to Armenia (Anabasis 4.3.4), and as neighbors of the Armenians but at war with them (Cyropaedia 3.1.34). Xenophon further mentions the Chaldeans in connection with the Carduchi (that is, the ancient Kurds) (Anabasis 5.5.17). In fact, to this day, the term lives on within the Chaldean Christian community, which inhabits the region.

The notice in the December 1976 BAR (“The Promise of Ebla,”BAR 02:04) that a new Ebla tablet refers to “Ur in Haran,” reopens the discussion of where Ur of the Chaldees, Abraham’s birthplace, was located. While we would welcome the full publication of the Ebla tablet, the Biblical evidence is by itself conclusive in placing Ur of the Chaldees in the Urfa-Haran region of south central Turkey, near the Syrian border, rather than in southern Mesopotamia where it is located on so many “Biblical” maps. . . .

Summary: The standard view of Abraham’s hometown is that it was Ur in southern Iraq (ancient Mesopotamia). But evidence from the Bible shows that it’s actually Urfa, in Turkey (ancient Anatolia). 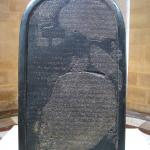 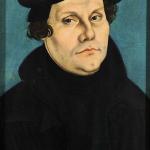