+ Clueless Anti-Catholic Attacks On It 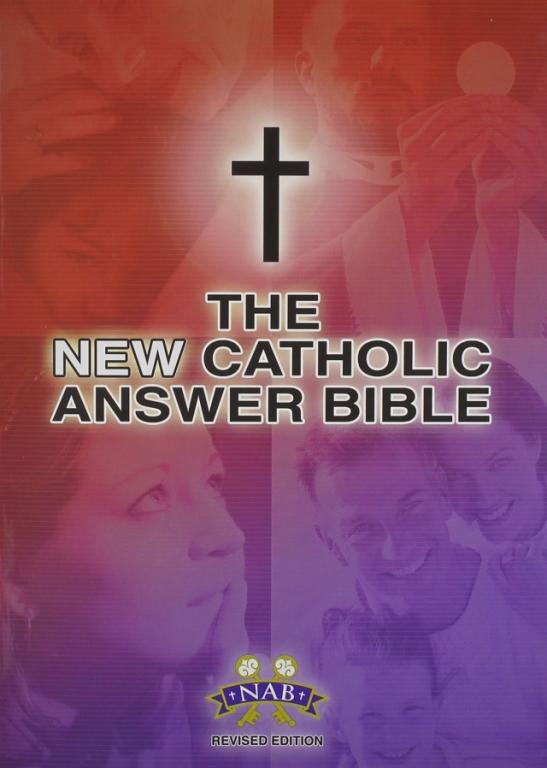 The New Catholic Answer Bible is the bestselling book of all of my 50 volumes.

Certain anti-Catholic Protestant apologists have lately been waxing ridiculously about how this volume is sending a mixed message to its poor, pathetic readers. I made a passing remark about the “notoriously liberal” (1970) footnotes for the New American Bible (the translation used) which has been seized upon for the purpose of a wholesale attack on the supposed massive uncertainty in Catholic dogmatic theology, as if no one can figure out what the Church teaches regarding any given doctrine (and as if footnotes of but one translation carry any sort of magisterial authority).

The attraction is the collection of 88 “apologetic inserts,” written by myself and Dr. Paul Thigpen (half of them each; the original Catholic Answer Bible, which were my notes alone). There are a million different Bibles on the market. For one like this to sell so well, clearly the inserts are causing people to purchase. No one buys a Bible for its footnotes, unless it is a “study Bible” with very extensive ones. I’ve certainly never done that myself, and I own some 30 or more different Bibles. Yet these critics insist that Catholics who purchase the Bible are thoroughly confused by the “mixed messages” being sent.

It’s all a bunch of hot air. So there are some theologically liberal errors to be found in some of the notes; big wow. That’s not why readers have (and buy) the Bible in the first place. Most probably don’t even read the footnotes. They want the apologetic notes. That’s how the Bible is promoted on the back cover and on its book description and purchase pages on the web, which never mention the brief footnotes that are included, as with almost any Bible. Barnes and Noble, for example, states:

The NEW Catholic Answer Bible is available in two editions – Large Print and Librosario®. Both editions feature 88 of the most common questions Catholics are asked about their faith.

Likewise, all of the 25 customer reviews on amazon (23 = 5 stars, 2 = 4 stars) without exception discuss the inserts:

1) “The authors examine many difficult or controversial teachings and for each one, give a clear explanation for why we believe what we believe. This in and of itself is extremely useful.” [10-12-08]

3) “This Bible contains a lot of information about the history of the Bible that I believe a lot of people don’t know. It also contains helpful, relevant information & comprehensive answers to questions asked about Church doctrine.” [8-23-08]

4) “. . . about every sixty pages a section of questions and Catholic answers is given. With these questions and answers, specific scriptural references are given that can easily be referred to.” [4-30-08]

5) “I purchased the New Catholic Answer Bible to seek answers to many of the tenets of the Catholic faith. This Bible has greatly exceeded my expectations. It is so well organized that I can read the passages of the Bible and then quickly go on to the explanatory notes with ease.” [2-19-08]

6) “There are many inserts in the Bible that explain specific beliefs that reference the Bible. This is a great tool for reading God’s Word and learning about the Catholic faith.” [2-8-08]

7) “This is a great Bible plus it answers a lot of questions for you about the Catholic faith. If you have ever wondered why Catholics believe or do something your questions will probably be answered here.” [12-9-07]

9) “I have recommended it to the RCIA program and have referred it to the education leader at my Church. They are as excited about it as I am.” [7-4-07]

12) “The many explanatory pages are helpful in understanding Catholic teaching and its relationship to the Bible. ” [11-10-06]

13) “Overall, I am pleased with the format and colored inserts and with most of the questions that are answered clearly and in the Catholic tradition. Excellent. ” [11-3-06]

14) “This remarkable study bible answers many questions that many have asked about the ancient faith founded by Jesus Christ.” [5-14-06]

15) “This Bible is great! I like the way that it answers common misconceptions of the Catholic Faith. A must for all Catholics!” [3-21-06]

16) “Being a recent convert to the Catholic faith, I have been verbally attacked numerous times (not surprisingly) by our non-Catholic brothers and sister on my Faith and sadly it will continue. Because of this I needed an easy, carry-around-wherever-you-go resource of my Faith to defend and explain her and that is where the New Catholic Answer Bible came in. It is a wonderful book! . . . with apologetic articles on countless subjects in between its pages. The articles are plentiful; 88 in all . . . and they are short and direct to the point in explaining what Catholics believe and why! . . . a junior apologist’s dream! Every Roman Catholic should know and be ready to defend their faith PROPERLY and this Bible will help you do that. ” [3-7-06]

17) “This is a must have version of the Bible for new or practicing Catholics. It is rich in its apologetic information and provides a history of written scripture that is invaluable.”

18) “Every Catholic should have a copy of this wonderful Bible .Gives you a biblical foundation for your Catholic faith . I live in the bible belt where Catholics are few and are often challenged about the Catholic Church and its teachings .The New Catholic Answer Bible will increase your knowledge of the Bible and Catholic faith.”

The last comment hits the nail on the head as to the real reason why the anti-Catholics are attacking this book. They hate the fact that Catholics are 1) reading the Bible, and 2) seeing (with the assistance of the inserts) that the Bible supports the Catholic faith. Catholics aren’t supposed to read the Bible and love reading it unless they come out with a Protestant interpretation of it. They’re supposed to be biblically illiterate ignoramuses that any Protestant worth his salt can make mincemeat of in discussion.

If they are either “Protestant” or ignorant, then it is good and they are praised and lauded by their anti-Catholic overlords and superiors. But if they read the Bible and find that it supports Catholicism, then it’s a bad thing and a naughty no-no. That’s the last thing an anti-Catholic wants to see.

Since the anti-Catholics fail every time in substantive theological encounters with real Catholic apologists, they have to nitpick and engage in obfuscation, obscurantism, and sophistry (exemplified by the current attacks on The New Catholic Answer Bible), try to make up problems in Catholicism that aren’t there, or exaggerate real problems a million times over, while ignoring the same sorts of problems in their own domain, or else they distort the nature of Catholic authority.

They are masters of a thousand rhetorical and sophistical tricks. I give them credit for cleverness and (a desperate) inventiveness at least, if not for knowledge and wisdom and logic, or any particular acumen in biblical interpretation.

Anything but actually argue theology head-to-head with an informed Catholic . . . They fear that like the plague because they will lose every time. That’s why seven well-known Internet anti-Catholics turned down a debate with me, live in a chat room, with the proposed topic being the definition of Christianity. They wanted no part of that, and didn’t even have the guts and basic intellectual confidence to defend their first premises (in this case: their goofy, beyond-silly notion that Catholicism somehow isn’t Christian).

Anti-Catholics are a small fringe group of Protestantism (maybe 2-3% of the whole, if that much). They don’t represent mainstream, historical evangelical Protestantism (a group I have a great deal of respect for). They make no attempt to even understand the viewpoints they regularly mock and trash. They can’t accurately portray that which they disagree with to save their lives. So they don’t deserve any serious attention, as far as I am concerned.

I can certainly understand why apologetics-oriented folks would want to do so, because error must be rebuked and some people are being harmed by the misinformation and lies that are regularly cranked out by these carnival barkers. But they’ve have been answered so many times now, in articles and books, that there really is little need to waste our valuable time dealing with them anymore. We should just stick to positive efforts at defending our faith (as in the method of these Bible inserts).

Converts to Catholicism are generally from the ranks of the highest caliber of evangelical, whereas converts away from Catholicism are usually of the lowest caliber of Catholic: people who scarcely understood Catholic doctrine in the first place. It’s highly appealing to the anti-Catholics, to snatch ignorant, nominal Catholics out of the Catholic Church. They know they’ll have no fight to put up, and will be easy pickin’s. But let an informed, experienced Catholic apologist approach them, and it’s all high-tailing it for the hills, mockery, sophistry, personal attack.

That’s all they’ve got. So let them prattle on and stew in their own juices. That sort of thing won’t appeal to people in the long run: at least not people who are serious about theology and the demands of Christian charity and conduct. We Catholic apologists will keep presenting our positive case, which easily prevails when it is truly considered side-by-side with Protestant alternative answers. There is nothing like the power of theological and spiritual truth.

To purchase a PDF file of my original 44 inserts only, send $3.99 via PayPal to apologistdave@gmail.com

Summary: I analyze the reasons people give for liking and purchasing The New Catholic Answer Bible (for which I wrote half of the 88 apologetics inserts), and critique the anti-Catholic attacks on it. 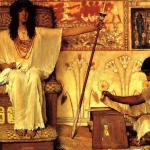