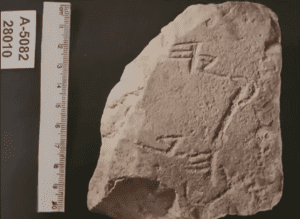 My upcoming book is entitled, The Word Set in Stone: How Science, History, and Archaeology Prove Biblical Truth. It will be published probably in the spring of 2023 by Catholic Answers Press (see the table of contents, Introduction, and other information). The editing work on it is done. Currently, I’m checking up on the latest archaeological discoveries that confirm the accuracy of the Bible since the time I wrote my book. They are constantly occurring.

Hezekiah, king of Judah (c. 741 BC- c. 687; reigned c. 716-c. 687), has been verified by many seals and bullae. His name was also mentioned on the prisms of Assyrian King Sennacherib. He was king during the time of the prophets Isaiah and Micah. Christopher Eames wrote the article, “‘[He]zekiah’: First-of-Its-Kind ‘Monumental’ Inscription of a King of Judah Revealed” (Armstrong Institute of Biblical Archaeology [no relation!], 10-26-22). He explains what is unique about the latest discovery:

[F]or . . . the kings of Judah in general, there has been one thing missing: “monumental”-style inscriptions, or stelae, of the sort well known and preserved in the likes of Assyria, Babylon and Egypt. Inscriptions that have thus far been unveiled naming biblical kings of Israel and Judah have largely been of the “miniature” variety—royal seal stamps, or bullae, such as those referencing Jeroboam, Uzziah, Jotham, Ahaz and Hezekiah. As such, a prevailing belief has been that the kings of Judah and Israel did not have “monumental”-style inscriptions to record their own achievements. Now, a new discovery (or rather, a somewhat old discovery reexamined) changes that picture. . . .

Indeed, the received wisdom has been that the kings of Judah must not have utilized monumental inscriptions . . .

In 2007, a limestone slab was discovered in the Gihon Spring area of the City of David (oldest) area of Jerusalem by Israeli archaeologists Eli Shukron and Ronny Reich. In 2009, Dr. Pieter Gert van der Veen determined that the name Hezekiah was present on the slab. His German article was entitled “König Hiskia in einer neuen Inschrift aus Jerusalem?”

Shukron and epigrapher Prof. Gershon Galil have reinforced this conclusion, after reconstructing one line as ח]זקיה]/[H]zqyh/[He]zekiah (with the initial letter “h/ח” missing). A second line (also with the first letter missing) is believed to be the word “pool” (Hebrew bricha). This was what was new about their examination of the slab.

The slab or stele, according to a related article, “would be the first royal inscription by a Judahite king yet discovered.”

The exciting thing about all this is that Hezekiah was associated in the Bible at least six times with pools and water works. And the discovery was made in one such known “pool” in Jerusalem:

2 Kings 18:17 (RSV) And the king of Assyria sent the Tartan, the Rab’saris, and the Rab’shakeh with a great army from Lachish to King Hezeki’ah at Jerusalem. And they went up and came to Jerusalem. When they arrived, they came and stood by the conduit of the upper pool, which is on the highway to the Fuller’s Field. (cf. Is 36:2)

2 Kings 20:20 The rest of the deeds of Hezeki’ah, and all his might, and how he made the pool and the conduit and brought water into the city, are they not written in the Book of the Chronicles of the Kings of Judah?

2 Chronicles 32:1-4 After these things and these acts of faithfulness Sennach’erib king of Assyria came and invaded Judah and encamped against the fortified cities, thinking to win them for himself. [2] And when Hezeki’ah saw that Sennach’erib had come and intended to fight against Jerusalem, [3] he planned with his officers and his mighty men to stop the water of the springs that were outside the city; and they helped him. [4] A great many people were gathered, and they stopped all the springs and the brook that flowed through the land, saying, “Why should the kings of Assyria come and find much water?”

2 Chronicles 32:30 This same Hezeki’ah closed the upper outlet of the waters of Gihon and directed them down to the west side of the city of David. And Hezeki’ah prospered in all his works.

Hezekiah’s Tunnel (called a “conduit” in the Bible) can still be navigated today (I walked through it myself in October 2014). The original Pool of Siloam is associated with it:

The Pool of Siloam was built during the reign of Hezekiah . . . The pool was fed by the newly constructed Siloam tunnel. An older Canaanite tunnel had been very vulnerable to attackers, so, under threat from the Assyrian king Sennacherib, Hezekiah sealed up the old outlet of the Gihon Spring and built the new underground Siloam tunnel in place of the older tunnel (Books of Chronicles, 2 Chronicles 32:2–4).

During this period the Pool of Siloam was sometimes known as the Lower Pool (Book of Isaiah, Isaiah 22:9), as opposed to a more ancient Upper Pool (Books of Kings, 2 Kings 18:17, Isaiah 7:3) formerly fed by the older Canannite tunnel.

King Hezekiah is also described in the Bible as having built or fortified a new wall (“Broad Wall”) in Jerusalem:

2 Chronicles 32:5 He set to work resolutely and built up all the wall that was broken down, and raised towers upon it, and outside it he built another wall; and he strengthened the Millo in the city of David. He also made weapons and shields in abundance.

This was uncovered in the 1970s and dated to Hezekiah’s time.

Summary: Archaeologists in Israel found a monumental inscription by King Hezekiah of Judah (the first from these kings). It also associates him with the construction of pools. 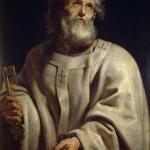 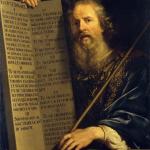 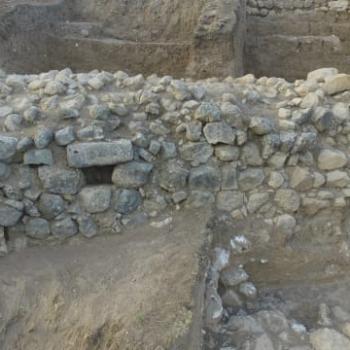 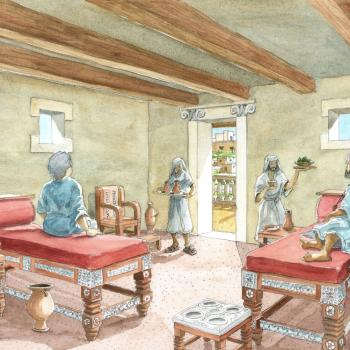 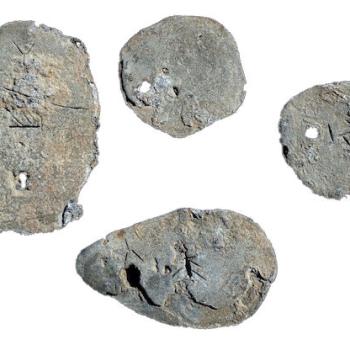