The 100% Solution: Questions from M 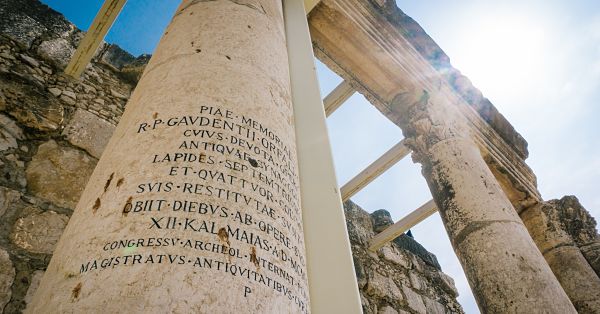 An odd thing about folks is that if you put a number on it, they believe you. I once was talking to a parent who would not believe their student was failing and, in a moment of frustration, turned the computer screen in their direction. “Look,” I said. “Here are the numbers.”

“What does it know about me?” they asked.

This was odd and so I tried to explain that I had inputted the numbers on the screen and done the subjective evaluations that produced the grade. The numbers just expressed what I had determined over time, but this explanation did not work. The numbers had persuaded them I was right and there was no going backwards.

They had (I thought) the right opinion, but for the wrong reason. Numbers overwhelmed their judgment. Since then, I have seen this often: quantify and win. This is not good so I try to avoid it. As a result, I will (I hope for good reasons) not put a number on things for which there is (really) “only” a subjective evaluation.

Let’s pause and note how often what appears to be quantifiable is really only a number attached to an accumulation of feelings. If one million people have a feel, then the count of the feel is still a count of feelings.

And so my wonderful summer interlocutor M* asks, I will dodge, if just a bit, to avoid manipulation:

21.  What level of proof do you believe exists to establish: 1) God exists; 2) it’s the God of the Bible; 3) and Jesus is God incarnate—would you say it’s (see levels below)

-preponderance of the evidence (51%)

-reasonable grounds to believe (less than 50%)

-probable cause to believe (less than above)

-reasonable to suspect (less than probable cause)

The good news is that M* is right about one thing. We do not know everything with the same degree of certainty. Some beliefs are essential and we are very sure, but other beliefs depend on those beliefs. There are other ideas about which we just make our best guess. We hope we are right, but we are not even close to being sure.

I like (without the numbers) the certainty scale that M* has given me, though I would add things I cannot doubt. Once I saw that 2+2=4, then I could not doubt it. Once somebody told me that in standard English all unmarried men were bachelors, I could not doubt it. Very few things fit this category, but this happy few do.

It could be that the existence of God also fits here: see the ontological argument.  If you think the argument is persuasive and valid, then God must exist. Let’s assume this is not the case. . . for M*’s sake.

I think God exists with clear and convincing evidence. Almost nobody doubts that God exists in human history, even now, and the reason is our best reason and experience. Is this God, the God of our experience and of the philosophers, the God of the Bible?

That seems less certain, but not a great deal less certain. There are jillions (technical term!) of religions, but few that combine philosophical sophistication, an ability to produce science and high art. Atheism never has. Islam can. Judaism does. Hinduism obviously can. Christianity birthed science, produced great art, and encourages philosophy.

Most importantly, Christianity has Jesus and Jesus is very great. If I were not a Christian, I would envy Christianity Jesus. Maybe Jesus is not the Son of God, but if you meet anyone who is too tone deaf to consider that He might be, then you have met a man who has missed the music of the cosmos.

Oddly, I would say I am more sure that this is true, then that God exists. How is this possible? Jesus is real. He walks with me, talks with me, and tells me I am His own. This is my indubitable experience. As a result, it is hard to doubt God exists. I am happy to doubt anything, including my experiences, and to discuss all things, but Jesus is real. He is not self-justifying like math facts, but Jesus is very close to that certainty for me.

This is quite jolly and I am one hundred percent certain that Jesus has been the solution to my heart’s deepest longings. That is not really “numerical,” but it is my deepest passion.

August 3, 2017
A Patriot and Not a Nationalist: Conclusion of the Post-Barton Dialog
Next Post

August 5, 2017 Being for More
Browse Our Archives
Related posts from Eidos