Born This Way: Witchcraft Comes Naturally For Some

In this day and age, I’m thrilled that more and more people are coming out of the broom closet as witches.  What’s even more impressive is that it seems that many of them were born that way.  They just know witchy things and feel things intuitively.

I’m one of those people–I identify as an intuitive witch.  And oh, the things I hear…

“Where did you learn your witchcraft? Your knowledge couldn’t have come from nowhere.”

“You owe the witchcraft traditions a debt.”

“You’re lying about knowing things—just admit that you read some books.”

As I wrote in my recent article, Your Witchcraft Practice Is Valid, witchcraft has experienced a lot of gatekeeping from elitists who express very firm opinions about who is allowed to be a witch and who is not.*

This is a huge problem in our community, and it runs so deep.  In this post, I want to go over how someone could have a natural or intuitive inclination to witchcraft and magic to explain more of our point of view.

It Just Comes Naturally To Us

I’ve written before about how I knew I was a pagan witch from a very young age.  As a child, I did a lot of kiddie witchcraft and had so many witchy experiences.

I felt energy, I had witchy experiences, and I knew things.  However, I didn’t know a thing about Wicca, Druidry, or the gods for a long time.  How could I owe a debt to those traditions that I didn’t even know existed?  I never read a book on witchcraft until I was nineteen, when I was well into my practice.

It’s only through acknowledging our magical origin stories that many of us we see that we’re naturally witchy without any teaching or books whatsoever.

Heron Michelle brought up the notion of witchery as an orientation:

“There are things all witches just know deep down in their souls, and profound catalyzing experiences we all seem to share.”

Information And Spirits Are In The Air

Intuitive witches could receive more cosmic downloads than others.  It’s an ancient pagan belief that information, spirits, and deities are in the air.  People who are sensitive can pick up on them and receive knowledge and wisdom.

Eventually, these ancient Greek daimon spirits were changed into horrific demons.  The medieval Christian/Catholic church believed in the spirits in the air.  They feared these spirits so much that they called the Devil “The Prince of the Power of Air” (Eph 2:2).

The church literally demonized the air we breathe because knowledge about witchcraft and magic could come from thin air.

Past Lives As Witches

Witchcraft could also be something we remember from our past lives.  We could be remembering how to operate as witches and how to work magic. This could be the reason why many of these witchy things feel so familiar to us and how we know things.

Mat Auryn indicated his dreams about being a witch are liekly a past life memory in his article Once a Witch, Always a Witch.

“It is now my belief that a lot of our magick is metaphorically “in our blood” so to speak, that we often incarnate with a lot of carry-over knowledge and practices that we often write off as childhood imagination.” — Mat Auryn

Putting It Into A Personal Context

Paganism and witchcraft are evolving.  We are not static creatures, and I believe our spiritualities shouldn’t be, either.  However, there’s a huge gap of respect when it comes to intuitive witches like me.  Here are my biggest take-aways:

It’s an insult to come at someone and tell them they need to be in a specific religion or a craft.  Religion and spirituality are always choices that should be respected (in accordance with the first amendment of the US constitution).  I don’t tell people they need to be just like me, do I?  We’re all equals on our own paths.

Let Go Of The Ultimate Prestige Of Traditions

People don’t need to acknowledge or thank the traditions/structures that are in place.  No one needs to read the history of paganism, witchcraft traditions, or the occult.

However, they can if they want to.  They’re a lot more likely to do that if the people who are in them are approachable and open-minded.

Believe That Someone’s Truth Is True For Them

We need to believe people when they tell us their truth about who they are and what they experience.  Just because their story or their personal gnosis doesn’t fit into your story or the current model doesn’t mean it’s not true.

There are things that intuitive witches can learn from the traditions.  They’re great sources of information and wisdom.  If you’re interested in them, I advise that you learn from someone you resonate with who has good boundaries.

If you liked this article, you may like my forthcoming book, Intuitive Witchcraft: How To Use Intuition To Elevate Your Craft, which will be published through Llewellyn Worldwide on April 8, 2020.  Pre-orders are much appreciated.

We Have Different Definitions of Witchcraft And Magic, And That’s Okay

Don’t Tell Me How To Be A Pagan/Witch

Witchcraft And Magic Are Ancient

* While I have no problem with the initiatory gatekeeping of knowledge, I do have a problem when elitist gatekeepers decide who is allowed to be a witch and who isn’t.

Edit: I mistakenly cited the second amendment instead of the first.  I think I cited it just because we hear so much about the second amendment and not so much the first.  It’s actually really revealing about my country (USA)–where guns are thought of as more of a right than religion, where the lines get much blurrier, especially with government officials praying at public meetings and what not.  Thanks so much to Amy for pointing it out! 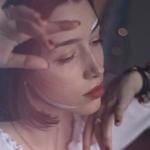 March 29, 2020 Hardwired For Tradition: Some People Are Better At Traditions Than Others
Recent Comments
3 Comments | Leave a Comment
Browse Our Archives
get the latest updates from
Starlight Witch
and the Patheos
Pagan
Channel
POPULAR AT PATHEOS Pagan
1