I’ve reached a point where I’m in the awkward position of sometimes knowing more about Hinduism than some people of Indian ethnicity that I encounter.

Being Hindu is a huge part of my life and I dedicate a lot of my time and energy to it, so it’s not surprising that by this time I have a reasonably deep understanding of the faith.

At the same time it seems there are many children growing up in the west with Hindu parents and ancestry who don’t really connect with it or care about it. Some people are just not religious, and there’s nothing wrong with that. Some people feel a stronger connection to the American culture than the Indian one of their families. Some are still trying to figure out their dual identity and the place that Hinduism has in their life.

It doesn’t always come up, of course, but when it does come out that I practice Hinduism and they don’t, it feels very awkward.

I always want to defer to native voices, to make sure that I’m not overpowering Indian Hindu voices with my white voice. But sometimes I am encountering Indian Hindus that know (and usually care) much, much less than I do.

I start to wonder, though, why we have the expectation that people who grew up fully American but happen to have Indian Hindu ethnicity should know about Hinduism. Afterall, no one in America looks at me and expects that I have to know all about Irish or Scottish traditions and practices. It is a part of the racism in America that I can be looked at as fully and simply American while someone with a slightly darker skin color is seen as first and foremost belonging to a different country.

I was thinking about this as I read this article in Brown Girl Magazine on a show about a Canadian woman of Indian ancestry exploring her roots and learning to hold both her identities: Indian and Canadian. I started thinking about how often I have met people who have not yet taken on that journey to learn about their roots and ethnic identity.

And again, while there’s nothing wrong with that, I feel very uncomfortable with the position that I am in when I know and understand more about Hinduism than a person whose family and ancestors are Hindu!

Do those people still “own” the rights to Hinduism more than I do? It’s an interesting conundrum in the world of social justice and trying to make sure that Hinduism is not co-opted, stolen, or “digested” by white people. 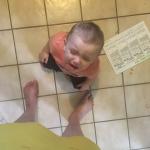 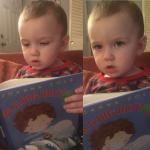 December 21, 2017 Surprise!
Recent Comments
8 Comments | Leave a Comment
Browse Our Archives
get the latest from
Hindu
Sign up for our newsletter
POPULAR AT PATHEOS Hindu
1