Garrick Ravi has some news to share with you all… 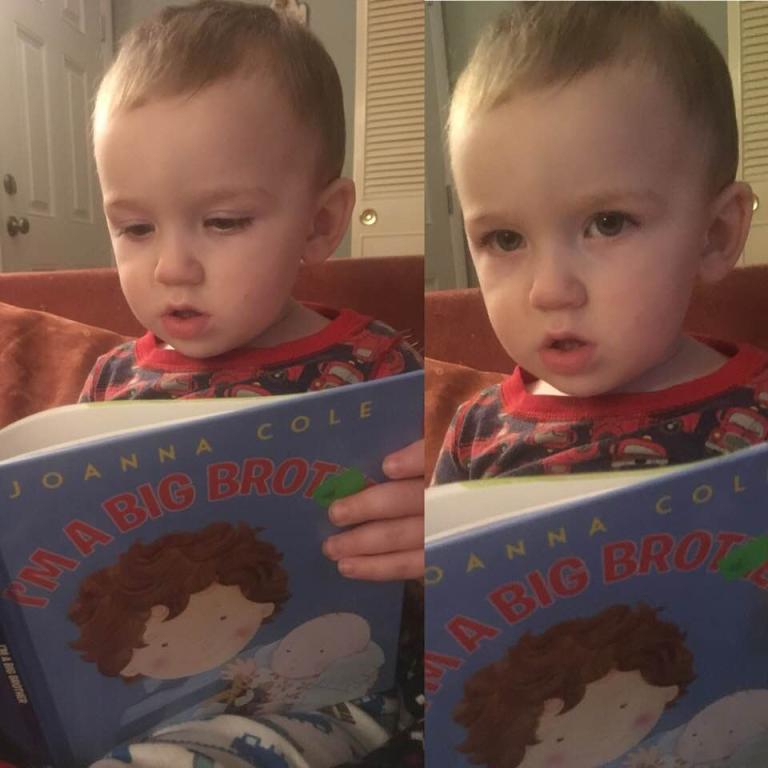 Amazingly I have fallen pregnant without really trying or knowing it. True we have not been doing anything to prevent pregnancy, but considering the infertility struggle we went through with Garrick Ravi, neither of us expected it to be easy and normal the second time. I am not much of a “woo woo” person but I truly believe that His Holiness Sri Bharati Tirtha cleared away a karmic blockage for me with his blessing.

I found out last week that I was pregnant and I realized that I had been pregnant already for about two months! I didn’t ever suspect. My periods had gone away again and I was putting on weight, but I thought that was my PCOS symptoms returning. I was so exhausted that twice I fell asleep on the couch while watching Garrick Ravi. That was a little scary because he was unsupervised while I slept. I started getting pain in my hips while sleeping and I thought “That’s funny, I haven’t had this kind of pain since I was pregnant.” Still did not occur to me that it was even a possibility. Then I started feeling a low level of nausea almost all the time and particularly when I ate. I said to Brad, “I can only eat two bites before I’m overwhelmed by nausea. Is this a PMS symptom I don’t remember?”

My parents, on hearing that I was falling asleep randomly, asked if I was pregnant and I said, “Of course not.”

But a couple days later I was knocked out with nausea again and I told Brad that I was going to go ahead and use that one pregnancy test I had gotten for when we were really trying again. I thought I was just ruling it out so I could move on to figuring out why I was so under the weather.

I was completely stunned when I checked the test and it was positive.

Then I felt like an idiot, realizing how many pregnancy symptoms I had been having! But I have had a psychosomatic pregnancy before (where you are not pregnant but you become completely convinced that you are). So I don’t trust myself when I think I’m having symptoms.

So yeah. We have another little one on the way and we are so excited to be growing our family again. I don’t know what it means for the blog as I try to keep up with two little kids! But when I have something to say, you’ll be sure to hear from me.