Dialogue with a Lutheran on the Immaculate Conception 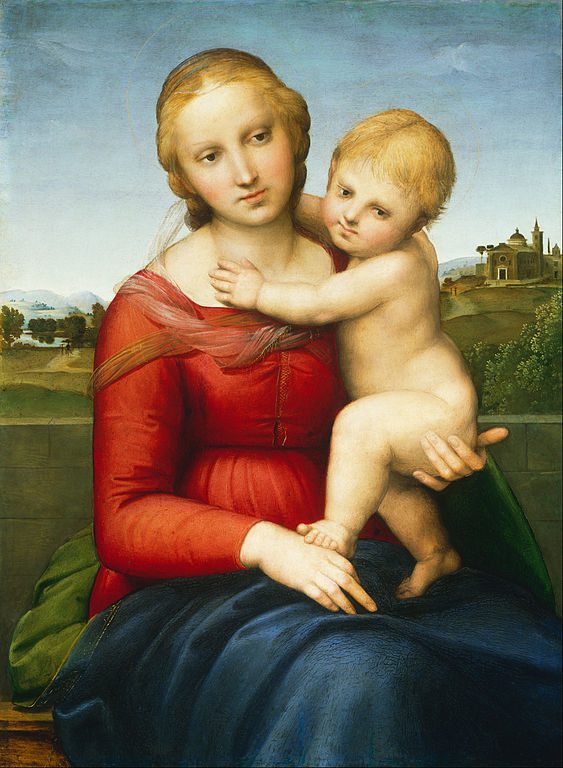 The Roman church teaches that when Mary was conceived in the womb she was kept free from original sin and filled with sanctifying grace. It wasn’t until 1854 that this doctrine became an official teaching of the Roman church.

It is never sufficient to simply cite a “late date” and leave it at that. It’s great polemics and propaganda, but lousy historical argumentation. First of all, it isn’t as if the doctrine came out of thin air in 1854. It was believed, by and large, for many centuries. 1854 simply made it dogma at the very highest levels: de fide or ex cathedra (as the Catholic Church has many levels of authority of dogmas).

What must be determined is if doctrines that are defined at much later dates are consistent developments or truly innovative novelties, that have no legitimate historical precursors. The Immaculate Conception is the former, and is a straightforward development of the belief in the sinlessness of Mary, that was the consensus of the Church fathers.

To find doctrinal novelties and corruptions one must go to folks like the so-called “reformers”: people like Martin Luther, who introduced (as I have documented) at least 50 novel doctrines in his treatises of 1520, even before he was excommunicated.  One can also point to sola Scriptura: the Protestant rule of faith, that was not taught by the Church fathers at all, as I have demonstrated numerous times. Nor can it be proven at all from Scripture. I’ve written two books about that. St. Augustine’s teachings were Catholic, not proto-Protestant. I devoted an entire book to documenting that fact, too.

To some extent that is true, but biblical arguments were also utilized, as in all Catholic argumentation in favor of particular doctrines. It was largely an argument from tradition, but then, this is perfectly permissible on the biblical, apostolic, patristic, and medieval assumption that sola Scriptura is not the rule of faith in Christianity. St. Augustine and St. Thomas Aquinas both noted many times that a doctrine can legitimately develop from tradition alone, or primarily.

It doesn’t contradict the Bible at all. Nothing in the Bible denies that Mary was or could have been sinless (like Adam and Eve were before the fall, and like the angels are), nor that she could have been conceived without original sin. It’s one thing to assert that there is not explicit evidence of it in Scripture, or perhaps not even much implicit or indirect evidence; quite another to assert contradiction, which is a far greater claim, in need of demonstration.

As for the fathers, well, yes and no. It’s not explicitly asserted, but its developmental kernels are: Mary as sinless, the new ark of the covenant, and second Eve, all are repeatedly asserted by the fathers. Thus, this question goes back to the issue of development of doctrine.

Even in the middle ages significant theologians like Bernard of Clairvaux and Thomas Aquinas denied the immaculate conception.

We always hear about this . . . First of all, St. Thomas didn’t believe that the soul was united to the human body until 40-80 days after conception. He had a deficient understanding of biology and did not hold to the Church’s current beliefs about ensoulment (i.e., a soul is supernaturally created by God at the moment of conception). Therefore, he could not have held to the Immaculate Conception as the Church does today, based on this false premise.

Secondly, Thomas believed that Mary was extraordinarily sanctified in the womb: just not at conception, per the above, and particularly sanctified at the time of the conception of Jesus.

Thirdly, he believed that she committed no actual sin. In all these things he was followed by Martin Luther, as I have documented. But none of these things are held by Lutherans today. Thus, St. Thomas was far closer to present Catholicism in this (and Luther) than to Lutherans or Protestants generally. I recently completed my book, The Quotable Summa Theologica, and devoted almost six pages to his teaching in these matters. I won’t cite his teaching here, but if this debate intensifies, I’d be happy to produce them.

The doctrine most likely developed as an attempt to safeguard the doctrine of the sinlessness of Christ but as Thomas Aquinas points out, if Mary were sinless Christ could not be her redeemer.

The Catholic Church wholeheartedly agrees that Mary was in need of a redeemer, like all human beings since the fall. She herself calls God her savior in the magnificat. We contend that she was saved by being prevented (by an act of God’s grace at her conception) from falling into the “pit” of sin, rather than rescued out of it, as the rest of us are, if we are saved. St. Thomas neglected to draw this distinction, therefore made a fallacious argument (even he could do that on occasion). In this way, the Immaculate Conception is perfectly consistent with Mary’s need of a savior, and to be rescued (in a special and unique act of God’s grace) from the original sin she would have inherited, like every other human being.

But more recent Roman apologists in an attempt to win over evangelicals have tried to defend the doctrine immaculate conception from the Scriptures. On page 178 of  A Biblical Defense of Catholicism, Dave Armstrong discusses the use of the term “full of grace” and says:

It is permissible, on Greek grammatical and linguistic grounds, to paraphrase kecharitomene as completely, perfectly, enduringly endowed with grace.

In the book, Armstrong does not treat the above as a direct quotation from any particular source but he does provide a footnote that says

The book does not cite Blass and DeBrunner as a direct quotation . . .

. . . but if you search the internet, you’ll find plenty of people quoting this as if it were a direct quotation from Blass and DeBrunner including Dave Armstrong on his blog.

Sometimes folks utilize my materials incorrectly. I checked out Chuck’s assertion that I myself cited it wrongly as well. I did find one 2011 paper where I made this mistake (my book above was completed in 1996).  I promptly corrected that and thank Chuck for directing my attention to it. Human errors can happen when one has written almost 2,500 blog posts.

But page 166 doesn’t say anything that resembles what Armstrong is saying here. Blass and DeBrunner simply mention that the perfect stem is used to denote “a condition or state as the result of a past action.” The passage cited by Smyth says, “Completed action with permanent result is denoted by the perfect stem.” None of this sounds anything like what Armstrong is saying. The passage clearly says that God graced Mary but it’s rather insane to try to derive the doctrine of the immaculate conception from that.

I love the use of exaggerated, dramatic rhetoric (“insane”). It is also important to note “what Armstrong is saying” in the first place. In my book, I didn’t claim that Luke 1:28 and kecharitomene “proved” the Immaculate Conception. Immediately after my words above, that Chuck cited, I wrote:

Thus, in just this one verse, pregnant with meaning and far-reaching implications, the uniqueness of Mary is strongly indicated, and the Immaculate Conception can rightly be deemed entirely consistent with the meaning of this passage.

The Bible speaks only implicitly of many things that Protestants strongly believe, such as the proper mode of Baptism  (immersion, sprinkling, or pouring?). The Immaculate Conception is entirely possible within scriptural presuppositions.

The words “consistent” and “entirely possible” are obviously not the same as assertion of outright proof, or demonstration. Since my first book (written over 16 years ago) I have made additional scriptural arguments that are based on explicit texts, having to do with grace and sin. I would love for Chuck to take these on, if he is looking to have a biblically-based discussion of the Immaculate Conception.

The ever-virgin Mary can truly be called the Queen of Heaven. She was given the most important position of any human being by being chosen by God to be the Mother of God.

But Mary was a sinner who needed Christ to suffer and die for her just as well all do.

The second thing is not denied by Catholics. The first clause is an unproven assertion derived from mere traditions of men, and neither from the Bible nor the consensus of patristic teachings. 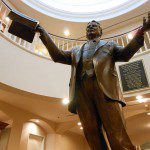 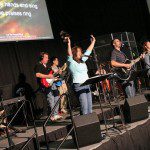 March 4, 2013 Informal Worship vs. Formal Catholic Liturgy
Recent Comments
0 | Leave a Comment
"It gets difficult "around the edges": like many things in theology. All we can do ..."
Dave Armstrong Calvinism: Tiny Minority Historically & Demographically
"That raises an interesting question: How do we count children regarding religion when they either ..."
Mike O'Leary Calvinism: Tiny Minority Historically & Demographically
"I Totally agree Calvinists are a minority. Their trick is they infiltrate every avenue to ..."
James Calvinism: Tiny Minority Historically & Demographically
"As I wrote in the paper:In several other instances, men are also bowed down to ..."
Dave Armstrong Bible on the Veneration of Angels ..."
Browse Our Archives
Related posts from Biblical Evidence for Catholicism