Definition of “Sola Scriptura” (We Must Get it Right!)

Definition of “Sola Scriptura” (We Must Get it Right!) February 15, 2013 Dave Armstrong 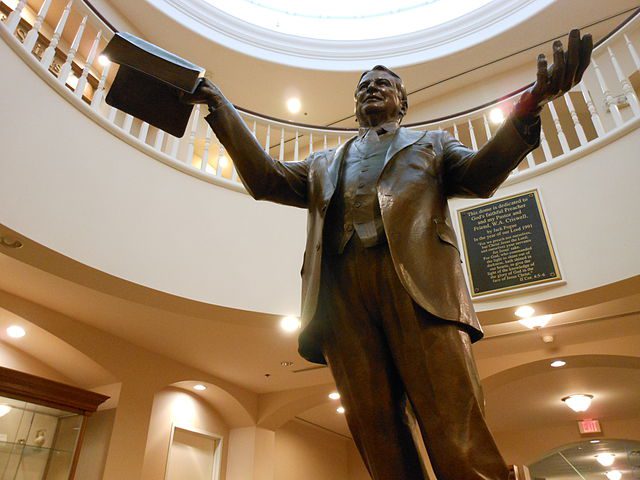 The doctrine of sola scriptura, simply stated, is that the Scriptures alone are sufficient to function as the regula fidei, the infallible rule of faith for the Church.

The following thoughts are derived from a friendly but lively discussion with a fellow Catholic apologist.

Definitions of things are super-important. This is a crucial issue in all apologetics.  I can’t emphasize strongly enough how supremely important this is, because it has to do with the definition of a thing that is central in the “hottest” and most controversial issue in Catholic-Protestant apologetics.

I don’t think sola Scriptura is a “bluff.” This implies deliberate dishonesty, which is uncharitable. I certainly was not seeking to be dishonest when I was an evangelical Protestant. I think it is a matter of how things are properly defined within the framework of multiple broad Protestant traditions, and how the man on the street is largely unaware of same (just as Catholic men on the street often are, of our dogmas).

I don’t think that because there is widespread ignorance, therefore, we shouldn’t worry about matters of proper definition at all. The latter is always supremely important in any big discussion and controversy. This is not a minor matter in apologetics. We’re talking about (by far) the most controversial and central issue in all of Catholic-Protestant interaction. It’s #1.

All I’m saying is that we must define sola Scriptura according to how “official” Protestantism [at denominational levels] does, just as Protestants must define our doctrines and dogmas by what popes and councils and catechisms say, not based on the distortion of less educated folks. I should think that this is self-evident.

That much is clearly crucial and necessary. It seems like you want to say, on the other hand, “that doesn’t matter at all; all we care about is meeting the man on the street, on a practical level.” It’s not either/or. We should note the definition as we know it to be, then deal primarily with how it works out in practice with Joe Protestant on the street.

If we are operating with inaccurate, mistaken definition of the very concept we are opposing, this violates the basic rules of all debate whatsoever: know thy opponent, and define basic terms at the outset. And it’s uncharitable, because it appears like we are warring against straw men in some respects.

I’ve written way more on this than on any other topic (including two books, and part of a third). Countless times I’ve argued (and it’s in my books) that sola Scriptura is self-defeating and unworkable in practice, that it is vicious, circular reasoning and can’t be applied consistently in real life. But I take care to define the term and concept accurately, according to how educated Protestants see it. They themselves (particularly Mathison and Baptist scholar Bernard Ramm) despise the distortion of what they call SOLO Scriptura.

Ultimately, Protestants don’t have to (by their own principles) be obedient to denominational authority, per Martin Luther and the internal logic of sola Scriptura (as I’ve argued a million times), but it’s again beside the point. They define it a certain way and then ultimately contradict it. We still need to accurately define that which we oppose, and then proceed to show how it is self-defeating. I’ve done this a million times (see my Bible and Tradition page).

But Protestants obviously acknowledge non-biblical authorities. They only deny infallibility to them. James white, for example, would submit himself to his own Reformed Baptist tradition. He might theoretically be shown to be in error on some point, according to the Westminster Confession, etc. The average Protestant of his sort respects their own denominational sub-tradition. It’s why they’re there. It’s why Calvinists squabble with Arminians: because they believe strongly in their own thing over against the other.

It’s a weak form of tradition, by Catholic criteria, but it still is a lesser authority within Protestantism. We mustn’t dismiss it as no authority at all besides the Bible. We can say it doesn’t work, that it fails, that it is self-defeating (I do all that hundreds of times), but it still is authority in some sense.

Protestants believe in sola Scriptura. At the same time they don’t properly think it through, to see that it is self-defeating. Lack of awareness and logical acuity is not dishonesty.

All religions have a problem of the average adherent being ignorant on any number of issues. It’s not like Protestants alone suffer from this. How many Catholics could articulate the difference between infused and imputed, forensic, external justification, or explain the proper relationship of grace and works, or give a biblical defense of transubstantiation or the Two Natures of Christ, or give any reason whatsoever for acceptance of the Immaculate Conception or the Assumption?

The three examples given at the top of this post are the accepted definition of sola Scriptura. It’s the Protestant’s own definition, not mine or any Catholic apologist’s, to define as I or we wish. We expect the same in critiques of our faith. If someone said they didn’t give a fig about the definition of papal infallibility at Vatican I or the two papal statements about the Marian doctrines (1854, 1950), Catholic apologists would be quick to say that they can’t do that. We’d say that they can’t define our doctrine by what some drunk Catholic in a bar at 2 AM says about it. They have to go “by the books.” And we have to do the same with them. It’s the same intellectual standard and responsibility, both ways. Their definitions come from their own confessions and creeds.

Sola Scriptura is defined within Protestant ranks by scholars and bigwigs in denominations, following their own dogmatic creeds, confessions, systematic theologies, leading theologians, etc.  It’s not all that different from how we do it: it just carries less total authority because of the nature of their system (in a word, it isn’t infallible, as ours is).

Major terms (and doctrines) in theology always come from the top down, not from the man on the street. This is no different between Catholicism and Protestantism either. Theology isn’t democratic, because it’s based on revelation (the ultimate top-down notion).

Protestants have no central authority, but they have several prominent denominational authorities. If I am critiquing the Lutherans, I consult the Book of Concord. They bind themselves to that. For Calvinists it is usually the Westminster Confession, with Calvin’s works being very authoritative, too, though not absolutely so (per sola Scriptura). For Methodists, Wesley would have a high place. For Anglicans, it is the 39 Articles. Etc., etc. This is elementary to understand in Catholic-Protestant apologetics.

Protestants don’t disagree regarding sola Scriptura, at the level of theologians and scholars and pastors, etc. A few extreme fundamentalist groups go to a radical “Bible Only” or what has been described derisively by informed Protestants (notably, Mathison), as a solo scriptura view. They are more united on sola Scriptura than on almost anything else, because it is one of the few principles that is agreed by virtually all (of educated ones). Everything else for them is built upon this. This particular issue happens to have a large consensus within Protestantism.

If we don’t go “by the books” in defining Protestant terms, by the same token, Protestants who critique Catholicism should be able to define Catholic soteriology in the manner that the average Catholic on the street does: that basically we have to be “good people” to get to heaven. I’d venture to guess that many (less educated and informed) Catholics would be semi-Pelagians in their theology, and some even outright Pelagians. If we don’t care what a religion’s “official books” say and just take a head count of folks on the street, then we’d have all kinds of “interesting” definitions.

The very enterprise of apologetics would become chaotic and absurd if we took that tack on everything. It would hardly even be possible. We’d be fighting straw men a good 90% of the time. I try to critique the views of the most intelligent and respectable Protestants, not the least intelligent ones.

This is what the fringe group of anti-Catholics among Protestants love to do with us. They immensely enjoy toying (in public) with a Catholic who doesn’t know what he’s talking about, and exhibits so many stereotypes of what they envision Catholicism to be. But when you or I meet them, all of a sudden they have far less time and interest, for some reason. Their goal is to mock and caricature Catholic belief, not interact with the real thing.

Protestants can be told they’re wrong within their own flawed authority structures. But one can also make arguments from the Bible, as I specialize in. We can take their sola Scriptura and trap them with it, by showing them that the Bible supports our views, not theirs. They will take that seriously because they believe that the Bible is inspired, as we do. It’s common ground, and so it is very effective in debates. Every debate must establish the best common ground between the two positions, and go from there. Otherwise, there is no interaction at all, if nothing is held in common.

Apologists must define things primarily “by the books.” We don’t accept otherwise when we are critiqued, and in charity we owe the same to our Protestant brethren.

When I find folks (anti-Catholic polemicists) botching Catholic definitions I have a field day and rake them over the coals, and broadcast it to all and sundry: “Look! So-and-so doesn’t even understand the basic definition of X!” I’ve often done this with atheists who claimed that they understood exegesis back when they were lowly Christians (let alone now: yet they consider themselves such “experts” on the Bible). I prove that they didn’t have a clue, that they were and are quite ignorant about it. We must properly understand what we are critiquing: all the more so regarding the number one issue in apologetics. 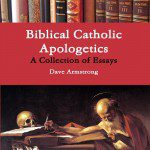 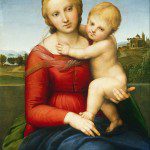 February 18, 2013 Dialogue with a Lutheran on the Immaculate Conception
Recent Comments
0 | Leave a Comment
"I found this when searching on "Does Calvinism have Apostolic Succession?"Apparently some Catholic Archbishop "converted" ..."
Artes DeLucca Indefectibility & Apostolic Succession (vs. Calvin ..."
"Oops, I guess I lose this one.I love you Dave Armstrong."
Sandy Plage “Quantum Entanglement” & the “Upholding” Power ..."
"It's just a cop-out. If you want to come off as unreasonable person with no ..."
Dave Armstrong “Quantum Entanglement” & the “Upholding” Power ..."
"No! That’s plain silly. I am not required to rebut Yahweh / Jesus (or Zeus, ..."
Sandy Plage “Quantum Entanglement” & the “Upholding” Power ..."
Browse Our Archives
get the latest from
Biblical Evidence for Catholicism
Sign up for our newsletter
POPULAR AT PATHEOS Catholic
1 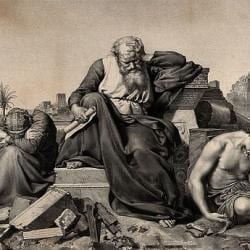