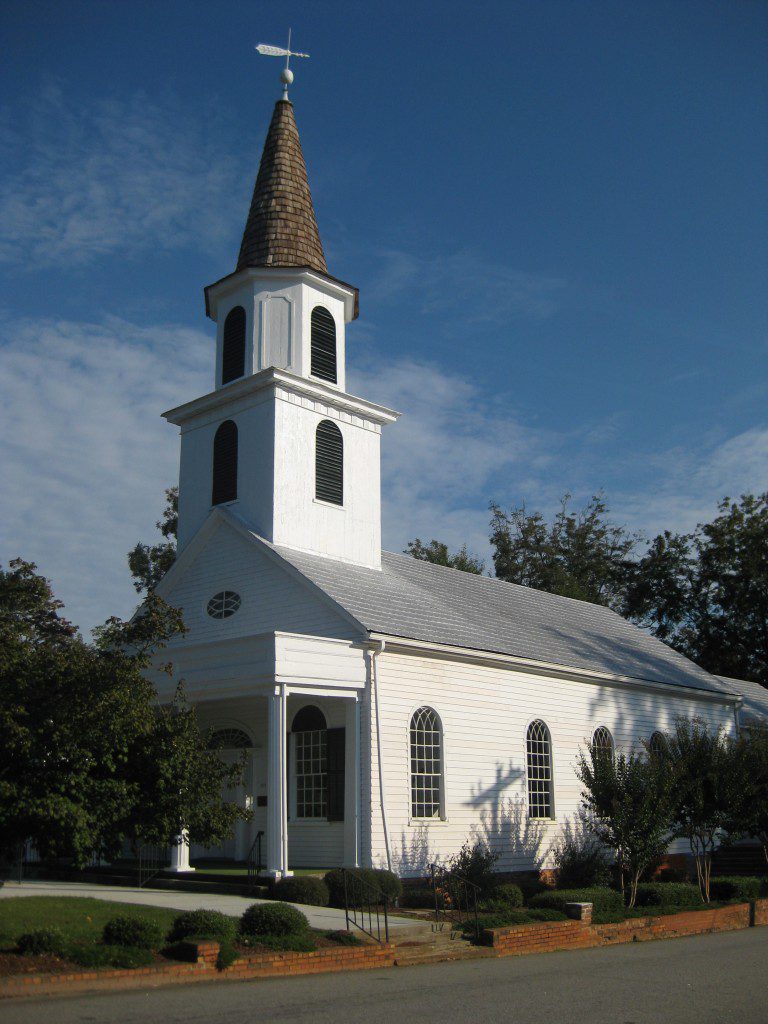 This occurred in the combox of an article I did at Catholic365: What to Do About Mediocre, Milky Homilies at Mass (4-11-15). John Hallman’s words will be in blue.

Read the Bible, and teach it, and you can’t go wrong.

I agree! And teach it within the framework of approved Catholic apostolic tradition, so there is no error, since the devil is the father of lies.

Dave Armstrong LOL! Approved by the church fathers. Men, in other words, who still to this day create new “scripture”? Er, no thanks. I understand that to Catholics, the church takes precedence and must be obeyed but as a non-Catholic, I take my authority from God rather than men. That way, I can avoid those sticky things like purgatory, holy water, Mary as a co-Redemtrix and assumed into heaven. these kinds of things require some pretty agile Bible gymnastics, and my back just isn’t into it. Carry on, though Dave!

I feel like a mosquito in a crowded locker room: where to begin?

1. No new Scripture has been created. Where you got such a silly notion, would be fun to find out. Only Holy Scripture is inspired. No dif there.

Apologies, just seems like it with the seeming hierarchy of beliefs that are non-Biblical.

Thanks for the apology, but “seems like it” is inadequate to make such a charge. You must document such [outlandish] charges. Once I called you on it, you realized you couldn’t, and retracted it, which is admirable.

2. The Church doesn’t take “precedence’; rather, we believe in a “three-legged stool” rule of faith: Bible – Church-Tradition. None is “above” the other, and all harmonize with each other. In Protestantism, it is a free-for-all, with hundreds of denominations (a completely unbiblical concept) offering contradictory interpretations and doctrines: including several that can’t be traced back to the early Church or the Bible.

Apart from the (false) slam at Protestantism (great try, you’re very funny!), you are entitled to equating the church men with the Bible, but I would politely disagree that there is basis for equivalency there. Not to be trite, but when you equate “God says it”, with “man says it” and “we’ve always done it this way”, it just seems like something is a wee bit amiss.”

Nothing I said about Protestantism above is false. It’s all demonstrably true. No Protestant can deny that there are massive internal contradictions, causing confusion among the flock and (logically necessary) error, in cases of contradiction. Falsehood is not from God; it’s from the devil. You have yet to prove falsehood in Catholicism. But everyone knows that falsehood is present in Protestantism somewhere — simply from the presence of contradiction. It’s there, and it has a bad effect, as all untruths do.

I merely noted that in our thinking, the Church isn’t above the Bible. That is the standard false stereotype. We believe that the Church and tradition are necessary as frameworks for the proper, unified interpretation of the Bible.

You’re the one who claimed you were simply following “God rather than men” (standard Protestant boilerplate rhetoric). I showed that it is not as simple as it sounds: that you still must interpret, and when Protestants do that, they invariably disagree with each other, and so someone is therefore wrong.

3. God gave men authority in His Church to represent Him, starting with Peter. False dichotomy, but a very typical one.

I’ve read those manly interpretations of the Bible verses, and feel that they are still wrong. There is no apostolic succession if you understand what an apostle was. False assumption to justify the popes, but a very typical one.

Really? So Jesus was wrong, when He said, “You are Peter [Rock] and upon this rock I will build my Church”? [Matthew 16:18] Many of the best Protestant commentators concur that Peter (not just his faith) is the Rock. Thus, God gave men authority over His Church. There are also bishops in the Church, as the Bible repeatedly states. Who is your bishop?

You misunderstand apostolic succession. We’re not saying that bishops are apostles, but that they succeed the apostles. This is based on explicit biblical example (Acts 1:20-26, where Judas was replaced). In Acts 1:20, “office” (KJV) is “bishopric” in KJV (derived from the Greek, episkopos). Paul also appears to pass his authority on to Timothy. And so it goes down through history.

4. You don’t get your authority “from God” but rather, “from God via some particular Protestant denominational tradition.” You then say that is “from God” — but it assumes a fallacious premise.

Nice try, incorrect, but nice since it is what you have to work with. Let’s go for 120,000 denominations, shall we? It’s not correct, either, but using hyperbole gives you certain flexibility.

You have not offered any reply to what I wrote. I didn’t say “120,000 denominations.” I said “hundreds.” [in my #2 above] For over ten years now, I have argued against using the large numbers, because they are based on wrong categories. Any number of “churches” or “denominations” beyond ONE is unbiblical. There is but one Church.

5. Ah yes: the obligatory laundry list of despised Catholic doctrines. I defend all at great length, offering many biblical arguments.

I’ll check out your blog, thanks. Should be interesting, if my back can hold up to the gyrations needed to justify these.”

I’ll pray that God will give you patience to be able to “withstand” so much truth. :-)

6. If you are willing to believe ALL the Bible: not just those portions that are predigested and regurgitated back to you via Protestant preaching and man-made denominational tradition, come talk to us in the Catholic Church.

I pray that you do the same, and read the Bible.

I’ve been reading the Bible and defending it intensely for over 37 years. I even produced my own NT “version”.

I’ve been a Catholic, for many years, and absorbed all the teaching.

You have shown me scarcely any indication that you understand Catholic teaching, or its rationale. Did you ever read Catholic apologetics while you were a Catholic, so you could grasp why you believed what you did as a Catholic?

And believed it, at least until I started reading the Bible and learning a lot more, and in depth.

. . . and took in Protestant interpretations of it, that stem from man-made traditions, insofar as they contradict Catholic teaching.

Then I realized what the true Word of God is, and what salvation is.

What you realized was a particular Protestant version of all that: elements of which are novel and unbiblical and can’t be found in the early Church.

These are not incompatible with Catholicism,

Glad to hear you say that. It shows that you are not [theologically] anti-Catholic and totally immune to reason.

but the Catholics put so many things on it, so many rules, regulations, traditions, and yes even made up stuff, that it seems they’ve gotten away from the message of Jesus Christ’s death and resurrection, for our salvation.

So you say. I’ve defended all these things you deny. It’s what I do for a living, and my specialty is “biblical evidence for Catholicism.” Catholicism is a deeply biblical religion. It delves into Scripture in far more depth than any form of Protestantism ever has, because we believe ALL of Scripture and don’t arbitrarily ignore large portions. Protestants must do that because many things in the Bible don’t fit into their belief-system, such as, e.g., denominations, Scripture Alone, imputed justification, denial of the Real Presence in the Eucharist, and denial of baptismal regeneration.

We can freely accept and rejoice in all of Scripture, because nowhere does it contradict Catholic teaching.

Thanks for the exchange.

Amen… but is there any other way for us to reach these Protestants rather than telling them how wrong they are??

Jesus told the Pharisees how wrong they were, in no uncertain terms; substituting their own traditions of men for God’s true tradition.

John came in with “guns blazing,” and sure enough, is a former Catholic; therefore, he needs to be shown that the false traditions and premises are not in Catholicism, but in the Protestantism that he has adopted. That may come off sounding “negative” but it is exactly what he needs to hear, and so it is loving. It’s tough love.

He likely won’t accept it now, or even soon, but it never hurts to plant seeds. God can work on Him through His grace, in due course.

In the meantime, many others can read how I respond to him. So it’s good all-around. 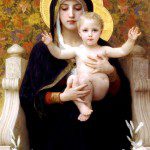 April 9, 2015
Can We Honor Jesus Christ Through His Mother Mary?
Next Post 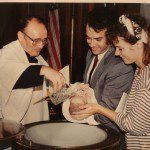