Dialogue with an Anglican Philosopher on Catholic-Protestant Ecumenism

Dialogue with an Anglican Philosopher on Catholic-Protestant Ecumenism May 13, 2015 Dave Armstrong 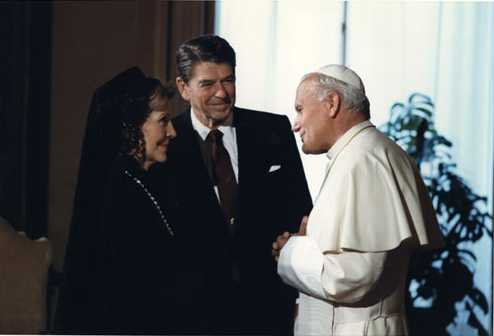 Jerry Walls is a philosophy professor at Houston Baptist University, and received his doctorate from Notre Dame. He himself is Anglican. He will be shortly publishing a book which is a critique of Catholicism. He is not an anti-Catholic. This exchange took place on my (public) Facebook wall. His words will be in blue.

I knew you would not convert me, and I did not see a reasonable hope of my converting you. I believe what you do – but I believe more. I rejoice to think that you with all your heart and soul believe our Lord Jesus Christ to be the Saviour of the world, and of every soul who comes to Him for salvation; and the sole Saviour. I wish you believed the whole counsel of God. But in this bad time, when there are so many unbelievers, I rejoice to think you are not one of them.

All I claimed was that he showed disdain for them in “Development,” in order to bolster his “Rome or nothing claim,” which is true. He also shows similar disdain for the Eastern church in that book. My only interest in Newman pertains to his celebrated argument in that book, which I found wanting in several respects, many of which are shown in Mozley’s reply. And if he did not really believe it’s “Rome or nothing” he should have refrained from that rhetoric. I was frankly even less impressed with his charity in that book than his arguments.

You also made a remark about Newman quite possibly rejecting Protestantism as a Christian tradition altogether. Newman treats individuals with extreme charity, regardless of affiliation. He has hard words for Anglicanism and Protestantism, but they have to be interpreted within the framework of many “ecumenical” statements like the one above.

Well it all depends on how serious he is about the “Rome or nothing line,” whether it is just rhetorical exaggeration or he really believes it.

As I already stated (on your wall), that is an argument concerning logical consistency, which all thoughtful Christians make. If we believe our communion is the best or truest one, we will necessarily think that others are less logically consistent.

Newman simply extends that thought all the way, believing that only Catholicism is perfectly consistent. It doesn’t follow that he denies that any non-Catholic Christian group (and esp. individuals) is Christian at all. All the evidence is against such an alleged denial.

I’ve done the same thing myself for 25 years, holding that any form of Protestantism is viciously circular and unable to be consistently maintained under scrutiny, in terms of logic and its relation to historical facts and the Bible.

At the same time, I have very warm, affectionate relations with many Protestants, whom I consider my esteemed brethren in Christ, and have written dozens of ecumenical posts and book chapters.

Yes, he seems to recognize incoherent Protestants as in some sense Christians in his other writings. But in “Development” his comments about other Christians are not only dismissive but also comical caricatures.

I have already agreed that he broad-brushes. He has a deep contempt in particular for Wesley and Methodism that I have never understood. Yet even there he recognizes the good qualities found therein.

Yeah, too bad all of us Protestant Christian philosophers can’t see how incoherent we are.

You say Catholicism is incoherent and inconsistent. That’s inherent in any strong critique of another view. What the Hades is the difference? I see none. Insofar as we say x, y, and z in another view are incorrect, we are alleging inconsistency: more so, the more examples we submit.

No, I’m inclined to think it is possible to be a consistent RC, given your assumptions. You can be wrong without being inconsistent, or at least obviously or demonstrably so.

That’s what I think about Calvinism. But that is only post-premises. If we disagree with another view, we have to either critique its premises, or consistent application from premises, or both.

So, e.g., in critiquing us, if you deny the three-legged stool rule of faith (Scripture-Tradition-Church), that is the major premise of authority we operate on. We may consistently apply it, but are wrong (in your eyes) because the premise is wrong.

Conversely, we deny your premise of sola Scriptura, and say that the massive edifice you build upon it is built upon the flimsy foundation of unbiblical, illogical sand.

Again, too bad all us Protestant philosophers have a faith that is flimsy, unbiblical and illogical. With ecumenism like this, who needs sectarians?!

Okay; what is it that you think ecumenism is? I think all trinitarian, baptized Protestants are brothers in Christ, part of the kingdom and body of Christ; the great bulk of whom will likely be saved and in heaven. At the same time they believe some false doctrines (a small minority of their entirety of beliefs) and fail to believe some things that we think they should (Catholic “distinctives”).

What is so uncharitable or unecumenical in such a view? How is it vastly different from your view of Catholicism? Did I say your weekly worship adored Ba’al, as the Lutheran Confessions say of us, or that it is relentlessly blasphemous, sacrilegious, and idolatrous, as Calvin and Luther say of our Mass?

It’s not uncharitable to claim that another Christian view has less support from the Bible or logic than your own. Certainly if you are writing a book about Catholicism, you will do that. You do so without being anti-Catholic or bigoted, just as I make my critiques without being anti-Protestant or bigoted.

I’m extremely grateful for my evangelical background, as I have made clear many times in papers, books, and radio interviews. I view it as a very good thing overall, but I view Catholicism as “better” and “the fullness of Christian faith.”

A belief in “One True Church” is not inconsistent with a high respect for Protestants, who are imperfectly part of that Church by virtue of baptism, the Nicene Creed, and a host of commonalities. Protestants don’t like talk of “The Church.” Their presuppositions make it almost inevitable that they will regard such a view as intolerant and insufferably arrogant. I did this myself. My biggest bugaboos were papal and Church infallibility (which I thought were the height of absurdity): far more than Mary.

I got no problem with the church, I just recognize the holy catholic Church is much larger than Rome. But we will just have to disagree and you can read my reasons if you want when our book comes out.

Exactly. The difference is on the definition of the Church. I follow the one that was held from the beginning. You prefer the post-16th century definition. :-)

It’s pretty likely that I will be critiquing your book to some extent. I’ve been waiting for an intelligent non-anti-Catholic critique of Catholicism since Geisler’s excellent book some 20 years ago now.

Question begging as you surely know. If not, I can’t help you.

I still await an answer as to what is so unecumenical in a Catholic holding his views, yet respecting Protestants as Christian brethren.

[C]ultivate that great virtue, faith, which I acknowledge may be possessed in the Anglican Church; which, knowing your earnestness and sincerity, I will believe you possess in it, if you tell me so. This is not inconsistent with my holding that in reality there is ’no medium between scepticism and Catholicism –’ and on the contrary quite consistent with my saying that if you join us, it must be ’to save your soul’ . . . (Blessed John Henry Cardinal Newman to an Unknown Correspondent, beginning of 1871?; from Letters & Diaries, v. 25, p. 261)

To paraphrase my actual counter-argument earlier:

“Well, I’d say thinking a fellow Christian’s worship every Sunday is the worship of Ba’al, sacrilegious, idolatrous, and blasphemous is not very ecumenical.”

I mean, I only think Roman views are unbiblical and flimsy, but I am inclined to think you can be consistent, given your assumptions.

So now we disagree on only one of the three (and we don’t really even disagree on that). I have already stated that I think Calvinism is consistent, given its assumptions. I’d say the same for Arminianism (my old view, and similar to my Molinist [Congruist] soteriology now). So we’re in exactly the same boat vis-a-vis each other’s views. Yet you seem to think we are not.

I do moreover, believe you hold essential biblical truth, even if I think you hold a lot that is not.

. . . which is exactly what the Catholic Church and Catholics think of Protestantism and Protestants.

As we do you, though in an imperfect, not fully realized sense; by virtue of baptismal regeneration.

and would gladly invite you to share the sacrament at my church.

A nice gesture . . . Closed communion, however, is not inherently “intolerant.” Thus, some Protestants, such as Lutherans, practice it, on the basis of assumed prior doctrinal agreement.

I have no intention of getting into these issues here.

No need to, Jerry. I just demonstrated that we are no different at all, in terms of ecumenical outlook. We have theological differences, but not ecumenical ones (nothing serious, anyway).

I am co-authoring a book explaining why I am not a Roman Catholic. If you want to know my views you can read them there.

I will, and I will be responding to it at length. 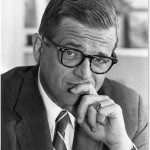 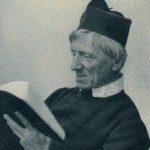 May 23, 2015 Intro.: "Cardinal Newman: Q & A in Theology, Church History, & Conversion"
Recent Comments
0 | Leave a Comment
"That's Gary's area of expertise, so he could provide a much better reply than I ..."
Dave Armstrong 1 Esdras & the Canon of ..."
"Hey Dave, please come respond to Steve Christie in the comment section in Gary Michuta's ..."
Anthony 1 Esdras & the Canon of ..."
"I'm glad someone is defending the Pope. Seems he's attacked on all sides, even by ..."
Gabriela Why is Pope Francis So Loved ..."
"Hi Michael,I didn't realize that you were an adherent of Judaism. We ought to have ..."
Dave Armstrong Refuting 59 of Michael Alter’s Resurrection ..."
Browse Our Archives
get the latest from
Biblical Evidence for Catholicism
Sign up for our newsletter
POPULAR AT PATHEOS Catholic
1