“The Butcher and the Hog”: On Relentless Biblical Skepticism

“The Butcher and the Hog”: On Relentless Biblical Skepticism September 21, 2015 Dave Armstrong 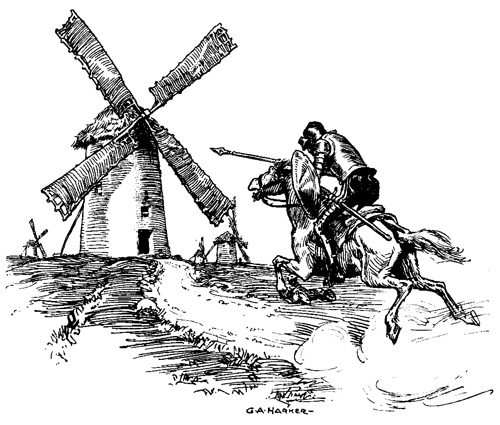 I’ve often said that the atheist or otherwise relentlessly skeptical person who wars against the Bible, approaches Holy Scripture like a butcher approaches a hog. They’ll never understand it by means of such a ludicrous and hostile method. There can be legitimate questions, on a certain level, and sincerely inquiring people, of course, but in the final analysis, skepticism as a sort of overriding “spirit” is nonsense from where I sit. The apologist quickly learns to discern when someone is sincerely troubled by a passage or idea in the Bible, and when one is merely playing; enjoying the tweaking of Christians and making them look as silly as possible, in order to dismiss Christianity itself.

This sort of atheist or Bible skeptic loves to gleefully suggest supposed contradictions in the Bible, so he can feel all the more comfortable and comfy-cozy in his atheist / skeptical “skin.” He can confidently, triumphantly face each new day with his head held high, “knowing” that he has “refuted” those ignorant, lying, intellectually dishonest Christian apologists once again. He correctly understands the Bible; we Christians don’t, because (so he tells us) we are blinded by our belief in inspired written revelation.

Everyone has their natural biases of party affiliation; sure. I’ve always acknowledged that. But there is bias, and there is BIAS (if you know what I mean). These folks truly see what they want to see. When it comes to butchering individual Bible passages, we Christians refer to that with the 50-cent word eisegesis, which means literally “reading into the text [what is not there].”

We can be assured that when these types set out to “interpret” the Bible the result always comes out the same: the Bible is untrustworthy and self-contradictory. It’s made up. It’s not what it purports to be: not even on the level of historical analysis and verification (wholly apart from the question of error-free inspiration).

Now, it is true, on the other hand, that when Christians (like myself), who believe in biblical inspiration and infallibility, interpret the Bible, it “comes out” harmonious and self-consistent. Very true. We have a bias “fer,” and the atheist has a bias “agin” the Bible. That’s a given. All we can do in the final analysis is apply the logic and common sense that both sides presumably have (or should have) in common, and let the reader determine which individual interpretation is more plausible and reasonable to hold.

The problem, bottom-line, with this sort of skepticism, however, is that an apologist like myself could possibly “solve” one or two or three proposed “difficulties” or “contradictions” to the skeptic’s satisfaction, but they will simply come up with ten more. I learned this many years ago (I’ve been doing apologetics now for 34 years) It never ends. The problem is at the presuppositional level, causing one to be forever skeptical.

The apologist can’t solve that problem, but in any event, we have to decide how many hundreds of hours to spend answering garden variety objections till Kingdom Come, or to draw the line somewhere, realizing that we can never argue someone into Christianity by answering 952 objections to this or that in the Bible and/or Church. That ain’t the way that people of this sort are persuaded.

What atheists and biblical skeptics overlook is that one already has to have an interpretive grid or framework in place in order to interpret the evidence in the first place. There is no such thing as a clean slate. To deny that prior interpretation is required in order to weigh the evidence and have some method of determining what is compelling evidence, is epistemologically naive.

These folks have no intention whatsoever of affording the biblical documents even minimal respect. It’s pure skepticism. They disrespect it as their starting presupposition and therefore they keep “finding” out information that causes them to hate it all the more.

Yet we constantly hear from them a bunch of hooey, that they are approaching it with total objectivity and fairness, that just so happens in each and every case to cause them to conclude (surprise!) it is untrustworthy and contradictory. They find what they want to find (special pleading) because their  mind is already made up before you begin any particular “study.”

We should always ask these skeptics when there was ever a time when they set out to show that the Bible was contradictory, but then discovered that [in a particular case] it wasn’t, and that the Christian argument was more plausible. But just one would not prove  fair-mindedness. Several such instances might indicate open-mindedness and the absence of an “anti-Bible” agenda. But if the conclusions are never other than what we expect from the Bible skeptic (biblical contradiction) then they shouldn’t expect us Christians to stop questioning their hostile premises and a hostile overall agenda. It’s perfectly reasonable and plausible for us to conclude what we do, from the “evidence” of  relentlessly skeptical conclusions.

In terms merely of literary study or research, clearly the person who loves and respects a document (whether it is a religious document or not) is in a much better place to accurately interpret and understand it (despite quite possible mistakes arising from too much favorable bias) than the one who hates the same document for some reason: thinks that it fosters immorality, is a bunch of fairy tales, is the result of cynical after-the-fact tampering, contains moral and logical and theological ludicrosities, presents a false metaphysic, etc.

I don’t see how that is even arguable. But the skeptic and/or atheist has to fight against it in order to maintain this farcical facade of supposed neutrality, extraordinary open-mindedness and superior intelligence and logical acumen, that most agnostics and atheists seem to assume is true of themselves as a matter of course, over against us (as the caricature would have it) evidence- and reason-fearing, gullible Christians.

It’s part of the hostile brand of atheist’s (or “anti-theist’s”) persona and self-perception: “we are the open-minded, smart ones. We go where evidence leads; those Christians don’t do that; they are dogmatic, anti-science, anti-reason, and prone to infantile belief in fairy tales and myths.” 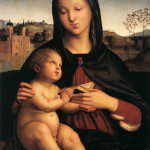 September 19, 2015
Martin Luther and Mary's Virginity During Childbirth
Next Post 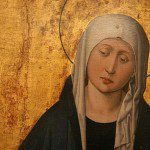 September 21, 2015 The Imitation of the Blessed Virgin Mary (Our Model)
Recent Comments
0 | Leave a Comment
Browse Our Archives
get the latest from
Biblical Evidence for Catholicism
Sign up for our newsletter
POPULAR AT PATHEOS Catholic
1