Sinful & Reckless “Bad Popes”: How Many Were There? 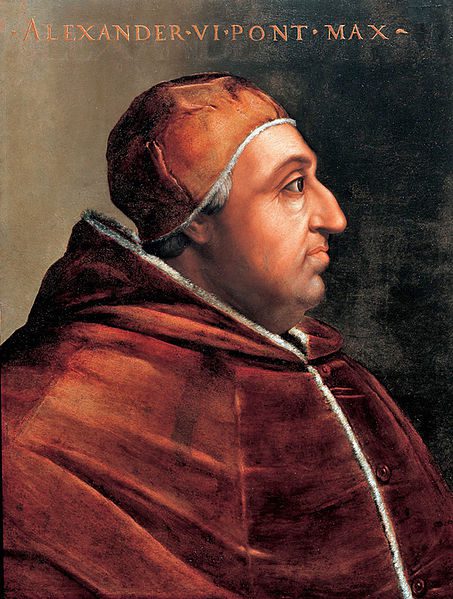 The Wikipedia article, “The Bad Popes” follows the list of eight scoundrels, from Russell Chamberlain”s book of the same name:

Pope Stephen VI (896-897), who had his predecessor Pope Formosus exhumed, tried, de-fingered, briefly reburied, and thrown in the Tiber

Pope John XII (937-964), who gave land to a mistress, murdered several people, and was killed by a man who caught him in bed with his wife.

Pope Urban VI (1378-1389), who complained that he did not hear enough screaming when Cardinals who had conspired against him were tortured.

Pope Alexander VI (1492-1503), a Borgia, who was guilty of nepotism and whose unattended corpse swelled until it could barely fit in a coffin.

Pope Leo X (1513-1521), a spendthrift member of the Medici family who once spent 1/7 of his predecessors reserves on a single ceremony

Pope Clement VII (1523-1534), also a Medici, whose power-politicking with France, Spain, and Germany got Rome sacked.

One can follow the links to individual articles from Wikipedia, or else links to Catholic Encyclopedia articles below:

See also the article, “Good and Bad Popes,” by J. Dominguez. He writes:

Unfortunately, there was a line of Borgia and Medici Popes that were horrible. This was the manure that fertilized the ground for the Protestant Reformation. There were several bad Popes in the middle ages. Some sold Cardinalships to fund armies. It was not pretty… Rodrigo Borgia (A.K.A. Alexander VI) used his daughter Lucrezia getting her married with important men for political reasons … some even call him (pardon the expression) a “pimp!!!” . . .
There have been about ten corrupt popes, out of a total of 264 [3.7%]. The most infamous pope in history was probably Pope Alexander VI (1492-1503) who had seven illegitimate children as a cardinal, which he openly acknowledged.

In his article, “The Popes and Sanctity,” Deacon Gerald A. Foley observed:

It might be worth while mentioning the “Renaissance Papacy” in general. This period, which extended from the papacy of Paul II (1464-71) up to Pius IV (1559-65), has the reputation for producing popes who were all either immoral, corrupt, or both. This is not in fact the case. With the exception of Pope Alexander VI already mentioned, many of these popes were in fact neither corrupt nor immoral. It must be admitted, though, that they may not have given the Church the leadership She needed during this time, especially with regard to reform and he calling of the needed Council (namely, Trent). Pope Sixtus IV (1471-84), for example, was a holy man. Julius II (1503-13) certainly loved the Church, and was the pope responsible for commissioning the new St. Peter’s. But he wasn’t as committed to reform as perhaps he should have been. Even Pope Leo X (1513-21) was not a corrupt man, though his lifestyle was self-indulgent. Pope Adrian VI (1522-3) was a holy man. With the exception of Julius III (1550-5) the later popes of this period (Paul III (1534-49), Marcellus II (1555), Paul IV (1555-9) and Pius IV (1559-65) all were committed to reform. . . . Only a handful have been truly corrupt. It is surely a sign of the divine institution of the Papacy that this is so. Even those corrupt popes never taught anything against faith or morals.

Pope Sergius III (904-911) had his predecessors Pope Benedict IV and Pope Leo V strangled to death in prison. In Rome, he was supported by 3 major families, one being the Theophylacts. One of their daughters, Marozia, he had a child, the latter Pope John XI. He is considered to be responsible for starting a period known as The Rule of the Harlots.

“There have been forty popes since 1565. None of them are known to have been sexually active during their papacy.”

Some more “bad popes”, not on the above lists:

Pope Clement VI (1342–1352) according to contemporary writer Petrarch led a dissolute life both before and after his election to the papacy. Countess of Turenne was ostensibly his main mistress.

Pope Julius III (1550–1555) was accused of having homosexual relations with his adoptive nephew Innocenzo Ciocchi del Monte whom he made a cardinal shortly after his election to the papacy. Some others claimed also that he was his father. None of these allegations, however, have been confirmed with certainty.

Clearly, Christ entrusted the role of Apostle to weak, even at times wicked men, But does that fact somehow disqualify them from fulfilling the purpose for which He called them? Of course not. God’s grace is more powerful than man’s sin, and the same is true when it comes to the papacy.

Yes, there have been some wicked popes. Corruption, immorality, even murder, were sins committed by some bishops of Rome. But what does that prove, except that they, like the Apostles, were not always faithful to the graces God gave them? This is true of all of us, to one extent or another. The fact that there have been bad popes — and that’s a fact no Catholic disputes — does not disprove the doctrine of the papacy.

. . . The fact is, most of the popes have been good — even heroically good — men. They have been, on the whole, good examples of Christian virtue and perseverance in the apostolate. That fact is very easily forgotten by critics of the papacy. (pp. 131-132)

Madrid goes on to cite the example of the high priest Caiaphas in the Bible during the time of Jesus, and how God used a sinful man, even a wicked one, to “utter inspired prophecy” (John 11:49-55). Another example he gives is the authority of the Jews who occupied the “seat of Moses” (Matthew 23:1-3). We need not mention Judas, whom the Lord Himself chose (and he is called an apostle along with the others), and the weak example of the first pope, Peter, whom Jesus called Satan (Matthew 16:23), and who denied Jesus (John 13:38). 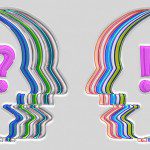 November 10, 2015
Dialogue with an Atheist Concerning Analogical Arguments
Next Post 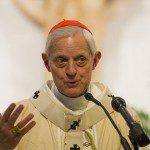