Biblical Evidences for the Perpetual Virginity of Mary 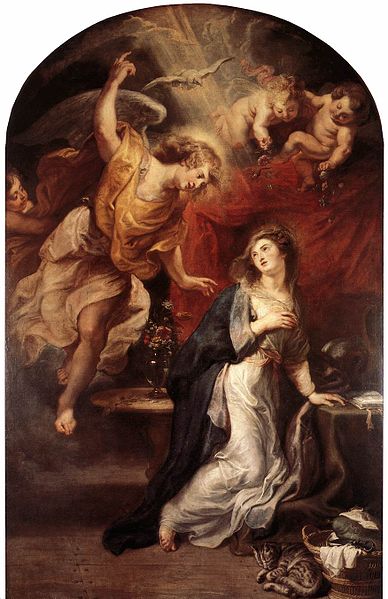 The Greek word for brother in the New Testament is adelphos. The well-known Protestant linguistic reference An Expository Dictionary of New Testament Words [by W. E. Vine], defines it as follows:

Adelphos: denotes a brother, or near kinsman; in the plural, a community based on identity of origin or life. It is used of:

It is evident, therefore, from the range of possible definitions of adelphos, that Jesus’ “brothers” need not necessarily be siblings of Jesus on linguistic grounds, as many commentators, learned and unlearned, seem to assume uncritically. By examining the use of adelphos and related words in Hebrew, and by comparing Scripture with Scripture (“exegesis”), one can determine the most sensible explanation of all the biblical data taken collectively. Many examples prove that adelphos has a very wide variety of meanings:

* Neither Hebrew nor Aramaic has a word for cousin. Although the New Testament was written in Greek, which does have such a word, the literal rendering of the Hebrew word ach, which was used by the first disciples and Jesus, is indeed adelphos, the literal equivalent of the English “brother.” But even in English, brother has multiple meanings as well.

Moving on to more direct biblical evidences of the perpetual virginity of Mary, we discover the following facts:

* In Luke 2:41-51: the story of Mary and Joseph taking Jesus to the Temple at the age of twelve, it is fairly obvious that Jesus is the only child. Since everyone agrees he was the first child of Mary, if there were up to five or more siblings, as some maintain (arguing, for example, from Matthew 13:55), they were nowhere to be found at this time. This passage alone furnishes a strong argument for the implausibility of the “literal brothers” theory.

* Jesus Himself uses brethren in the larger sense. In Matthew 23:8 He calls the “crowds” and His “disciples” (23:1) “brethren.” In other words, they are each other’s “brothers” (that is, the brotherhood of Christians). In Matthew 12:49-50 he calls his disciples and all who do the will of his Father “my brothers.”

* By comparing Matthew 27:56, Mark 15:40, and John 19:25, we find that James and Joseph — mentioned in Matthew 13:55 with Simon and Jude as Jesus’ “brothers” — are also called sons of Mary, wife of Clopas. This other Mary (Matthew 27:61, 28:1) is called Our Lady’s adelphe in John 19:25 (it isn’t likely that there were two women named “Mary” in one family — thus even this usage apparently means “cousin” or more distant relative). Matthew 13:55-56 and Mark 6:3 mention Simon, Jude and “sisters” along with James and Joseph, calling all adelphoi. Since we know for sure that at least James and Joseph are not Jesus’ blood brothers, the most likely interpretation of Matthew 13:55 is that all these “brothers” are cousins, according to the linguistic conventions discussed above. At the very least, the term brother is not determinative in and of itself.

* Firstborn: the use of this term to assert that Mary had “second-borns” and “third-borns” proves nothing, since the primary meaning of the Greek prototokos is “pre-eminent”. To illustrate: David is described by God as the firstborn, the highest of the kings of the earth (Ps. 89:27). Likewise, God refers to Ephraim (Jeremiah 31:9) and the nation Israel (Exod. 4:22) as “my firstborn.” Jesus is called “the firstborn of all creation” in Colossians 1:15, meaning, according to all reputable Greek lexicons, that he was pre-eminent over creation, that is, the Creator. The Jewish rabbinical writers even called God the Father Bekorah Shelolam, meaning “firstborn”. Similarly, God is called the “first” in Scripture (Isa. 41:4; 44:6; 48:12; cf. Rev. 1:8; 21:6-7). Christians are called “the firstborn” in Hebrews 12:23. Literally speaking, however, among the Jews, the firstborn was ordinarily the child who was first to open the womb (Exod. 13:2), whether there were other children or not. This is probably the meaning of Matthew 1:25, in which case hypothetical younger children of Mary are not implied at all, contrary to the standard present-day Protestant assertions.

* Mary is committed to the care of the Apostle John by Jesus from the Cross (John 19:26-27). Many Protestant interpreters agree with the Catholic view that Jesus likely would not have done this if he had brothers (who would all have been younger than he was). Many Church Fathers held this interpretation, including St. Athanasius, St. Epiphanius, St. Hilary, St. Jerome, and St. Ambrose, and used it in the defense of Mary’s perpetual virginity.

* Catholics believe that Mary’s reply to the angel Gabriel’s announcement that she would bear the Messiah, at the Annunciation — “How can this be, since I have no husband?” (Luke 1:34) — indicates a prior vow of perpetual virginity. St. Augustine, in his work Holy Virginity (4, 4), wrote: “Surely, she would not say, ‘How shall this be?’ unless she had already vowed herself to God as a virgin . . . If she intended to have intercourse, she wouldn’t have asked this question!”

These conclusions are not merely the result of “Catholic bias” and special pleading, as many charge. For example, the prominent Protestant Commentary on the Whole Bible comments on Matthew 13:55:

An exceedingly difficult question here arises: What were these “brethren” and “sisters” to Jesus? Were they, first, His full brothers and sisters? Or, secondly, Were they His step-brothers and step-sisters, children of Joseph by a former marriage? Or, thirdly, were they His cousins, according to a common way of speaking among the Jews respecting persons of collateral descent? On this subject an immense deal has been written, nor are opinions yet by any means agreed . . . In addition to other objections, many of the best interpreters, . . . prefer the third opinion . . . Thus dubiously we prefer to leave this vexed question, encompassed as it is with difficulties. 203

This verse has been used as an argument that Mary did not remain a virgin after the birth of Jesus, but the same Protestant source also comments:

The word till does not necessarily imply that they lived on a different footing afterward (as will be evident from the use of the same word in 1 Samuel 15:35; 2 Samuel 6:23; Matthew 12:20); nor does the word firstborn decide the much-disputed question, whether Mary had any children to Joseph after the birth of Christ; for, as Lightfoot says, “The law, in speaking of the firstborn, regarded not whether any were born after or no, but only that none were born before.” 204

John Calvin used this very argument to establish the fact of Mary’s perpetual virginity, which he believed (based primarily on Scripture alone), as did Luther, Zwingli, Bullinger, and many later prominent, theologically conservative, and scholarly Protestants (such as John Wesley). No one had ever denied this doctrine until the late 4th century, when one Helvidius tangled unsuccessfully with St. Jerome. Calvin appealed to St. Jerome in his own commentary on this issue, and the issue of Jesus’ supposed blood brothers did not come up again until the last few centuries, in which “higher criticism” has often been employed to question traditional interpretations of the Bible. 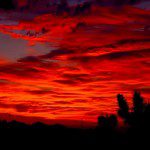 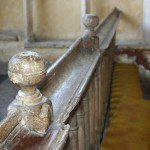 December 6, 2015 Kneeling for Communion and Worship (Reverent Posture)
Recent Comments
0 | Leave a Comment
Browse Our Archives
get the latest from
Biblical Evidence for Catholicism
Sign up for our newsletter
POPULAR AT PATHEOS Catholic
1