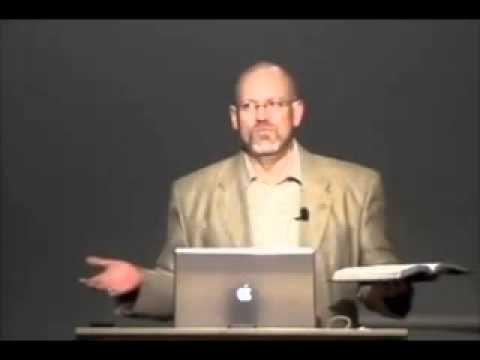 This discussion of the actual number of Protestant denominations is no big deal in the grand scheme of things, but since White took it upon himself to make a general blast against Catholic apologists and organizations using this figure, I thought it was important to show the facts that at least one of that number (yours truly) has been on record for over eleven years denying that there are 33,000 denominations: or anything near that.

Anti-Catholic reformed Baptist apologist James White was talking about the topic in the last few days because of an article by my good friend and apologist comrade Scott Eric Alt, entitled, “We Need to Stop Saying That There Are 33,000 Protestant Denominations” (National Catholic Register, 2-9-16). White applauded Scott (literally, clapping his hands during his webcast) for noting this. It’s extremely rare for White to praise any Catholic apologist for anything.

I posted an article with almost the identical arguments on 4 September 2004. I’m not saying that Scott plagiarized mine (!); I’m merely noting that I made the same argument. It’s nothing new; though I am very happy that it is getting more attention now, with Scott’s article. Telling falsehoods does not help our Catholic apologetics effort. It’s a matter of intellectual integrity and honesty.

This utterly meaningless number has been repeated over and over again, ad nauseam, on the Coming Home Network, by EWTN, by Tim Staples, and the guy with the funny hat who goes over to Israel [Steve Ray], and all sorts of folks like that. They just repeat it ad nauseam. And I can guarantee you, Scott Eric Alt will hear them repeating it over and over again in the future, too. It’s like reflex; they can’t stop. It’s so much a part of their DNA that I just don’t think they can stop. They will keep repeating it; they really will; they really will.

White noted during the webcast that he had written about the issue on his website about ten years ago or so. I looked it up. It was dated 22 August 2007. My paper thus preceded his by almost three years (here is an Internet Archive version of it, from 28 November 2004). A great irony, too, is that I was actually convinced to change my opinion by arguments from Eric Svendsen: a vehement anti-Catholic polemicist much like White (who has, alas, since departed the Internet), who despises and detests me just as White has since 1995, after the latter performed very poorly in our initial lengthy written debate (I’ll spare readers any examples of the innumerable juvenile, rank insults he has lobbed my way, though they are a lot of fun). My thought at the time was  — as it always is — “truth is truth, regardless of its origin” (a denial of the genetic fallacy).

I think we can safely refer to “hundreds” of Protestant denominations, using a cogent doctrinal definition, . . . Biblically speaking, any more than one “denomination” or “Church” is a scandal. The Catholic continues to assert that there is one Church and that the Catholic Church is the fullest institutional expression of that one Church, with other Christians implicitly connected with it to more or less degrees. This (agree or disagree) at least lines up with the biblical witness as to the nature and definition of the Christian Church, rather than being blatantly contrary to the Bible, as the very notion of denominationalism (wholly apart from later disputes about numbers) is.

. . . it does not follow, however, that the scandal of Protestant denominationalism is therefore alleviated. It is scandalous because it entails a false, unbiblical definition of what the Church is, no matter how many of these sects one arrives at, or by what calculation and criteria. . . .

Protestant apologists like Svendsen and White (even ecumenical Protestant apologists and other thinkers) have a huge problem trying to biblically justify denominationalism and sectarianism and in determining the internal causes of same . . . that they have by no means ever resolved or even squarely faced.

That statement was true then, and remains so now, and Protestants today are no more willing to defend denominationalism than they ever were. Luther and Calvin absolutely detested sectarianism from the beginning of their revolt against the Catholic Church, but they had no clue how to analyze the basis of it (which came from their own teaching of sola Scriptura and private judgment) or solutions to it. To be fair, most Protestants today, too, will freely admit that it is scandalous, but they offer no problem-solving ideas as to how to get rid of the scourge of ecclesiological chaos and theological relativism that has infested their ranks from the beginning: these past 499 years. And they can’t, because their principles don’t logically or practically allow any workable solution.

I had to roll my eyes when I read this. It is so fallacious, so fully refuted, and has been for so long, that whenever you find anyone—Tim Staples, John Martignoni, Patrick Madrid, Steve Ray, and the wide-eyed Tiber Swimmers like Mr. McNabb—repeating it, you are listening to someone who simply should not be taken seriously. They are either dishonest (like Ray), or so shallow and cavalier on the matter of truth that they are willing to repeat anything in the service of Mother Rome. . . . the 33,000/36,000/whatever number the Romanist comes up with, is a simple lie without defense, . . . 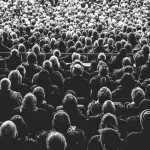 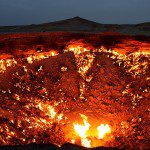 February 21, 2016 Biblical Evidence for an Eternal Hell
Recent Comments
0 | Leave a Comment
"Thanks Dave for all your work defending Pope Francis. May God bless you for it."
Gilbert Fritz Fr. Peter Stravinskas & Irrational Pope ..."
"Thanks! Best I can tell, his main point is that we should know the date ..."
Dave Armstrong Resurrection Debate #2: Date of Jesus’ ..."
"I do not understand the point of Mr. Alter's objection. Is he denying that Jesus ..."
Paul Hoffer Resurrection Debate #2: Date of Jesus’ ..."
"The "Yet another study" apparently - and I am not an epidemiologist! - makes a ..."
gusbovona COVID Potpourri: Herd Immunity, % of ..."
Browse Our Archives
get the latest from
Biblical Evidence for Catholicism
Sign up for our newsletter
POPULAR AT PATHEOS Catholic
1