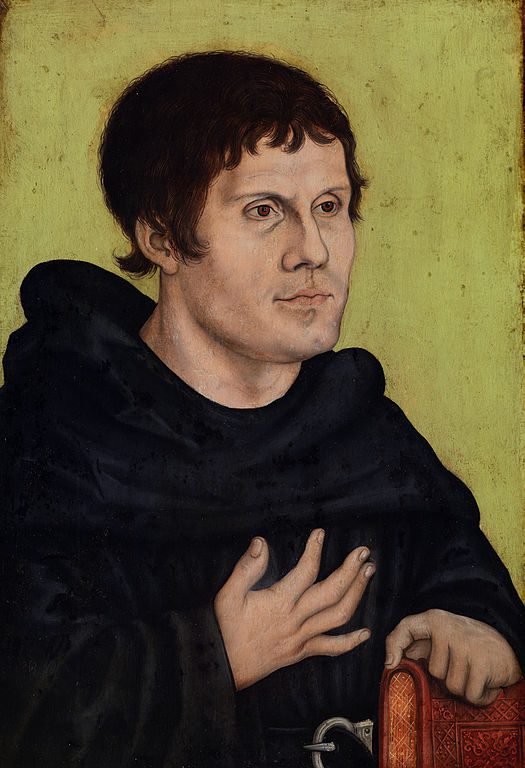 Although he didn’t regard it as a sacrament (but maybe he did, according to one citation below?), Martin Luther nevertheless thought very highly of absolution (preceded by confession) and wished to retain the practice in Lutheranism:

What is the Office of the Keys?

It is the peculiar power which Christ has given to His Church on earth to forgive the sins of penitent sinners, but to retain the sins of the impenitent as long as they do not repent. . . .

What do you believe according to these words?

. . . when they absolve those who repent of their sins and are willing to amend, this is as valid and certain, in heaven also, as if Christ, our dear Lord, dealt with us Himself.

Confession embraces two parts. One is that we confess our sins; the other, that we receive absolution, or forgiveness, from the pastor as from God Himself, and in no wise doubt, but firmly believe, that by it our sins are forgiven before God in heaven. (Small Catechism, 1529, 18-19)

Since Absolution or the Power of the Keys is also an aid and consolation against sin and a bad conscience, ordained by Christ [Himself] in the Gospel, Confession or Absolution ought by no means to be abolished in the Church, especially on account of [tender and] timid consciences and on account of the untrained [and capricious] young people, in order that they may be examined, and instructed in the Christian doctrine. (Smalcald Articles, 1537; Part III, Article III: Confession, section 1)

I wish him [the pope] to keep his hands off the confession and not make of it a compulsion or command, which he has not the power to do. Nevertheless I will allow no man to take private confession away from me, and I would not give it up for all the treasures in the world, since I know what comfort and strength it has given me. No one knows what it can do for him except one who has struggled often and long with the devil. Yea, the devil would have slain me long ago, if the confession had not sustained me . . .

Therefore, no man shall forbid the confession nor keep or draw any one away from it. And if any one is wrestling with his sins and wants to be rid of them and desires a sure word on the matter, let him go and confess to another in secret, and accept what he says to him as if God himself had spoken it through the mouth of this person. However, one who has a strong, firm faith that his sins are forgiven may let this confession go and confess to God alone. But how many have such a strong faith? Therefore, as I have said, I will not let this private confession be taken from me. But I will not have anybody forced to it, but left to each one’s free will.

For our God, the God we have, is not so niggardly that he has left us with only one comfort or strengthening for our conscience, or only one absolution, but we have many absolutions in the gospel and we are richly showered with many absolutions. For instance, we have this in the gospel: “If you forgive men their trespasses, your heavenly Father will also forgive you” [Matt. 6:14]. Another comfort we have in the Lord’s Prayer: “Forgive us our trespasses,” etc. [Matt. 6:12]. A third is our baptism, when I reason thus: See, my Lord, I have been baptized in thy name so that I may be assured of thy grace and mercy. Then we have private confession, when I go and receive a sure absolution as if God himself spoke it, so that I may be assured that my sins are forgiven. Finally, I take to myself the blessed sacrament, when I eat his body and drink his blood as a sign that I am rid of my sins and God has freed me from all my frailties; and in order to make me sure of this, he gives me his body to eat and his blood to drink, so that I shall not and cannot doubt that I have a gracious God.

Luther referred to absolution as a “sacrament” in a short appendix to the Small Catechism, in its first Wittenberg Edition (1529):

[the penitent in confession] Therefore, I beseech you that in God’s stead you will declare forgiveness to me and comfort me with God’s Word.

Another Form of Confession.

I confess before God and you, that I am a miserable sinner and full of all sin, of unbelief, and of blasphemy. I also feel that God’s Word is not bringing forth fruit in me. I hear it, but I do not receive it earnestly. I do not show the works of love toward my neighbor; I am incensed, full of hate and envy toward him. I am impatient, avaricious, and inclined to everything that is evil. Therefore my heart and conscience are heavy and I would gladly be freed of the sins. I plead, please strengthen my little faith and comfort my weak conscience by means of the Divine Word and promise.

Why dost thou desire to receive the Sacrament?

Because I desire to strengthen my soul with God’s word and tokens and to obtain grace.

But in this Office thou dost obtain forgiveness of sin.

And why not? But I want to add God’s token also to the Word; and to seek God’s Word frequently is much the better. (A Short Method of Confessing to the Priest, For the Use of Simple Folk, PE, Vol. VI, 215-216)

As to the current practice of private confession, I am heartily in favor of it, even though it cannot be proved from the Scriptures. It is useful, even necessary, and I would not have it abolished. Indeed, I rejoice that it exists in the church of Christ, for it is a cure without equal for distressed consciences. For when we have laid bare our conscience to our brother and privately made known to him the evil that lurked within, we receive from our brother’s lips the word of comfort spoken by God himself.

. . . I have no doubt but that every one is absolved from his secret sins when he has made confession, privately before any brother, either of his own accord or after being rebuked . . . (The Babylonian Captivity of the Church, 1520, in Three Treatises, 212, 214)

Luther rejects the ecclesiastical rule which requires confession. It cannot be made a law, but it is an indispensable form of the gospel. It is therefore not a requirement but rather a gift which we cannot do without. (Althaus, 317; Luther appears to apply the function of hearing a confession and giving absolution to all Christians, however; not solely to ordained Lutheran pastors)

The Apology for the Augsburg Confession, written by Luther’s close friend Philip Melanchthon in 1531, and binding on Lutherans, describes absolution as a sacrament:

3) If we call Sacraments rites which have the command of God, and to which the promise of grace has been added, it is easy to decide what are properly Sacraments. For rites instituted by men will not in this way be Sacraments properly so called. For it does not belong to human authority to promise grace. Therefore signs instituted without God’s command are not sure signs of grace, even though they perhaps instruct the rude [children or the uncultivated], or admonish as to something [as a painted cross].

4) Therefore Baptism, the Lord’s Supper, and Absolution, which is the Sacrament of Repentance, are truly Sacraments. For these rites have God’s command and the promise of grace, which is peculiar to the New Testament. For when we are baptized, when we eat the Lord’s body, when we are absolved, our hearts must be firmly assured that God truly forgives us . . . (Article XIII [VII]: Of the Number and Use of the Sacraments; from Triglot Concordia: The Symbolical Books of the Evangelical Lutheran Church: German-Latin-English, translated by F. Bente and W.H.T. Dau, St. Louis: Concordia Publishing House, 1921)

The origin and establishment of private Confession lies in the fact that Christ Himself placed His Absolution into the hands of His Christian people . . . God through a human being looses and absolves him from his sins. . . . Confession, as I have often said, consists of two parts. The first is my own work and action, when I lament my sins and desire comfort and refreshment for my soul. The other part is a work that God does when He declares me free of my sin through His Word placed in the mouth of a man. . . . If you are poor and miserable, then go to Confession and make use of its healing medicine. He who feels his misery and need will no doubt develop such a longing for it that he will run toward it with joy. . . . if you want to despise it and proudly continue without Confession, then we must draw the conclusion that you are no Christian and should not enjoy the Sacrament either. For you despise what no Christian should despise. In that way you make it so that you cannot have forgiveness of your sins. (“A Brief Admonition to Confession,” 1529; translated by W. H. T. Dau and F. Bente in 1921; in the “Book of Concord”)

The only “catch” (and it’s a big one) is that Luther thinks any Christian can hear such a confession and grant “absolution”: not just an ordained priest. But what he says above is true, as far as it goes.  We rejoice in truth wherever it is found, even if it is in the midst of a few or many falsehoods, or is a partial truth. Kudos to Luther for expressing the truths above that he sincerely held to.

Photo credit: Posthumous Portrait of Martin Luther as an Augustinian Monk (after 1546), from the workshop of Lucas Cranach the Elder (1472-1553) [public domain / Wikimedia Commons] 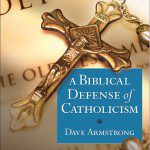 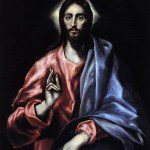 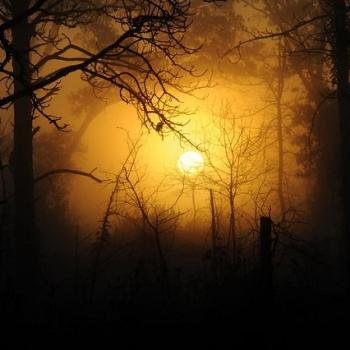