“The Remnant” Replies; Sez I’m a Writer No One’s Ever Read! 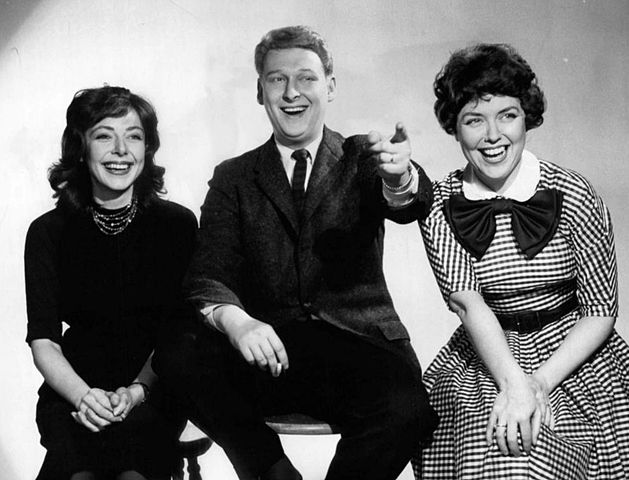 Radical Catholic reactionary online organization The Remnant has gotten wind of my recent article that critiqued them (and perhaps the other one from two days earlier, as well), and has made the following in-depth reply (I offer it in its entirety):

Super Dave Armstrong Takes the Plunge, Attacks The Remnant[complete with video silliness]Written by Michael Matt | EditorI’m told that Super Dave Armstrong is attacking The Remnant over at Patheos. Having never read anything written by this man in the past, I see no point in starting now. As I see it, since nobody else reads Super Dave he surely won’t mind if we dont’ [sic] either. I’d just like to say that, even though he’s now attacking us with his random word generator, I still think Super Dave was pretty funny back in the day.In fact, long live Super Dave! And don’t go changin’, Dave, to try to please us. We love you just the way you were.

The comments are equally ludicrous (this is what passes for intelligent discourse over there):

Lots of laughs and fun there! All of this is, of course, an extended foray into the genetic fallacy (and also the famous “poisoning the well” fallacy): a classic example indeed. In other words, “Who the Hades is Dave Armstrong? No one’s ever heard of him! No one’s ever read his stuff! I’ve never read him, after all! Who the Hades does he think he is to dare critique us? Because he’s a nobody and no one we know has ever heard of him, we’ll simply mock him, and ignore any criticism he makes of us, though for some odd, inexplicable reason we prominently deal with this pretentious blowhard in an article by our editor, classified as a ‘Headline News Article.'”The editor might have made note in the middle of all the juvenile mockery, that my two recent articles were both written in the year 2000, and merely reprinted and reposted at Patheos, since I am in the midst of transitioning my old papers. Save for a “dialogue” in June with Chris Ferrara (in which he used the exact same tactic, arguing that no one read my writings, so why should high and mighty he give them the slightest attention?), I don’t think I have dealt with them since: these past 16 years. I just critiqued Hilary White, however (+ a second time), and she writes for them now. I guess that has them all in a tizzy.

In the aforementioned  exchange with Ferrara: one of the big shots at The Remnant, and a well-known reactionary polemicist, this is how he used the same condescending poisoning the well tactic on my blog and over at The Remnant, too:

I’ve decided the appropriate forum for this debate is the Remnant website. I will reply to you there. I don’t think you have earned the right to have me address your series of insults and arguments that miss the point on this obscure website, ranked four millionth in the world. And the only reason you attracted my notice in the first place—I otherwise ignore your non-stop ranting against traditionalists—is that John Medaille decided to inflict severe damage on our friendship by linking to your vituperative “commentary.” So, I will “see” you over there when I have the time to post replies. But I too am about to embark on a trip. So, whenever. . . .

If you aren’t willing to debate in my forum, I will answer you anyway, as time permits. Your “commentary” is a useful example of why you do not have a serious forum. And your prediction was wrong: there was no insult in the comment I posted. The insults came entirely from you, which is the reason I don’t care to dignify this forum. If you don’t wish to address my replies that is your prerogative. But I have no duty to address them here, where nobody goes anyway.

I don’t have a lot of time to devote to someone who calls me a clown and an imbecile on a website ranked 4 millionth in the world, but your defense of Laudato provides a useful example of the neo-Catholic cover up that is constantly underway during this pontificate. . . .

Moving on to the request of your critique:Reply #3: That’s a nice hat you’re wearing. I think that covers everything.I admit that tackling the issues you have raised has been exhausting, but it was well worth the effort.

My critique of Ferrara’s trashing of Pope Francis’ encyclical on environmentalism was, in fact, the last article written there before my move to Patheos last August. I moved here precisely because I wanted to get more traffic, and blogspot has increasingly not been the way to do that over the last five years or so (whereas it was cutting-edge around 2002 and everyone was flocking to it). I was, alas, slow to learn that. But even the old blog somehow managed to get 2.5 million page views before it moved here: not bad for someone no one has read.

It also received notice from Christianity Today, the American Chesterton Society and Dale Ahlquist, the Malcolm Muggeridge Society, The Los Angeles Times and many other venues and writers, and received “Website of the Year” in 1998 from Patrick Madrid’s Envoy Magazine: all (remarkably) without having been read by anyone! I guess I must sort of ghost-write for myself, huh? Folks are reading my stuff but it ain’t really me! Nor did anyone hear me when I was on Catholic Answers Live twice, and in some 25 other radio interviews: most of them nationally broadcast. But I digress: sorry for the drudgery of documented facts.

I must say that it’s one of the mysteries and curiosities of life that a guy (yours truly!) can be a full-time apologist and author for now over 14 years, with ten books published with five large and reputable publishers (including four bestsellers in the field: carried in libraries such as the Harvard Divinity School and many Catholic seminaries), and ten more with Logos Bible Software: the largest electronic Christian publisher, and receive the lion’s share of his income from book and article royalties: all the while not having been read or heard of by anyone!

I’ll have to contact Sophia Institute Press tomorrow (they have published six books of mine, including one this past July) and let them know that they are making really bad business contracts with me: the author that no one has ever heard of, let alone read. How in the world they manage stay in business issuing terrible deals like this, is anyone’s guess.If anyone can figure out how it’s possible for me to live on nonexistent royalties (since no one reads my books and articles), please let me know! Meanwhile, my bills (for my family of six, in which I am the sole provider) are magically being paid somehow, and have been all along. Maybe Chris Ferrara or Michael Matt have been sending me anonymous checks out of charity and pity for the completely unknown and unread writer / “author”, so that my family can eat and we can have a roof over our heads. Yeah, that must be it. 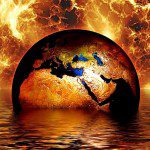 February 17, 2016
Debate on the Reactionary Group, "The Remnant"
Next Post 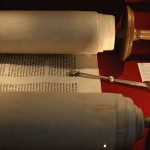 Dialogue w Timothy Flanders #2: State of Emergency?
Timothy S. Flanders is the author of Introduction to the Holy Bible for Traditional Catholics....
view all Catholic blogs
What Are Your Thoughts?leave a comment
Copyright 2008-2020, Patheos. All rights reserved.